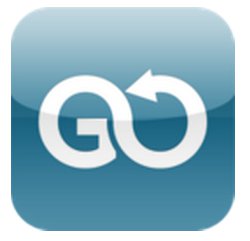 According to news from Mobile Technologies, LLC, the company has developed what they claim is the world’s most advanced foreign language translation tool for travelers. “Jibbigo” is an all-in-one app for iOS devices that can translate 20 languages and dialects.

The free app can not only translate, but users can actually download for use offline without using bandwidth. Supported languages include all the obvious ones; English, Spanish, French, German, Japanese, and Mandarin Chinese, plus some not so obvious ones like Thai, Italian, Portuguese, Danish, and even Bulgarian. The company says many more languages and dialects are in process too. Jibbigo is also available for Android too. Some languages are text only, but the language bundles the company offers would be great for regional travel to say Western Europe, or. 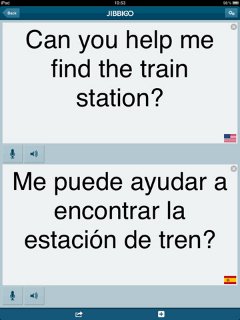 Jibbigo created their first translation app back in 2009, and has been refining their services ever since. Jibbigo’s apps use advanced speech recognition and machine translation technology created by Mobile Technologies, LLC.

That company, under the direction of Dr. Alex Waibel, is widely known as one of the innovators in advanced communications technologies. Business Technology Leadership called the app “Possibly the smarted app in the App Store.”

Readers can check out the new Jibbigo at the iTunes store here, and via Google Play here. I have downloaded the app to my iPad for testing here in Europe, we will offer a  more detailed review once I have had time to test the app properly. Until then, we can already suggest you being your own testing, especially if you are headed abroad any time soon. You can also check out Jibbigo via Twitter @Jibbigo

Ratings at iTunes so far are 4+ (Untested rating)

Campspot Publishes the Top Outdoor Travel Trends for 2023
Ideas to Make the Most of Your Visit to Phuket
Trends Say Americans Guarded Over Travel 2022
27 Inspirational Travel Quotes to Fire Up Your 2022 Travel Bug
Previous: Investors Eagerly Await TZOO Q3
Next: Dolphin Therapy in Sochi