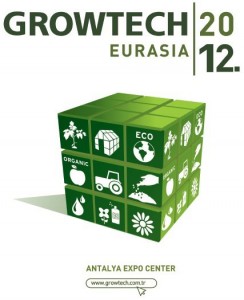 Launched in 2001, Growtech is about to hold its 12th annual meeting, designed to provide a platform for innovations in agriculture to be showcased.

Held in the beautiful city of Antalya in Turkey, Growtech 2012 will feature the greatest number of international exhibitors seen since the event started, with participants from not just the Turkic Republics, but also North Africa, Europe, the Balkans and the Middle East.

A wonderful opportunity for everyone involved in the agricultural industry to network, discover new products and forge new business relationships, Growtech is expected to be attended by everyone from exporters and importers to distributors and customers.

Here’s a few of the conference highlights and more information about the location.

When Growtech first started in 2001 there were just 152 exhibitors and around 16,000 visitors. The popularity and success of the annual gathering has led to the number of exhibitors rocketing to 604 during 2011 with more than 66,000 attendees! 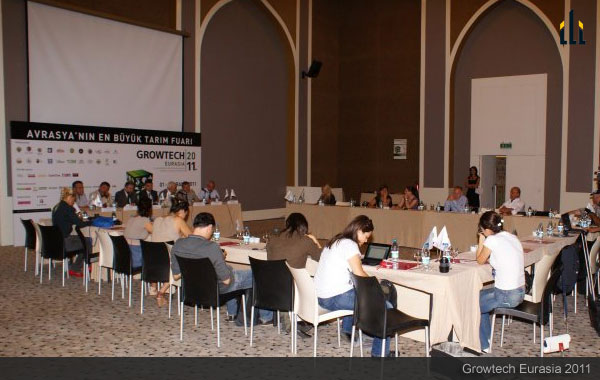 Despite the conference being a Turkish event, exhibitors will be in attendance from all over the world to contribute to a celebration of innovations in agriculture.

As well as hosting more than 650 exhibitors in 2012, the conference will feature a series of seminars with presentations from academics and scientists as well as producers and entrepreneurs. The focus will be on accomplishments, innovations and technological development and there will be panel discussions, providing the opportunity to debate the significant and relevance of new products hitting the market.

The conference is being held at the Antalya Expo Centre, an indoor arena built in 1999 for the sole purpose of hosting big events.

Situated on grounds covering 65,000 square metres, the interior stretches out over 40,000 square metres covering two floors which can be accessed by both stairs as well as escalators. A world class venue, Antalya Expo Centre offers on-site parking as well as all the facilities you would expect.

The arena is just over 3 miles north of Antalya Airport and less than 7 miles away from the main Antalya city, making it very conveniently located.

There are a number of airlines which fly into Antalya Airport including Turkish Airlines, Pegasus Airlines, Atlasjet, Onurair and SunExpress. This makes it very easily accessible for both domestic and international visitors. Both buses and taxis can be caught directly from the airport but many hotels operate their own courtesy shuttle service.

The Marmara Antalya Hotel is the event sponsor, and offers a luxurious retreat for guests. The winner of a Certificate of Excellence from Trip Advisor in 2012, the hotel has a concierge service as well as a restaurant, gym and spa. Rooms are available from 65 Euros for a single room and 90 Euros for a double room.

The Best Western Plus Khan Otel and Rixos Downtown Antalya Otel are two other contracted locations for conference delegates with rooms available from approximately 43 and 60 Euros respectively.

Antalya is a stunning historical city and it would be a pity to attend the conference without taking a bit more time to explore the sights and sounds in the region. 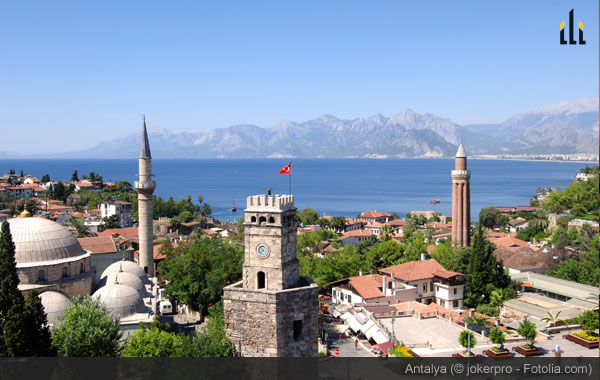 The climate in Turkey is warm all year round but the summer months can be very hot. Visiting out of peak season can therefore make it much enjoyable to walk around without sweating out your bodyweight in perspiration! Late deals to Turkey are usually available for the astute internet shopper, so take a look online.

Getting around Antalya is easy with a number of options. If the destination is too far to walk, visitors can either take the tram, a bus (which are very regular) or a local form of transport known as a dolmus. ‘Dolmus’ translates literally as ‘filled up’ and is a large station wagon or minibus that travels a certain route; sort of like a public taxi!

Antalya has not forgotten its past, and Kaleici is the old quarter where many ruins, historical buildings and archaeological sites can be found sprinkled liberally throughout the winding streets. Sites of interest include Balibey Mosque, the Clock Tower and Hadrian Arch whilst Hadrianus Gate, the entrance to the old quarter is a sight to behold in itself, having been built by Hadrianus, the Roman emperor.

But whilst the city is overflowing with history and culture, there is plenty of modern life which is also worth a trip.

Fans of retail therapy will be enthralled by the three large shopping malls which feature all the top designers and an indescribable array of shops; Terracity Mall even has a power boat seller!

A word of warning: do not be tempted to purchase any antiques as these are not permitted to be taken out of the country. Anyone found attempting to do so will have the items confiscated and a hefty fine levied.

Antalya is also blessed by stunning scenery, being surrounded by both mountains and the ocean. As well as the pristine beaches, visitors can enjoy views of the whole harbour via one of the many boat trips that go out onto the crystal clear Mediterranean waters. Yacht Harbour is a wonderful place to watch traditional Turkish fishermen go about their business.

If you want to stretch your legs, a walk up Tunektepe Hill, a vigorous 618 metres up provides unparalleled views across the beautiful city Antalya. But amidst the natural wonders, a hotel nestles on the peak which features a rotating restaurant for visitors who want to replenish their energies after the climb.

Growtech 2012 promises to be the most exciting conference yet with an array of international experts lined up with exhibitors representing every sector in the industry. And with the beautiful Antalyan backdrop, delegates can also take the opportunity to stay in a luxurious hotel and explore the city for just a few days longer.

Turkey Wildfires Are the Worst Ever – Experts Say It’s Only the Beginning
Turkey Opens 2,900-year-old Altintepe Fortress to Tourists
Panagia Sumela Monastery Frescoes Vandalized in Turkey
The Troy of Legend Now Thought to Be Much Older
Previous: “Hotel Of Doom” To Open Its Doors Next Year
Next: Top 5 Safaris in the World