“Hotel Of Doom” To Open Its Doors Next Year 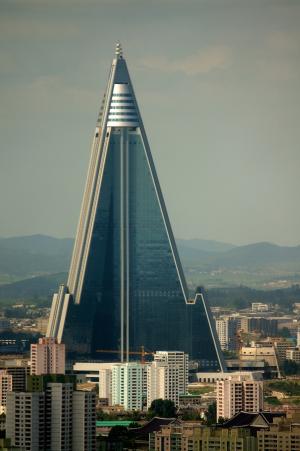 One of the world’s most distinctive and ambitious hotel projects ever undertaken is finally nearing its completion, almost 26 years to the day since its construction began in earnest.

Even so, the luxurious, pyramid-shaped building, which earned the rather sinister moniker “Hotel of Doom” is unlikely to be one that many tourists will visit, given that it dominates the skyline of one of the world’s least visited cities – Pyongyang in North Korea.

The Associated Press reports that the 105-storey Ryugyong Hotel, which ranks as the 47th tallest building in the world, is finally set to open its doors sometime next year, following renewed efforts to finish a project that began back in 1987.

Embarrassingly for the North Korean authorities though, the Ryugyong Hotel falls some way short of the original blueprint for the project, which envisaged one of the world’s most glamorous five-star accommodations.

When builders first broke ground on the hotel, under the gaze of North Korea’s ‘Eternal Leader” Kim Il-Sung, the building’s architects had proposed a stunningly ambitious 3,000 luxury hotel rooms, together with three revolving restaurants on the upper floors and shopping arcades located downstairs. Engineers originally hoped to finish the hotel by 1989 – in just three years- but were beset by economic problems that ultimately led to the hotel’s abandonment in 1992.

For years afterwards, the Ryugyong Hotel became of a laughing stock for the North Koreans, with its hulking, unfinished presence a huge stain on the city’s skyline. In 2008, the building was awarded the unenviable title of the “Worst Building in the History of Mankind” by Esquire magazine, who labeled it “hideously ugly, even by communist standards”.

That public humiliation seemed to motivate the North Koreans to finally do something about the monstrous eyesore however; the same year, they announced that an Egyptian firm, Orascom Telecom, had been awarded a contract to kit out the building and make it inhabitable. 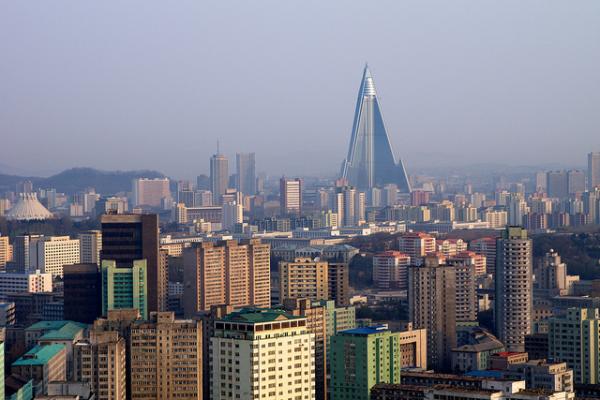 The Ryugyong Hotel was considered a national embarrasment for decades

Since then, the Egyptian contractors have been working around the clock, spending a reported $180 million to get the hotel shipshape and ready to welcome tourists.

Now, Reto Wittwer of the Kempinski Group, which has been chosen to manage the hotel, says that it will finally ready to open its doors early next year, after dramatically scaling back the original plans.

According to Wittwer, rather than 3,000 rooms, only 150 rooms on the upper floors will be made available to guests. As for the facilities, few details were given, with Wittwer only able to confirm that restaurants, shops and offices would open in the hotel’s lower floors “at a later date”.

Images courtesy of Joseph A. Ferris III via flickr.com