It might be bitterly cold in Northern Germany at the moment, but sun seekers still have the opportunity to escape to much warmer climes thanks to a former Soviet aircraft hangar that now serves as a tropical island retreat all-year round. Inside the MASSIVE building – where you could easily fit the Statue of Liberty – lies Germany’s one and only Caribbean-style resort, the aptly named Tropical Islands. 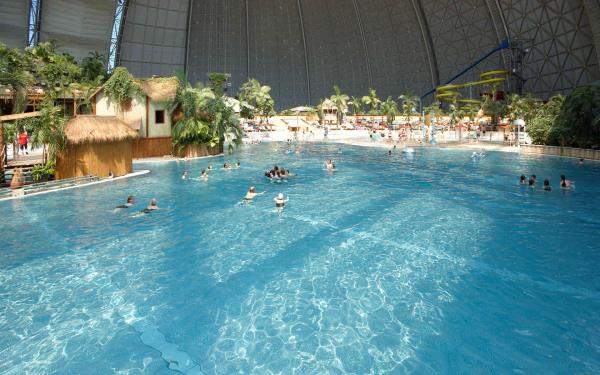 So enormous is Tropical Islands that it doesn’t just encompass its own beach, lagoon and rainforest, but it also houses no less than seven spa zones, each one themed to represent a different part of the world. But visitors can do much more than just pamper themselves at this resort – bearing in mind that beer is important for German holidaymakers, the resort also provides a choice of 13 different bars and restaurants, as well as a golf course! 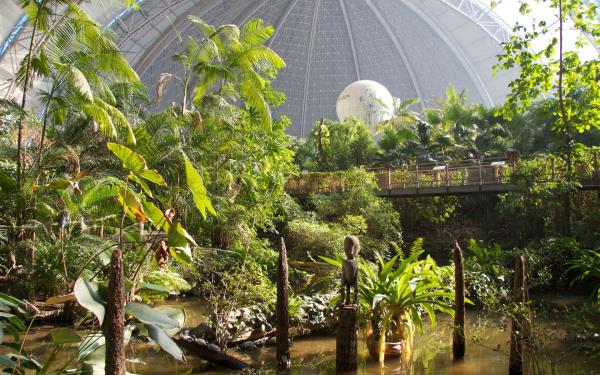 Tropical Island’s flora is so extensive that it’s believed to be the world’s largest artificial rainforest, home to almost 50,000 different plants representing more than 600 species. In addition, there’s a camping zone on the beach, and 200 hotel rooms for those seeking a longer stay. On its website, Tropical Island claims to be the largest “tropical holiday world” in Europe, and it’s hard not to disagree. 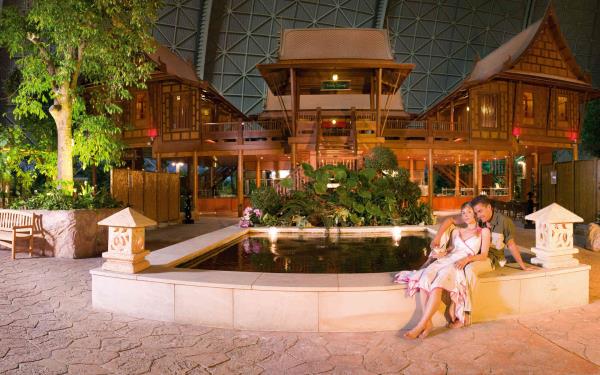 Tropical Island is easy to reach too, being located just 37 miles from Berlin. The former aircraft hangar was designed to house airships, and as such it’s the largest freestanding hall in the world, able to accommodate up to 6,000 visitors per day. The aircraft hangar was closed down shortly after the German reunification, before being bought by the Malaysian company Tanjong in 2003, renovated and opened in less than one year. 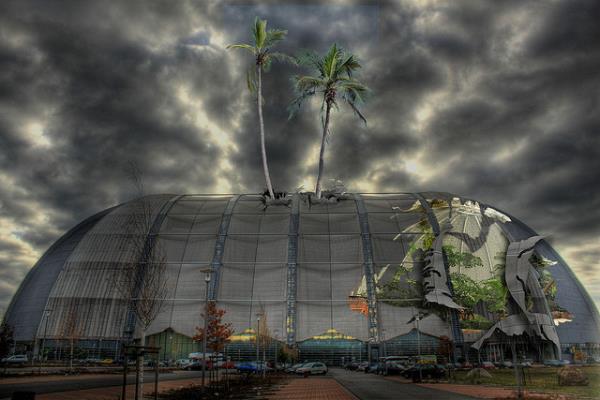