Even though most hotel guest might figure hospitality players got the negative message over ancillary charges, hidden fees, and particularly pay-for WiFi, even the biggest hotel chains did not. According to a report via The Telegraph, travel portal Gogobot performed a survey recently revealing guest displeasure with hotels still charging for Internet. 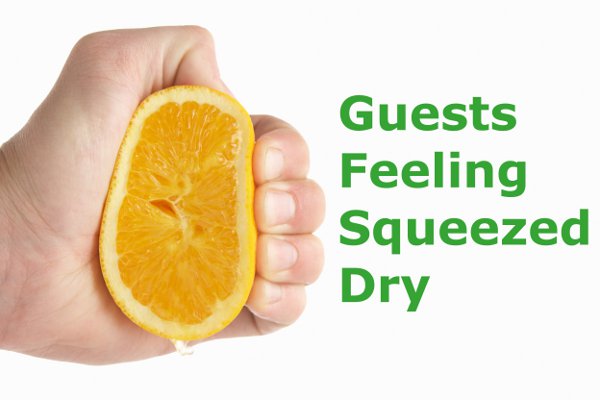 Interestingly, according to the Telegraph story, chains seem to be guilty more often than independent hotels for billing clients for such things as WiFi access. In that report, Hilton was actually one of the biggest transgressors. What makes this news most puzzling though, is the data piled up showing guests would rather have free WiFi that free breakfast even. Accor, for one, did their own research to discover this (PDF). The Accor data showed business travelers put free WiFi as their third most influential booking criteria right under proximity and price. From Eye for Travel, where IHG Group admits being headed in the “free direction”, to IBN Live revealing Indian travelers expect not only free WiFi but free breakfast too, clearly the trend for a la carte charging has hit some snags.

At least this is true in the four star and luxury realm. Hotel chains like Tune and some others with super efficiency models in place for budget travelers, sit at one end of the spectrum, while the Hiltons of the world would seem to be at another. People expect to be charged at a hotel that costs €25 euro to stay at, but certainly not anything branded with a big, huge “H” on top of it. But apparently Hilton bills out WiFi at a rate of £15 or so per day, at least in the UK. Another interesting point where Hilton is concerned is the wide disparity of charges for same. One might contribute this to individual hotel owners in the Hilton stable tweaking their charges this way or that?

Another survey, this one conducted by The Telegraph, goes so far as to call the WiFi charges “fleecing”,  and the worst according to Oliver Smith’s article were the London luxury hoteliers. Finally, mentioning Tune Hotels in this picture is fortuitous – even a bit damning for the big chains – you see, Tune in the UK charges on the order of £ 10.00 per stay, not per day.

Fleecing? Some would say that, yes.