Excavating Minoan Ritual and Myth to Discover a Sustainable Future

The Saffron Gatherers. Wall-painting from Xeste 3 at Akrotiri, Thera

The Saffron Gatherers. Wall-painting from Xeste 3 at Akrotiri, Thera

The shift away from nature began when ancient society finally departed from the refined feminine dominated civilizations. The final patriarchal dominance represented by the Roman Empire finally supplanted goddess led worship systems like that practiced by the Minoans. Recent scientific studies, and metaphysics should be converging to provide a much clearer picture of the Minoan Civilization, as well as a brighter path to sustainable futures. It’s time we examined the real possibility of a return to Eden.

The imminent archaeologist Dr. Jan Driessen deals expertly with the role of ritual in a supposed Utopia (my term) in his paper “Crisis Cults on Minoan Crete”. Dr. Driessen points out that the Minoans clearly worshipped the “Great Goddess” and that the society sought to invoke the deity’s presence through ritual. The archaeologist cites Peter Warren’s seminal 1986 study on Minoan Religion as Ritual Action, which deals with dance, baetylic, robe, flower and sacrifice rituals, which were apparently performed to summon the goddess (or god – see Marinatos). Driessen writes:

“Warren did, in my opinion, not sufficiently stress the ecstatic and shamanistic experiences involved in these ritual actions…”

Driessen’s paper also reflects on the probability that Diktaion Zeus finally dominated the Minoan mother goddess (Potnia) sometime after a cataclysm, perhaps via some LM IB crisis cult. Maybe this was, in fact, the catalyst for the world to become the chaotic patriarchal system wrestling with itself today. There is plenty of evidence to suggest this is exactly what happened. And although scientists like Driessen work exclusively with fact, ideas and theories come from the mind, not the body.

Interestingly, the environmental advocate and Psychedelic Feminism activist Zoe Helene says that all places, objects, elements, and all living beings had a spiritual essence. She also says that early Minoan and Mycenaean religions were distinctly feminist and shamanistic, which is just what Dr. Driessen theorizes. I mention Helene and the respected archaeologist in the same paragraph because the balance of science and magic (ritual) seems the logical place to find a path long lost to humankind. Helene’s expertise in sacred psychedelic medicines and her knowledge of sacred plants is meaningful, especially in the context of Minoan healing practice, cult practices, and myths and legends.

A fascinating study from 2014 re-examines evidence for Minoan cultic practices in light of key tropes of “universal shamanism”. Minoan ritual practices, according to many sources, included the “consumption of psychoactive drugs, the adoption of special body postures, trance, spirit possession, communication with supernatural beings, metamorphosis, and the journey to other-worlds”.

It is my belief that the intrigues of modern shamanism, as well as feminist theory experts like Zoe Helene, blend well with the sciences employed by learned experts like Driessen and others in traditional archaeological or even anthropology fields. It seems fair to insist that there should be useful research projects that intertwine the disciplines.

Back in 2004, Alan A.D. Peatfield and Christine Morris expounded on a theory (PDF) that “the Minoans used body postures to trigger visionary states”. However, their work relied on ethnographic comparative data. But in 2005 Dr. Erin McGowan, of the University of Oxford, performed experimental techniques to test whether Minoan ritual gestures could induce altered states of consciousness (McGowan 2006). The experiment was conducted within a darkened room approximating a cave-like environment in conjunction with sonic driving through shaking a sistrum. Each of the adopted gestures resulted in participants experiencing altered states of consciousness of varying visual and aural complexity. (Tully & Crooks 2015).

What is known of the ancient Minoans has been constructed from archaeological finds of Palaces, villas, Thalos tombs, and countless bits and pieces of Bronze Age life. The symbolism denoted from seals, votive offerings, frescoes, and even their architecture are the only physical clues we have about what Minoan ritual and their everyday life was really like.

Dr. McGowan’s work sought to enhance this knowledge via, for lack of a better term, recreated animism ritual. In other words, she sought to make a quantum leap by using the gestures of stereotypical figurines and epiphanic postural images, and the postures and movements apparent in those objects. The results proved, at the very least, that such shamanistic practices in a Minoan context would certainly have had powerful effects.

Jan Driessen was correct in his assessment that not enough emphasis has been put on Minoan shamanistic practices. We must be careful, however, to not confuse the universal idea of shamanism with the techniques referred to when experts speak of Minoan shamanistic practices. Shamanism, where applied to the Minoans or other unique societies, must be viewed as a part of the greater whole of the culture and tradition of the people, instead of a generic term for religion. (Tully & Crooks) Again, this plays into what Dr. Driessen suggests, that cult practices brought about by crisis created unique Minoan shamanistic practices such as out of body experiences, etc. The short version here being, the priestesses of Knossos practiced ritual to satisfy acute needs. The goddess or later on Zeus were summoned to deal with new kinds of problems. 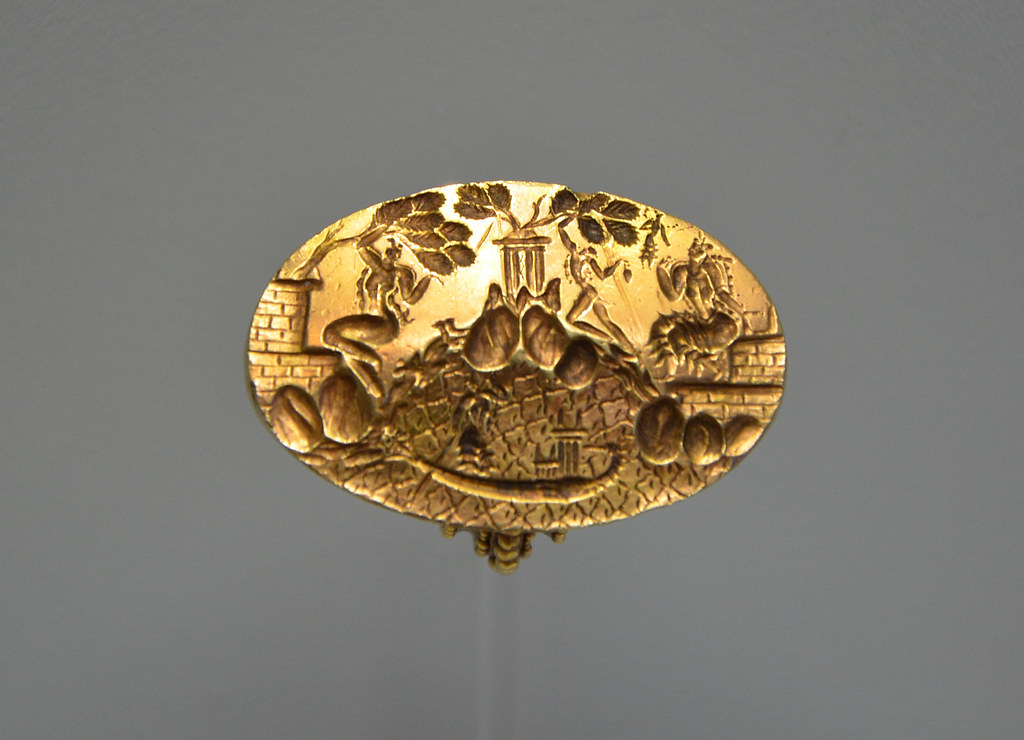 Finally, the efforts of learned and fascinating people like linguist and anthropologist Dr. Felicitas Goodman should be mention here too. Her research into altered states of consciousness predated the more recent work into ritual postures and techniques I mentioned. The work of the imminent pre-historian Andrew Collins and “Göbekli Tepe: Genesis of the Gods” should also not be overlooked. For those unfamiliar, Göbekli Tepe in Turkey, which is considered the world’s first temple, reveals ritual as described by Driessen and the others, that was performed in an organized manner more than 11,000 years ago. The “temple” is situated in what was a garden paradise, accordion to the current excavator Klaus Schmidt.

Finally, my inquiry to this point has brought to the forefront a crisis in thought over how the Minoans accomplished such long-lasting peace. J.D.S. Pendlebury suggested the Minoans maintained a Thalassocracy, a view accepted by most but more recently challenged on account of missing specialized warships, etc. in Minoan art. (The Myth of the Minoan Thalassocracy Chester G. Starr)

In the aforementioned paper, Starr seems to think Pendlebury was promoting the idea of the Minoans being conquerors, which is certainly not the case. Starr, and almost all the other researchers in this vein, seem brain locked into pragmatic thought. It’s as if theory had never occurred to some theorists. What if the kind of Thalassocracy Pendlebury supposed, did not need warships armed to the teeth? What if some other force protected Minoan ships, and the main island as well? And furthermore, what if that “force” somehow abandoned the people? Even though there are not ceramics or frescoes decorated with the Minoan versions of Spanish ships of war, there are examples of Minoan vessels armed with goddesses.

Yes, I know, now I delve into the supernatural. But if we can assume these people had a lasting peace for over a thousand years, something we have never managed in the written history of man, then can’t we assume another variable? What if Minoan ritual had a much more far-reaching effect than anyone ever supposed? Haven’t the most famous and learned archaeologists been romantics?

“Although an archaeologist, and an Old Wykehamist of conventional background, John Pendlebury was a vigorous romantic.” –  Antony Beevor, historian of the Battle of Crete

Lest we forget too, Hatshepsut, Theodora of Byzantium, Amalasuntha, Isabella, Elizabeth I, Catherine the Great, and those unknown names before history it seems completely fair to say civilization got something very wrong for total peace to have not have been achieved by now. I think the mold was broken when the cataclysmic Thera eruption convinced the Minoans God had abandoned them.

After this event, 1,500 years of peace and proven prosperity came to an end. This was over 3,500 years ago. We owe it to science, to history, and to humanity, to overturn every rock to discover how these people managed their seeming Utopia.

Freshwater “Miracles” of Crete Island
Crete is Becoming a Top Winter Refuge and Remote Working Destination
The Keftiu: Were They Absorbed and Erased from History?
Live Like Great Odysseus: Book a Week at Santa Thekla Peninsula
Previous: Survey Shows the Dutch Favor Greece for Her Sunny Beaches and Smiles
Next: The IATA Reports Big Aviation Industry Losses to Continue Into 2021