Spring period comes with price increases for many European hotels, which is normal considering that March kicks off a fresh travel season. 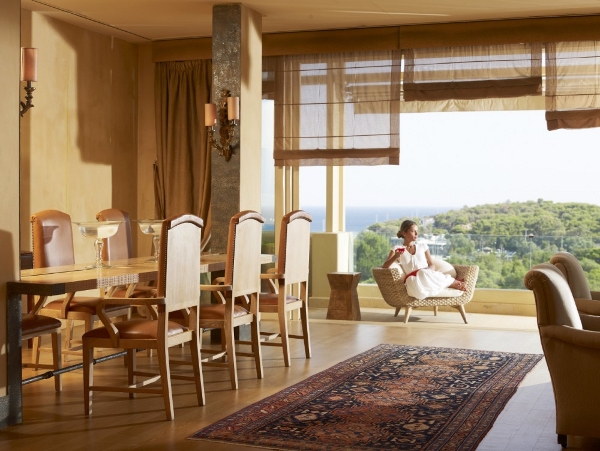 Eastern Europe destinations like Bucharest, Athens, Warsaw, Budapest or Prague don’t show a rise of more than 10% compared to February, in terms of hotel’s average prices per night. Being among the most affordable destinations in Europe, these old and charming capitals generally provide hotels that hardly exceed 100 euros per night for a double room. Hotels in Athens, for example have increased the rates with 8 percent in one month but they are still convenient, if you consider the price of 78 euros on average per night.

London, the most pricey city in UK and also the second most expensive one in Europe behind Geneva and Paris, is recording a 6 percent increase with a middling price of 183 euros for an overnight stay in March. Brighton and Bristol are ranked on second and third places with 11 percent up and 123 euros for a standard double room, respectively 6 percent up and 104 euros for a standard double room while Edinburgh, with a drop in prices (3 percent), still remains in the top 5 most expensive UK cities, this month.
Although St Patrick Day is an important event which takes place during this period in Ireland, Dublin hotels have managed to maintain acceptable rates (101 euros) even after an increase of 7.5 percent. 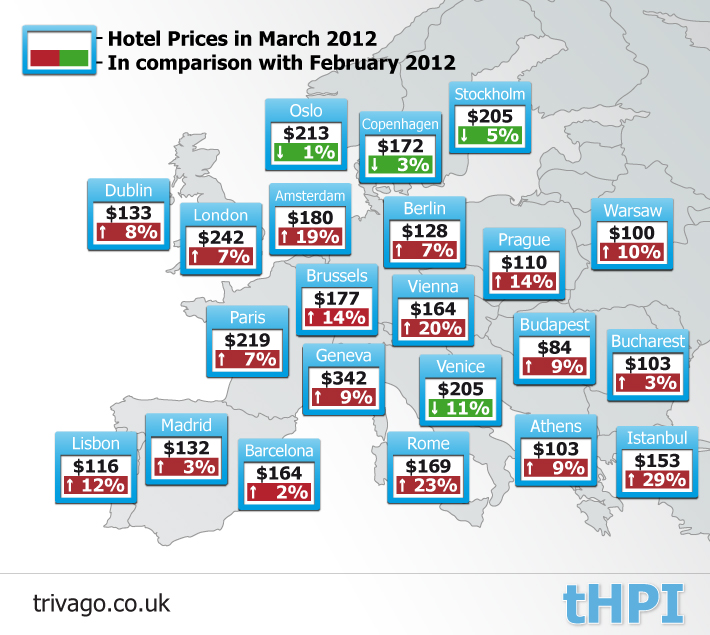 Oslo, Stockholm and Copenhagen are among the few cities in Europe which have shown a decrease this month, but still some of the most expensive when it comes to hotel prices. With 1 percent down, the Norwegian capital provides hotels with an average price of 161 euros per night, Stockholm (down 5 percent) offers accommodations for 115 euros and Copenhagen prices, with 3 percent down, still achieve 130 euros.

Cities with the highest increase in hotel rates this month.

The information above is offered by the hotel price comparison website http://www.trivago.com/ and the prices refer to a standard double room per night. For a list of the average overnight accommodation prices for the top 50 European cities which have been included in March tHPI, please visit: http://www.trivago.com/hotelprices

Campspot Publishes the Top Outdoor Travel Trends for 2023
Ideas to Make the Most of Your Visit to Phuket
Trends Say Americans Guarded Over Travel 2022
27 Inspirational Travel Quotes to Fire Up Your 2022 Travel Bug
Previous: 10 Biggest Cruise Accidents of the Last Decade
Next: Malaysians Set for Visa-Free Russian Travel