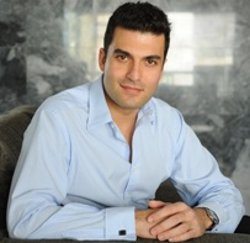 A study of touristic trends by the Cyprus Tourism Organisation (CTO) has prompted the launch of a campaign, the Cypriot Breakfast, aimed at showcasing local cuisine. The project, in collaboration with the Travel Foundation in the UK, focuses on tradition rather than diversified Cyprus touristic offerings. Cyprus is saying “good morning” to centuries old values, and “goodbye” to anything that tarnishes a stellar reputation for Filoxenia.

According to the study, the  international trend of consumers seeking authentic experiences in Cyprus far outshines the more globalized and standardized tourist destinations. CTO said this “Breakfast” campaign is just the first step in a wider plan to develop a culinary tourism on the island. The Cypriot Breakfast is being tested at Paphos hotels to begin with, with implementation universally set of 2015.

A revamp of the thinking for hospitality in Cyprus is now underway apparently. Using Cypriot local products, adhering more closely to age old traditions, even training cooks in the cooking methods of the past, are indicated. Earlier this year, seminary were held in Paphos in order to train cooks from various hotels in the district.

This initiative is the latest in a series of CTO moves to spur the island’s touristic value. Just last month CTO Director General Marios Hannides moved to eradicate profiteering by some vendors at Cyprus beaches by introducing a price list for coastal hotels and restaurants. Clearly, Hannides’ job is one of re-instituting cultural value, while at the same time protecting Cyprus’ reputation with tourists.

For readers interested in Cyprus cuisine the TimeOut guide for 2013 below is a good place to start.