Taurokathapsia and Ariadne inspired the design of the Coca-Cola summer Crete-themed limited-edition bottles.

Taurokathapsia and Ariadne inspired the design of the Coca-Cola summer Crete-themed limited-edition bottles.

Coca-Cola Greece and its bottling partner, Coca-Cola Tria Epsilon, have launched a new bottle design that celebrates the Minoan past of the island of Crete.

The limited-edition bottle was inspired by Cretan legends like the myths of the Minotaur and Theseus, with the labyrinth and Ariadne’s thread, the murals of Knossos Palace, and the ancient ritual sport of bull-leaping in Crete, taurokathapsia. The aim of the campaign is to both celebrate the island’s rich history and Minoan civilization, but also to promote Crete as an international tourist destination. 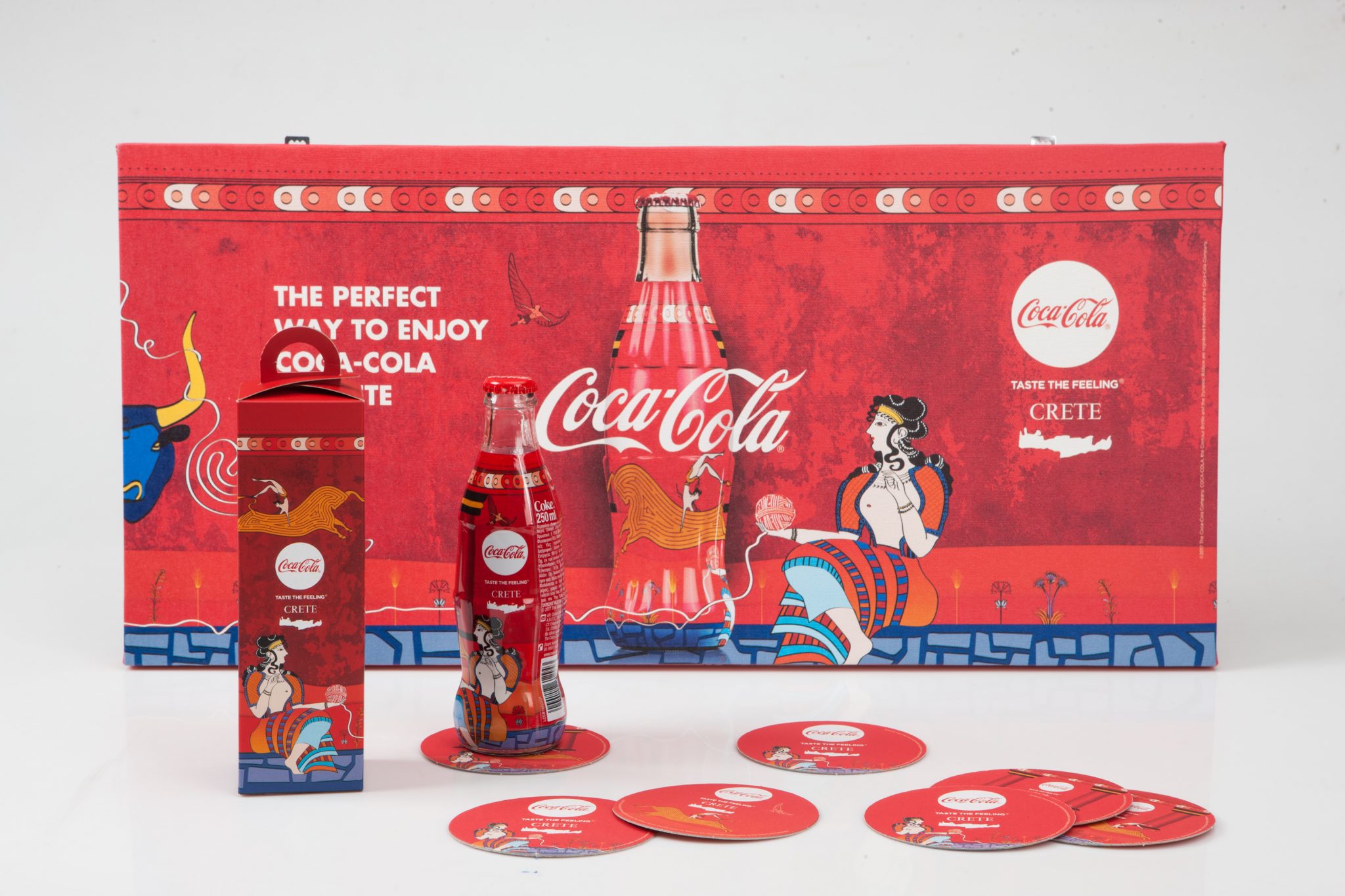 The new, limited-edition Coca-Cola Crete bottles and ads were printed by Lyhnia.

“We were inspired by Cretan values, tradition, and history,” said Diana Birba, marketing manager for Coca-Cola Greece, Cyprus, and Malta. “By depicting them in our first collectible Coca-Cola bottle for a specific region in Greece, we aim to promote Crete as a tourist destination, offer visitors the opportunity to take a unique piece of modern art memorabilia home with them, and celebrate 10 years of making our products here in Crete.”

Limited-edition bottles are already available in stores and retail outlets in Crete and Greece as well as in select retail outlets and the traveling Coca-Cola Pop-Up store. The campaign also included collectible items and memorabilia, sold this summer during a two-week tour, from July 24th until August 10th. Coca-Cola has also planned an international summer promotion that aims to bring tourists to Crete by giving 50 lucky competition winners from 10 countries the chance to enjoy a unique vacation experience in Crete, with exciting experiences and entertainment. The design of the limited-edition Coca-Cola Crete packaging was realized by Asterias Creative Design, a communication and design agency based in Athens.

Coca-Cola Greece has a production and bottling plant in Heraklion. The plant celebrates 10 years of activity in 2018.

“The operation of our unit in Heraklion for 10 years has boosted our multiannual presence on the island and is a very important part of our business,” said Angelica Patruba, Communications Manager, Coca-Cola Hellenic. “By designing the future, we feel great joy and honor that we are an active part of this place, contributing to trade, the economy, and society.”