Cappadocia Tourism On the Rise

So far this year, tourism to the Cappadocia region of Turkey seems to be booming. For the first three months of 2013 incoming tourists to the region have increased some 35 percent as compared to 2012 numbers. 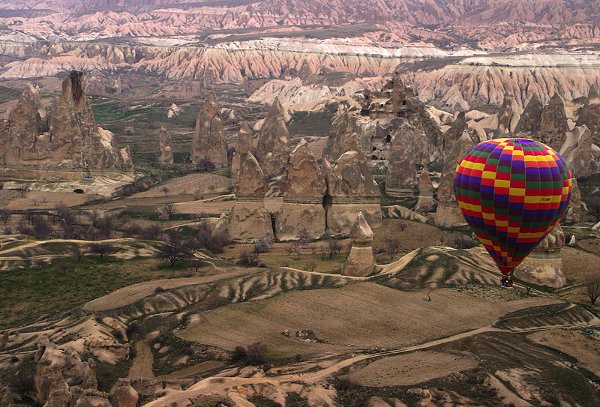 The report, from the Anadolu Agency, goes on to detail the 350,000 plus visits for January, February, and March of this year. The region, famed for it’s natural wonders, especially the legendary Fairy Chimneys, as well as historically significant events and cultural essence, is today one of Turkey’s most treasured touristic attractions.

Legends and truths of the Achaemanid Empire, the Hittites, the Persian Empire, Alexander the Great, the names that resound throughout history echo still in this mystical place now famous for hot air ballooning.