The season change on Crete represents a rather dramatic shift for local businesses and the general public there. What was a spinning, buzzing summer spectacle of touristic beach-going, becomes in the cooler months one of the most laid back vacation destinations on Earth. This November  the notoriously friendly folks at Lato Boutique Hotel reopen gourmet restaurant Brillant with a new and interesting gastronomy concept. 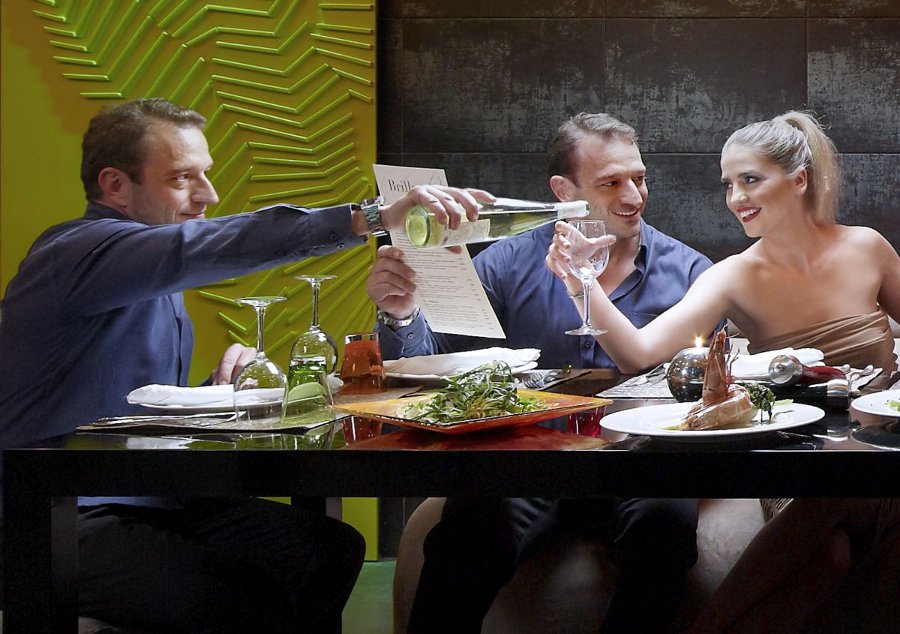 Brillant, for those unfamiliar, is one of those unforgettably chic eateries travelers in particular identify with. For the locals in Heraklion, the value is always elegant and creative Cretan cuisine, but for newcomers to the island the chilly months are conducive of a sort of “pub” atmosphere. And so, the owners of Lato, and head Chef Zinonas Christofidis, they’ve expanded the already innovative menu to include modern “urban dishes” to go along with an expanded drink menu too.

As always, Brillant relies on fresh, Cretan seasonal produce, as well as Cretan wines and Raki. This year however, a wide variety of Greek beers power the culinary offering, not to mention the social climate of Brillant. The new concept, in short, is conducive of guest discovery. International spirits, artisan wines, and even more signature cocktails will be featured too.

Known for its visual sophistication, Brillant is one of the stars in the crown of a famous Cretan hotel overlooking Koules Fortress and the Cretan Sea. This season and into the New Year, Brillant has scheduled numerous wine tastings, live music performances at the end of the week, romantic St Valentine’s Day dinners, workshops for children, traditional Greek Easter parties, and much more.

Lato Boutique also launched their new website to coincide with the opening of Brillant. Designed to best convey Lato’s value to site visitors, the new portal offers a rich photo gallery, and compelling descriptions of the main sights and attractions in and around Heraklion and on Crete. The site was designed with great care for the user experience, to be used from any device, anytime, and on the go.