Brâncuşi’s Gate of the Kiss – A Metaphor of Romanian Spirit

Those of you using Google for search today, are perhaps wondering about the doodle that welcomes your visit. It’s celebrating the Romanian sculptor, whose artwork made history. This is one of the personalities who put Romania on the world-map, bringing this country’s creative talent worldwide recognition.

Brancusi was born in the village of Hobiţa, Gorj, near Târgu Jiu, close to Romania’s Carpathian Mountains. If you travel to Romania and you like abstract art, don’t miss the Sculptural Ensemble of Constantin Brâncuşi at Târgu Jiu – a homage to the Romanian heroes of the First World War, and one of the greatest works of 20th century outdoor sculpture. Note that although Brâncuşi lived almost all his life in Paris, France (after leaving Romania in 1903), he has always considered this country his home, and gave it the greatest gift: The Column of the Infinite (Coloana infinitului). This is the centerpiece at the Sculptural Ensemble of Constantin Brâncuşi at Târgu Jiu, alongside the Table of Silence, and the Gate of the Kiss. 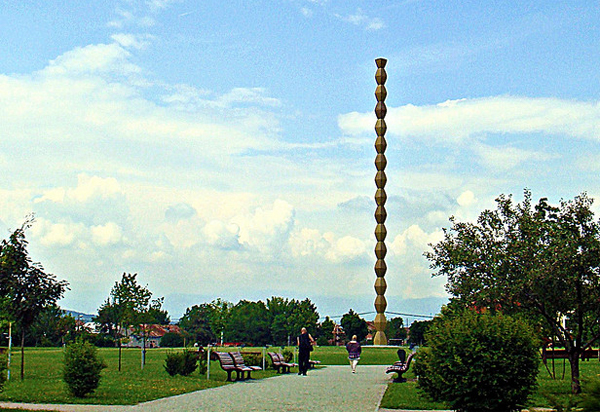 The other two pieces of the ensemble are as significant for Romania’s traditions, culture and legacy. They are inspired from the daily life of the Romanian villages – there are still homes where people traditionally dine at round tables, that almost lay on the ground. The chairs are still round and short, just like the twelve imagined by Constantin Brâncuşi to accompany the Table of Silence. 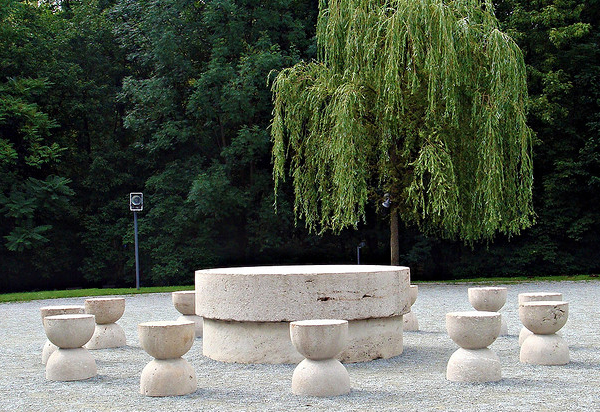 Even the famous Gate of the Kiss (Poarta Sarutului) has Romanian folkloric elements, and a theme that obsessed the sculptor his entire life. You’ll find the “Kiss” in many other works, yet the Gate and the Kiss featured in Google’s doodle are among the most popular. 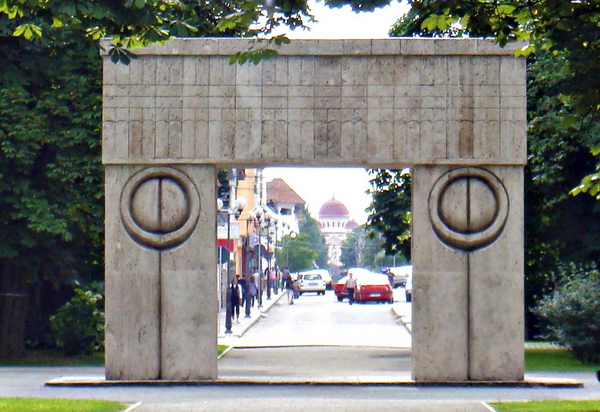 The Gate of Kiss, part of the Sculptural Ensemble in Târgu Jiu, 1938 - courtesy CameliaTWU

Brâncuşi’s dreamed of sculpting through all the subsequent significations to their fundamental core. The capacity was in his blood and articulated the lonely, exultant years he spent as a youthful shepherd as well as the isolated latter part of his life. But if, in some Modernist project, he could strip down matter until it revealed its form beyond the trappings of technology, it was because his fellow peasants were doing it just that same way for thousands of years. – fragment from “The Romanian: Story of an Obsession

”, a memoir by Bruce Benderson.

A Farewell To Another of the Small Gods of Crete, Nikos Zacharioudakis
News Flash: Healthy Romanians to Visit Sick Greeks for Easter
A Word or Two About Ryanair CEO Michael O’Leary and Other Bean Counters
Expert Viewpoints: Hospitality 2021 and Beyond
Previous: Foreign Visits to Romania on the Rise
Next: Online Travel Warfare To End Soon