A travel alert from Latvia, over 500 people are left stranded in the Gulf Of Riga on two ice flows that separated from the mainland off the Vakarbulli coast. Emergency crews are now attempting to rescue those marooned on the ice. 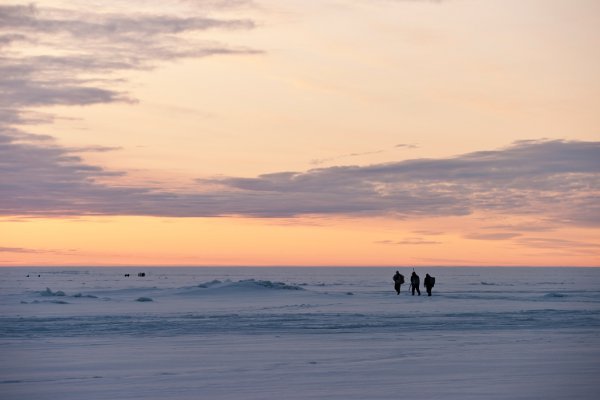 According to the story from the Voice of Russia, helicopters and navy ships are fighting high winds and heavy seas to save the people in peril there. Video below from Euronews tells the story of some of those stranded. According to the reports most of the people being rescued had been fishing on the ice in the Baltic when the flows separated. Ice fishing is a popular Winter sport in most Scandinavian and all the Baltic countries.

Some reports say the ice flows in question are now more than two miles offshore.