As Travel Costs Go Up, So Shall Profits…

Things are looking up or down.

So far this year, there have to have been 50,000 news reports suggesting profits and growth are headed upward for the travel industry. And on the other hand, many are asking, “How?” Hotels starting to charge for tidbits of service like the airlines, currencies and countries on the brink, and the other side of news suggesting growth is impossible, what are we to believe? What about inverse relationships? 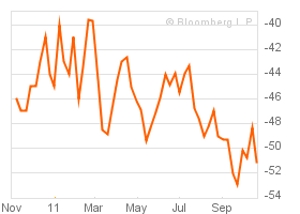 Fox Business reports business travel costs will jump next year. According to an American Express survey they cited, the cost of business travel will continue upward next year on the heels of news airlines, and even hotels (Chicago Tribune article), are squeezing travelers to make their ends meet. Just a while back, the DOT fined a host of travel entities including Orbitz (which took most of the heat) for fees that were, at best, “glitches” in the respective online advertising schemes therein.

Enterprise Rent A Car pulls their Orbitz listings because of high commissions supposedly, even after posting what amounts to record profits so far this year. The list of disgruntled service providers is growing too. The only real mystery here seems to be how anyone can report a positive outlook in some travel sectors? Switch to the demand side of the economics class for a moment now.

Hoteliers meeting in Tampa for talks about the upcoming 2012 Republican National Convention there, expected the “same old-same old” when their luncheon satisfaction suddenly became heartburn. The convention organizers wanted to toss out the old agreements and hammer out better prices! Yippeekayay, could be heard across the bay at the beaches, and inland, above the roar of roller coasters at an empty Busch Gardens. Okay, maybe not totally empty.

It’s time everyone in the industry got real. We need to “get it” as my friend Ronn Torossian, veteran and edgy PR guru in NY puts it in his book. Some 1400 plus hotels and leisure outfits in the UK along went belly up in 2010 according to Big Hospitality. Whoever thinks they are fooling whom, the hospitality industry is hurting, and badly. The chart below from the US Census reveals just a bit of the indicative goings in Florida alone. Net job flows, particularly in key counties like Orange, were extremely negative.

One has to wonder if some markets react to news rather than making any? Bloomberg’s consumer comfort index (COMFCOMF:IND – upper left courtesy Bloomberg) is a decent way to determine just how bad spending habits, and therefore profits on the provider end might be. Come on, let’s face it too, the news that McDonald’s may hire 50,000 can be perceived two ways. Growth in fast food is not great news for restaurants and hotels is it now? A lot depends on who one listens to, and the way they count their beans, so to speak. 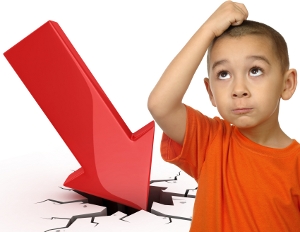 The National Restaurant Association reports things one way (as seen in the video below), and others in the industry paint an almost entirely different reality. The LA Times reported not long ago on the more than 9,400 US restaurant closings this year as of the time of their posting in August, via NPD Group reporting. Another report out of NPD Group shows an interesting trend for 2011, more diners drinking tap water instead of drinking soft drinks or other menu beverages. Now there’s a Bloomberg item to chart – Sorry, but I can just see Gordon Ramseay cussing out a hotel owner because the water did not arrive fast enough, etc. Wow – things are really looking up.

An industry leader of merit (whom I won’t mention now) recently met with us over lunch to discuss just this situation. The gist of that meeting was; “When all is said and done, no one out there can show any viable model that supports the premise there’s room for growth in hospitality under the current circumstances.” At least this is the way I understood his statements. Like the overall economic situation, we seem to be caught in a quagmire – surrounded by vested business interests, politics, and a myriad mob of confused players. Surely, somewhere out there, a lonely hotel owner is asking the question; “With all this recovery news, why can’t I get any bookings?” I hope some of those will come and tell their stories – most reports these days seem like guesswork to me.

Campspot Publishes the Top Outdoor Travel Trends for 2023
Ideas to Make the Most of Your Visit to Phuket
Trends Say Americans Guarded Over Travel 2022
27 Inspirational Travel Quotes to Fire Up Your 2022 Travel Bug
Previous: Connected Spotlight – Mr & Mrs Smith
Next: Romantic Winter Getaways in Eastern Europe