Marketing data company Adara has just released “traveler value score”, a tool that estimates an anonymous subject’s customer’s capacity to spend on travel and lodging. The new tool can help hoteliers pitch rooms and services more precisely, thereby elevating or optimizing revenues, according to the company. While the potential for filtering spending potential seems fantastic, there may be some stumbling blocks. 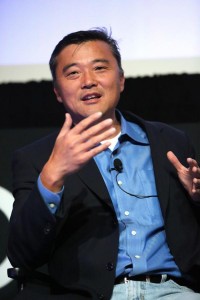 Based in Mountain View, the Adara schema was inspired by entities having leveraged US credit scores. The service is the first such metrics company to provide this type of revenue forecasting potential for tourism, and especially on data gleaned from the hotel guest. Analytics provided by Adara can easily be applied to guests in order to glean such things as the amount of spend the client has for brand and other behaviors. As a for instance, a business person who travels frequently lays out tons of data, data which can be used to forge a “spending” score for that traveler. With Adara, hotels weigh the differences between a potential guest with a score of 500, versus a business traveler with a score of 800 or more.  In the end, such things as average daily rate are elevated by optimizing pricing via leveraging the analytics.

The company says they have aggregated data on traveler purchase patterns, demographics, and guest preferences of many years using booking tables, search, and loyalty behavior from companies like United Airlines, Delta, Hyatt, and many more. The news from Adara also frames the importance of this data being anonymous, to put to bed the idea individual guests are being targeted. The company’s press on this release also reveals the value offered to users of Adara, which include:

Layton Han (top left), CEO of ADARA is quoted in their release sayging;

On the down side of leveraging traveler metrics in this way, the concept of milking more revenue from travelers and guests based on how much disposable income or how frivolous they are bears mentioning here. Adara is, in reality buying data about real people in order to mash the numbers into a tool that ends up costing some people more than others. At least this is one way of bluntly assessing the system. The question arises; “Should I pay more because I can?” And while it is not our place to judge the moral or idealistic razor edge here, we are in fact consumer advocates. Nobody wants to pay more because some company labeled them a Richie Rich of big spenders. 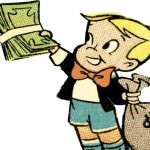 I can recall when a company called Equifax was thrust into the limelight back in the late 1960s. The company was actually called Retail Credit Company, when negative consumer outcries forced a rebrand because the company reported everything from rumors to highly sensitive information on people to banks, insurance agencies, and anyone who could pay for it. The company was been fined and lost many cases because of the Fair Credit Reporting Act, which Equifax, ironically, caused into being.

This is not to say all data companies are bad necessarily, or evil, but the negative PR for misuse of consumer information is still there. One big question that arises about Adara’s “numbers” is; “How can any consumer know his or her traveler value score is correct?”

The ramifications here are a ticking time bomb, depending on which perspective one takes. It remains to be seen how consumers will react, once they know those “cookie” warnings on websites reflect in how much they are paying for goods and services. We are reaching the point where data use crosses an invisible line.

Adara has committed a whole website page to addressing privacy issues, but the acceptance of the product is more about “labeling” big versus small spenders, at least in one view. Making data private and sharing safe and secure is one thing, using it to target big spenders, for instance, is another. I am not saying this is what Adara is doing, only that the line in the sand is there.

Founded in 2009, ADARA currently has 19 offices across the US, Europe, Middle East and Asia, including its headquarters in Mountain View, California.

For more information on the company readers should visit their official website, or contact them via: James Gillies at MWWPR in London +44(0)20 7046 6080