5 Fabulous Destinations You Never Heard Of

It’s a big, big, big world we live in. No matter how technology further links us together, no matter what discoveries discoverers uncover, there always seems to be an information gap where “knowing” about people and places is concerned. Argo Travel News is all about showing readers as many of these as possible. So here are some Saturday discoveries you may want to visit.

One – For Rock Climbing and… 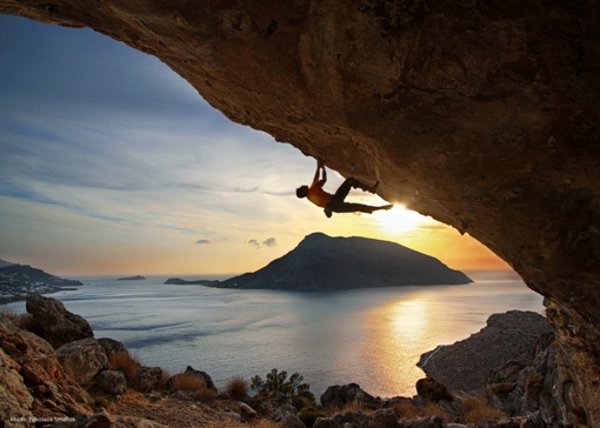 On a small Island in the Dodecanese archipelago, Kalymnos, rock climbers clamor for a spot amid one of a multitude of climbing fields. The perfect temperature and atmosphere here, is not decidedly what most Greek Island bound tourists might expect. 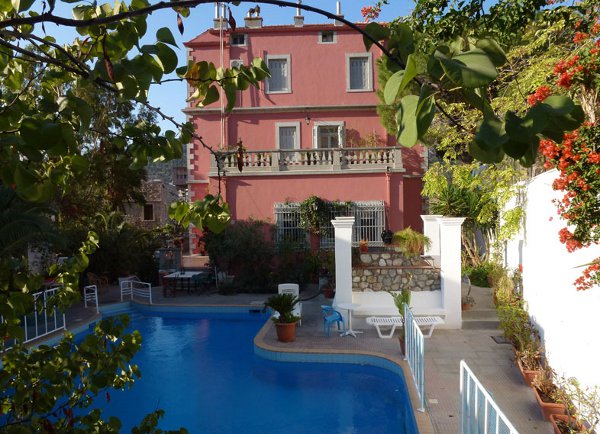 But, beside the fact Kalymnos is one of the world’s premier climbing destinations, there actually are more traditional Island hopping activities here too. The local dive festival, suntan and sun lapping, these too are famous pastimes here.

For places to stay on the Island, variety is a bit limited. Argo recommends Villa Melina (above) in the center of Kalymnos. 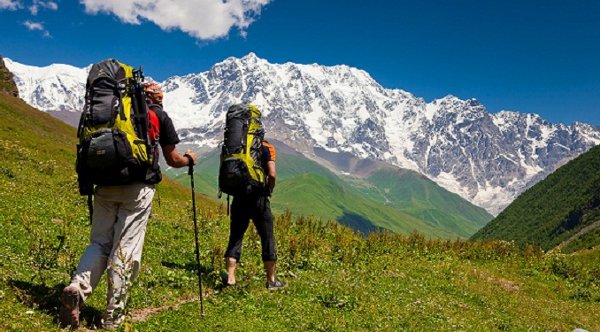 Admit it. Go on. Even if you are a world class trekker, the chances you’ve even heard of Svaneti seem pretty slim. Okay, maybe dedicated outdoors peeps will know, but certainly every adventure seeker out there cannot know the wonder of this magical Georgian place. Surrounded by 15,000 foot peaks, the valley below the trekkers you see in the image above is… 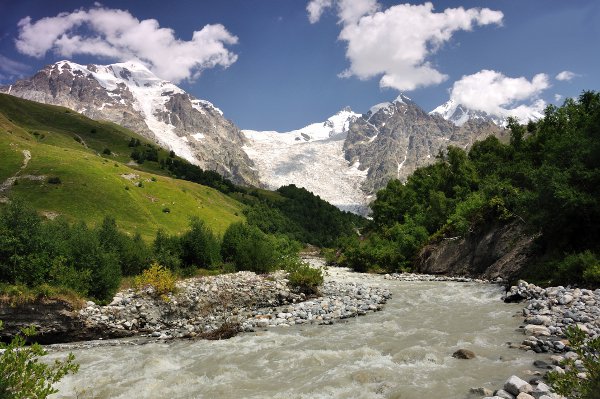 The Adishi glacier in the image above, gives a hint of how remote and wild this place actually is. For accommodations here, the best sleeping bag and tent arrangement you can muster seems appropriate, aside some hotels on the Georgia side of things, there’s no Hilton nearby. You might try Hotel Tetnuldi. 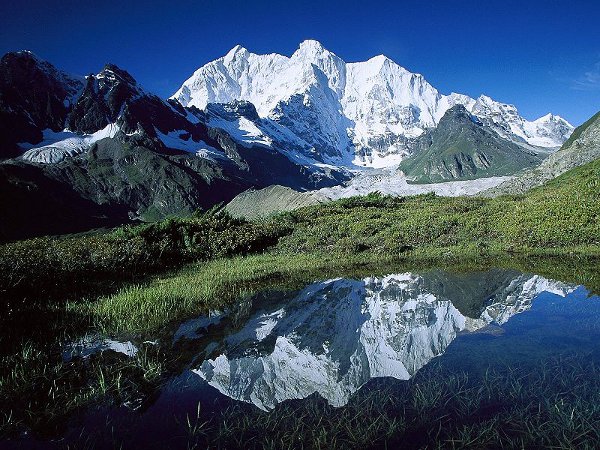 Speaking of lands that time has literally forgotten, hidden deep within the Tibetan region of China there’s a place untouched by road or modern convenience – at all. Mêdog County is the final region in the country where no road connects to any other region, and the last part of where the Brahmaputra River crosses over in China before it flows to India. A place of astonishing beauty, a tenth of all China’s flora and fauna are here. 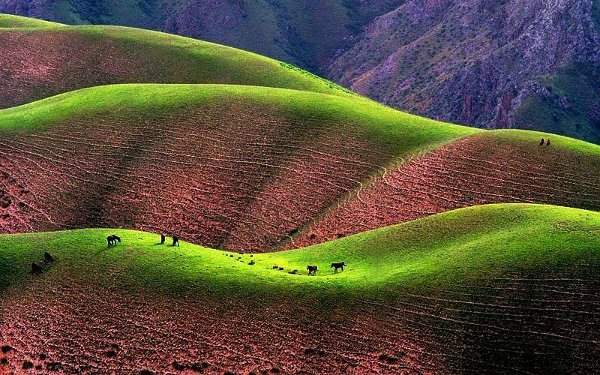 Tibetan Buddhist scripture speaks of this place “Bka’gyur”, Motuo, or “hidden lotus” in Tibetan, the area is the most holy place for those people. Even in China itself the region is considered a holy land, a place for pilgrimage. It is in fact one of the most remote and isolated places on Earth. The best and really the only way to visit Mutuo is to hire locals as bearers and guides. While China and Tibet have attempted to build a road to the area in the last 30 years or more, all attempts so far have been doomed to failure owing to the complex landscape and geology here. For good information on this mysterious and wonderful place, visit this link. 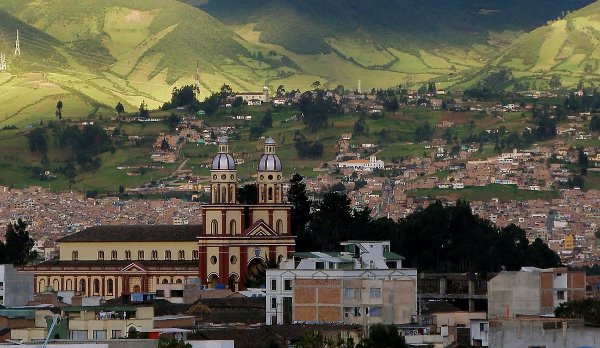 El Oriente, in Ecuador, is by far one of the most mysterious and interesting place in the Andes. This place is the gateway to the great Amazon Basin from the high mountains to the West. Once almost totally inaccessible, discoveries of Gold and continued exploration have made it more easy to reach. Still, the region is one of the most remote and little known discovery destinations on Earth. Steeped in Inca and other indigenous legends, the Oriente has been the subject (target) of discovery expeditions for centuries. Since the time of the Conquistadors, the lure of Inca treasures and legends such as Colonel Percy Fawcett’s fabled City of Z have lured adventurers here. 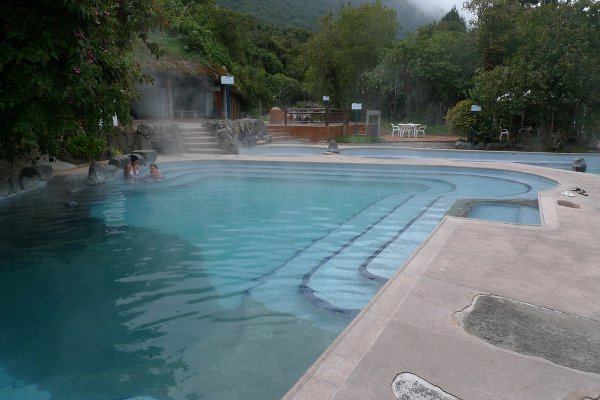 But luckily for less well provisioned explorers, El Oriente is a bit more welcoming in places. The small village of Papallacta, is just such a place. Situated 3,300 meters up in the Andes just off the Eastern Cordilleras, the village’s springs are legendary for their rejuvenating qualities. Set amid this backdrop of natural wonder and mystique, Termas Papallacta Spa offers luxury, pure luxury. For about $210 a night you and your party can have a cabin to suit 6 people. Here’s their phone number: (593-6)2895060

Five – Kostroma, protectorate of the Tsars 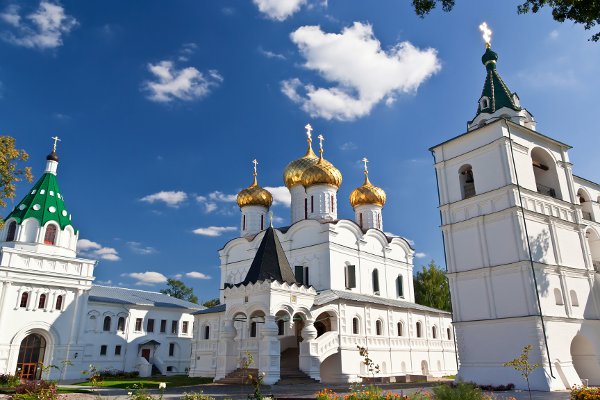 The Romanov family had the most lasting and memorable effect on the world’s most vast country. Russia is, unarguably, a land forever emboldened and ornately jeweled not only by its unique natural beauty and wonders, but by an undying stamp of nobility. This is, regardless of how anyone feels about monarchies. A city just to the Northeast of Moscow called Kostroma, is a hidden wonder that illustrates this well.

You never heard of this place, chances are. Sacked by the Monguls, bought and built up by Ivan I, looted by pirates, and burned to the ground later on in 1773, it was here that Catherine the Great cast down her fan onto a map of the city and instructed city planners to build the great retreat back according to the pattern of made by it.

With many great attraction and hotels too, perhaps the city’s most famous landmark is Epiphany Cathedral and Ipatiev Monastery, with its incomparable medieval frescoes. It was here that Mikhail Romanov was ordained the first Russian Tsar. 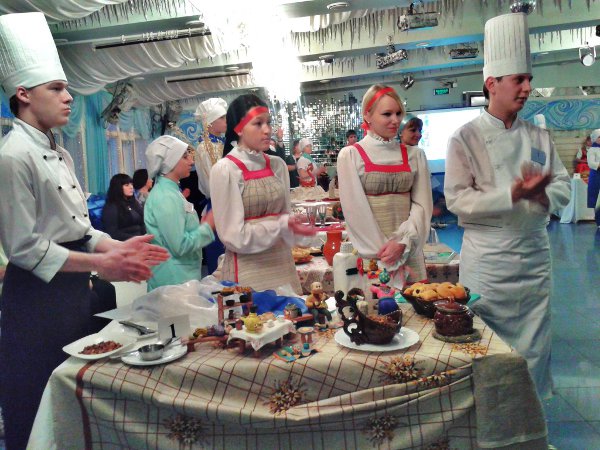 What will interest visitors to this place is not the frescoes, nor the gold capitalized cathedrals however. A far more rich and vast discovery awaits. The landscape of this Russian wonderland is immeasurable. The upper Volga wilds being one item, it is the real people of Russia that awaits your discovery. In searching Google Earth and Panoramio for pictures, even we discovered that rare character that separates and joins us all. The simple life, hard as it is in Russia and other places, is in fact the most welcoming attraction of all.