Ukrainian Fashion Week, the first professional fashion event in Eastern Europe, was held for the first time in November 1997, and since, it grew to an International event of proportions. Over 1000 journalist in countries like USA, Russia, Japan, China and others have covered the event since, and the interest grows from year to year. The event is attended by over 25000 guests every time, and takes place twice a year. This Spring, the Ukrainian Fashion Week debuted March 6, and will culminate Sunday, March 10. 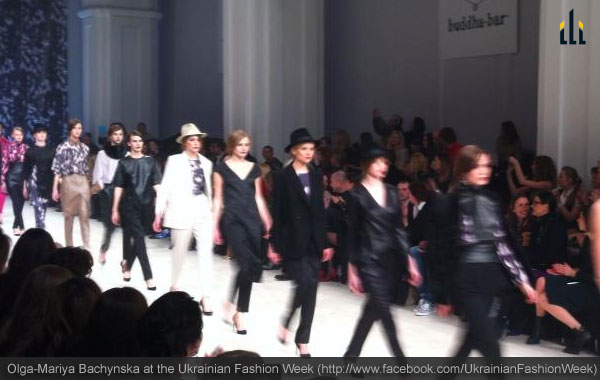 It is the 32 edition of the Ukrainian Fashion Week, already a success, with 51 designers, and a total of 39 show, to be enjoyed by a total of over 17000 guests. The event, which entered its third day on International Women’s Day, is also attended by important media personalities, like Katya Petukhova – renowned fashion expert of Russia; Andrea Deanesi – contributor to Vogue Italia; Romain Bernardie-James – French photographer; Vincent Mundi – Bloomberg magazine; and even CEO and Vice-President of Adam Matthew Weiss Public Relations company (NY): Adam Weiss and Angela Trostle.

This year, the official makeup stylist of the Ukrainian Fashion Week is Maybelline New York.

Ukrainians Travel Visa-free to the EU from June
Hike the Snow Mountain: Hoverla in Ukraine Is a Mountaineer’s Dream
Georgia and Ukraine Closer to Visa-free Travel to the EU
How to Decorate a Christmas Tree Like a Ukrainian
Previous: Our Segregated Travel Marketing: Putting “You” in Your Travel Place
Next: Six Apps for Entertaining the Kids while Traveling