The beauty of the Crimea - courtesy Vlad

Ukraine’s State Agency for Tourism and Resorts, along with the German Organization for International Cooperation (GIZ), have begun discussions for mutually promoting Ukraine tourism. According to the official news a round-table on: “The issue of creating systemic conditions for forming and promotion of national tourism product in the domestic and international markets”, has already been held in Kiev. 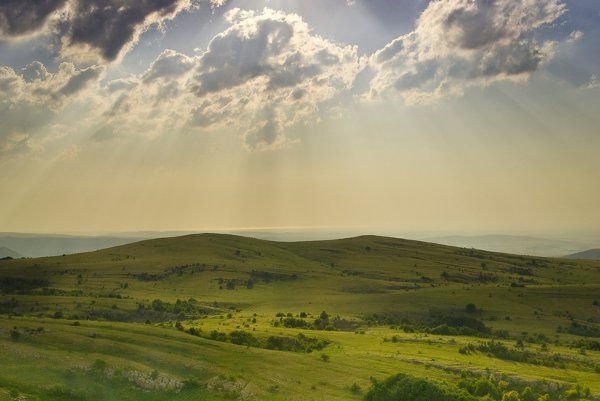 The beauty of the Crimea - courtesy Vlad

These meetings, which were attended by Key decision makers from Ukraine and Germany’s GIZ Artem Atoyan, Matthias Brandt, and Otto Ayke, as well as representatives of local authorities and governments, NGOs and international organizations,some scientists and other experts, promise a significan cooperation aimed at Ukraine’s travel industry. Ayke, an international travel consultant, delivered a report on practices and implementation of an international inbound and domestic tourism product.

Meanwhile, an expo being held today and tomorrow in Yalta aims at highlighting Ukraine’s potential a bit more. X International Resort Expo “Ukraine – All Year Round” will see some 600 exhibitors and about 8000 participants interested in the resort and spa industry surrounding the Black Sea. Organized by the the Crimean Tourist Development Center (CTDC), the yearly event also focuses on Russia, Belarus, and surrounding countries. With Sochi just months away, it seems clear the Black Sea region will benefit as a whole.

Research Claims Americans Plan to Visit Europe Despite Ukraine Conflict
Ukrainians Travel Visa-free to the EU from June
Hike the Snow Mountain: Hoverla in Ukraine Is a Mountaineer’s Dream
Georgia and Ukraine Closer to Visa-free Travel to the EU
Previous: Eye for Travel Hong Kong Coming Up
Next: Iceland Tourism on the Rise