Taking place in Istanbul on 13 November, 2012, the Turkish Shipping Summit 2012 conference will explore the issues that are facing the industry. Topics include shipping finance, ship-owning, how to make operating costs more efficient, what’s out there for investment in the face of privatisation of Turkish ports, the future of Turkish shipyards and other latest developments on topical subjects like CO2 emissions, piracy and more.

Starting with the big picture, discussions will focus on how has the economic crisis has changed shipping, how sanctions affect trade and what threats there are, such as piracy. There will be the opportunity to consider how to make cost savings, keep up with the changes in regulations, what ship charterers are looking for, opportunities to diversify (and risks of doing so), and how the industry can stay afloat in the face of change and counterparty risk.

There will also be the chance to looking at issues like whether private equity is the answer and who will be funding Turkish shipping as capital markets close in Europe. Finally, the conference will wrap up on what eco- and fuel saving initiatives are being taken around the world and the opportunities brought by fuel efficiency retrofits and conversions. What about maintenance and repairs…is the answer to build eco-tankers or retro-fitting? 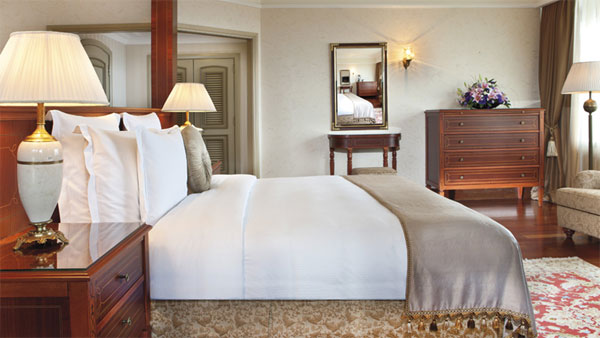 The venue for the conference will be in the Ritz-Carlton in Taksim, Istanbul on Tuesday 13 November, 2012. Flights to Istanbul can be found cost effectively, air tickets from Thomson and other carriers can take you direct to Istanbul Airport.

If you attend the conference, make sure you give yourself time to explore this fascinating city. Where East meets West, Istanbul is the only city that straddles two continents. Poking into the Black Sea, most of the city is in Europe, but some of the city is on the Asian side along with the rest of Turkey. 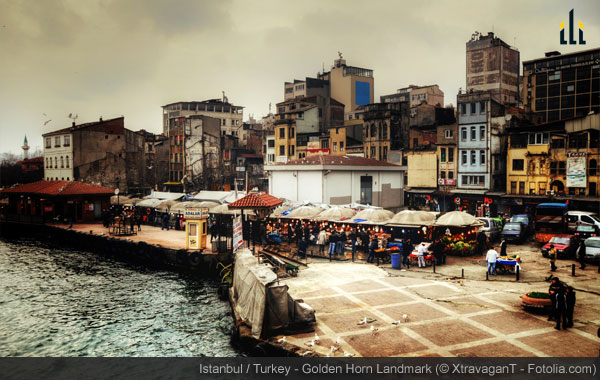 There’s lots to see in Istanbul. The Sultan Ahmet Mosque or Blue Mosque is one of Istanbul’s most famous landmarks. It is a classical style Ottoman mosque with six minarets, decorated with the beautiful Iznik blue tiles.

Also popular is the Aya Sofia or Hagia Sofia which was first a church, built from wood in the 4th century. Destroyed several times since then, it became a mosque in 1453 and then became a museum in 1934. In its day, it was one of the biggest basilicas in the Christian world. 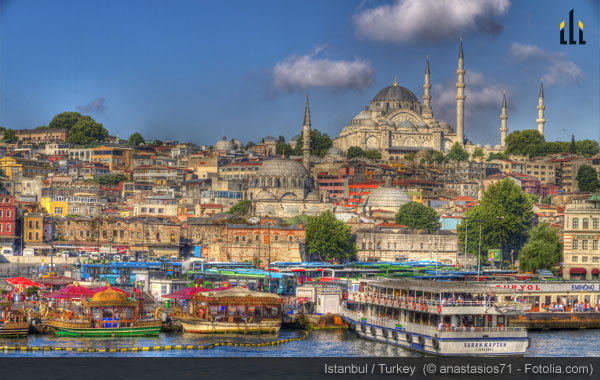 Istanbul has many fine collections in museums all over the city. One of the largest of its kind, Istanbul Archaeology Museum has over a million archaeological treasures from the Mediterranean, Balkans, Middle East, North Africa and Central Asia. Also worth a visit is the Istanbul Mosaic Museum with Roman and early Byzantine floor mosaics from the Great Palace of Constantinople. The Turkish and Islamic Arts Museum has on display a big collection of artefacts from Islamic civilizations. For lovers of woven goods, the tiny Carpet Museum tucked away in the backstreets near the Palace is a gem.

Topkapi Palace is the oldest and largest palace in the world and is located in a wonderful setting overlooking the Golden Horn.

If all the sightseeing has left you exhausted, why not try a Turkish bath. There are lots of places where you can experience the full works with massage and steam rooms. One of the finest places to go is Çemberlitaş Hamami – built in 1584 – or the 17th century Galatasaray Hamami.

Flights to most European and outside destinations arrive at Ataturk International Airport, 25 kilometres north of the city. Domestic and budget flights use Sabiha Gökçen International Airport, on the Asian side of the city. Trains connect with Iran and Syria, but until 2015, rail networks from Europe terminate at the border, where road transport is used for the rest of the way. Buses go to various destinations across Europe from Istanbul’s Otogari bus station, 10 kilometres north of the city.

Turkish cuisine is famous for its kebabs and the street food here is delicious. For a more culinary experience, you might want to try some of the restaurants in Galata like Haci Abdullah that serve traditional dishes.

The Ritz-Carlton is located in Taksim, the new main centre on the European side where people go for shopping and entertainment. Close by is Harbiye where you can find a wide range of accommodation, from high quality apartments to middle-range hotels. Sultanahmet, a little further on, is also on the European side in the old city. This is where the cheaper hotels can be found, though there are a few top-end hotels here too. For more luxurious accommodation, head out along the banks of the Bosphorus and into the western suburbs. 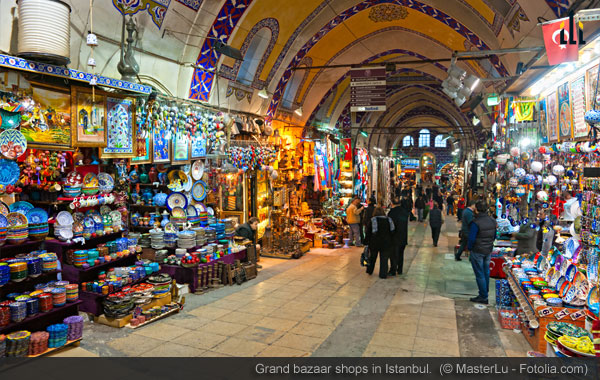 Istanbul is a shoppers’ paradise for things like carpets, beautiful Iznik ceramics, spices and much more. Turkish carpets are world famous for their fine quality and intricate designs. Wherever you go you can find shops selling carpets. Varying according to regions in Anatolia, they come in all shapes and sizes, materials used, how they are made, patterns and motifs.

The Grand Bazaar is one of the world’s biggest covered markets. It is quite simply a maze of narrow passages and has thousands of shops.

Don’t miss out on some time in this bustling and beautiful old city, where the eastern and western cultures meet in a fascinating mix that won’t be forgotten.

Turkey Wildfires Are the Worst Ever – Experts Say It’s Only the Beginning
Turkey Opens 2,900-year-old Altintepe Fortress to Tourists
Panagia Sumela Monastery Frescoes Vandalized in Turkey
The Troy of Legend Now Thought to Be Much Older
Previous: 007 To Turn Travelers to UK Side [Video Coverage]
Next: Startup Cabforce Barks at Europe Cabbie Stand