Trekking the North-West Himalayas – touching the roof of the world

The Himalayan chain is home to the world’s highest and most impressive mountain peak, The Everest. Its plateau begins in Pakistan and it stretches all the way to beautiful India, Bhutan, and beautiful Nepal until it reaches China on the east. The landscape from the top is majestic; packed with surreal glaciers, deep valleys and hidden lakes, Himalaya is a dreamlike destination for avid trekkers. 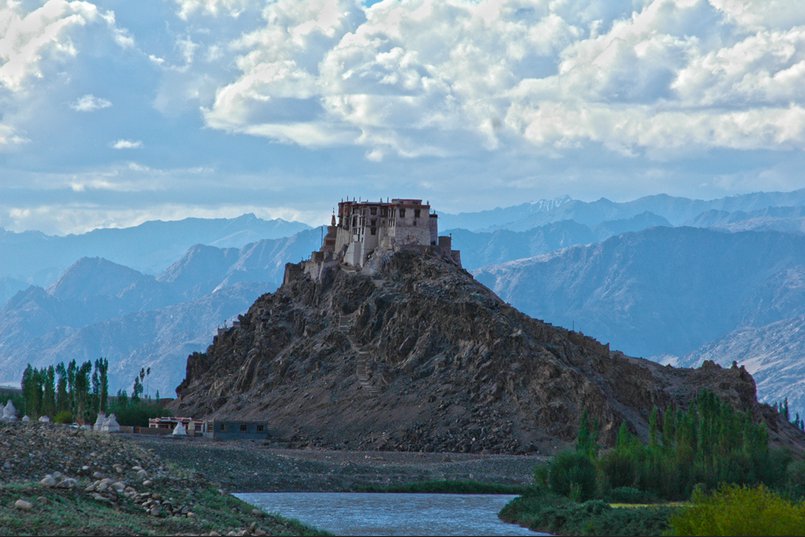 The country that mostly identifies with Himalaya is Nepal, which hosts 8 of the 10 peaks, the highest in the world including Everest. People have been trying to get to the top ever since Edmund Hillary first climbed the Everest Mountain 60 years ago. There have been many attempts and very few successes ever since; and yet, experienced mountaineers are not giving up. The Everest Base Camp has become the world’s most popular trekking spots. Thousands of adventure seekers come here every year in the hopes of exploring the region and admiring Himalaya’s incredible fauna and flora. 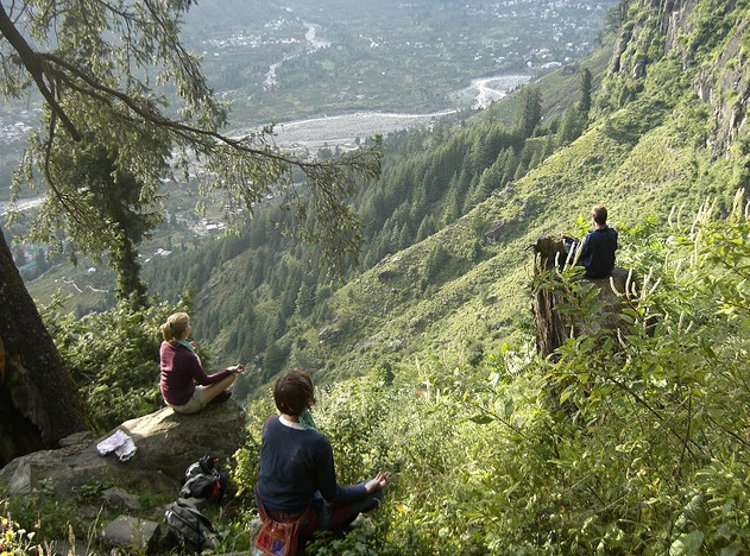 Above the Kullu Valley – Courtesy 4ocima

Starting with the abundant Kullu Valley (above) all the way to the arid territory of Ladakh, northwest Himalaya is a worshiped travel spot by climbers, walkers and trekkers searching for serenity and incredible landscapes. This beautiful area is infused with spirituality. Buddhism dominates the regions of Himachal Pradesh and Ladakh, so be ready to see lots of holy Hindu sites while here.

Northwest India is such a breathtaking territory. Manali is a preferred destination for a honeymooners and adventurous snow-seekers, while if you climb up the mountain, Ladakh and its high-altitude desert will dazzle tourists with fantastic sceneries. Featuring all sorts of Buddhist monasteries surrounded by gleaming ice peaks, northwest India has a bit of something for everyone. In the warm season, when the flowers are in bloom, Himachal Pradesh and its stunning wooden villages offer dreamy excursions on foot. 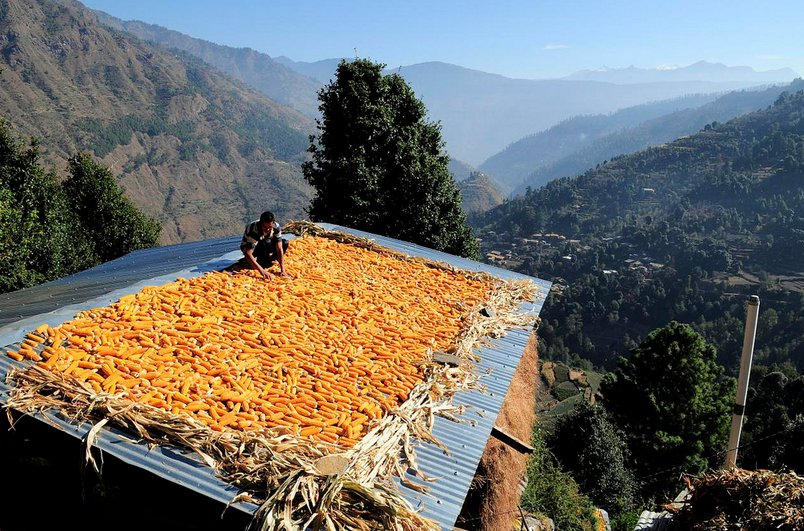 Himachal Pradesh and its picturesque sites

Nested in the remote valleys of Spiti and Lahaul, Himachal Pradesh (as above) is an amalgam of snowy peaks, wooden villages, happy people, and abundant vegetation. From May to June (early summertime), this area is a delightful travel spot – trekkers will stumble upon lofty hill stations, rolling foothills, serene pine forests and madcap traveler towns.

The aura of the mountain chain is just overwhelming. The stunning peaks of PirPinjal and DhaulaDhar offer a wealth of trekking adventures, starting from rafting and trekking, to skiing and meditation session in the nearby Buddhist monasteries. The Buddhist culture abounds in Himachal Pradesh, particularly because the region is home to the Tibetan refugees and the Dalai Lama. 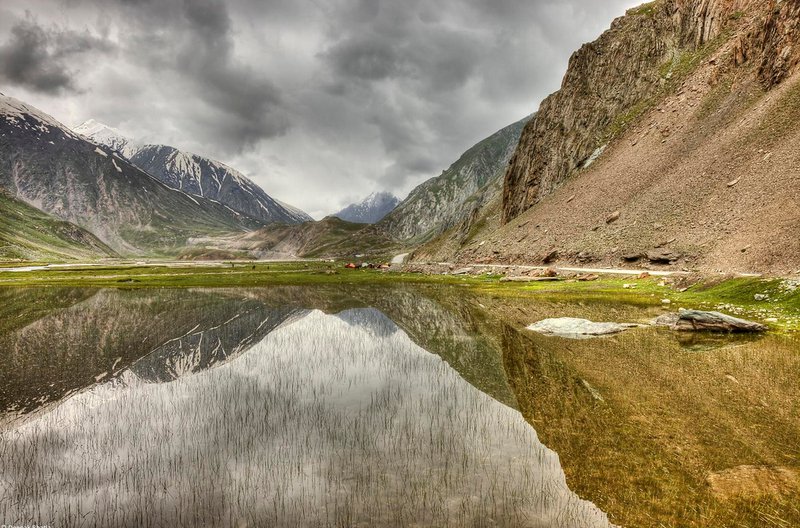 Even though Ladakh is officially included in the Jammu-Kashmir state, its exact location is incredibly challenging to reach. Surrounded by several of the world’s most imposing mountains, the culture and geography of this incredible place is more connected to the neighboring Tibetan territory. Most of the locals are Buddhist, and from the second you step foot in Ladakh you will be greeted by all kinds of monasteries and colored prayer flags.

As for Kashmir, some people see this place as India’s most controversial and wildest tourist spot. Unless you’re traveling with an agency, this area should be avoided due to some political tension between Kashmir and Jammu. 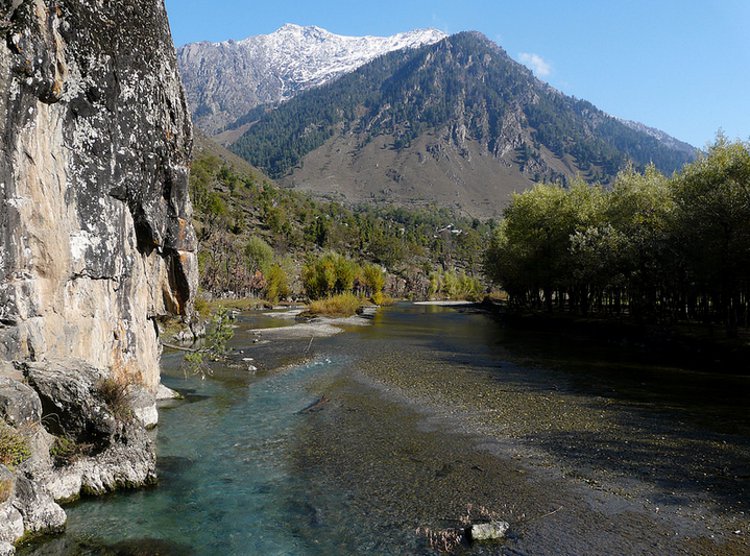 Top attractions in northwest Himalaya
If you’re preparing to see northwest Himalaya this season, you must include in your itinerary some of the region’s best travel spots. Shimla, the capital of Himachal Pradesh, is a beautiful town that should be on your list. It dates back to the 19th century and it sits at an altitude of 2,130m. In the town center, there are lots of churches, neo-Gothic edifices and superb architectural buildings to check out.
Move on to Dharamsala, a mountain range located in Kangra Valley. Upper Dharamsala is home to the famous Dalai Lama; onsite, tourists will have a chance to find out more about the customs and traditions of the Tibetan people. Their traditional music, dances, and art will leave you speechless. A Himalaya holiday is exactly what you need if you love the wildlife. Ready to touch the roof of the world and check out the world’s most spectacular mountain range? Gear up and let the adventure begin!