Clive Palmer, a mining billionaire from Australia, has a daring dream: to build a modern replica of the legendary RMS Titanic. The billionaire has signed a memorandum of understanding with CSC Jinling Shipyard, a Chinese state-owned company, to build a passenger liner as similar as possible to the original Titanic in design and specifications, but with modern technology. According to the news, the vessel will be ready to sail in 2016, and construction will start at the end of next year.

“It will be every bit as luxurious as the original Titanic but of course it will have state-of-the-art 21st Century technology and the latest navigation and safety systems,” he told Australian media.

Clive Palmer has picked the perfect moment to announce his daring dream, two weeks after the centenary of the sinking of the Titanic, which caused the deaths of more than 1,500 people. His purpose is to build the vessel as a tribute to the men and women who built the original ship. Although the sinking of the RMS Titanic was one of the deadliest peacetime maritime disasters in history, it was not the deadliest. In 1987 the passenger ferry MV Doña Paz collided with the oil tanker Vector, causing more than 4,300 deaths. 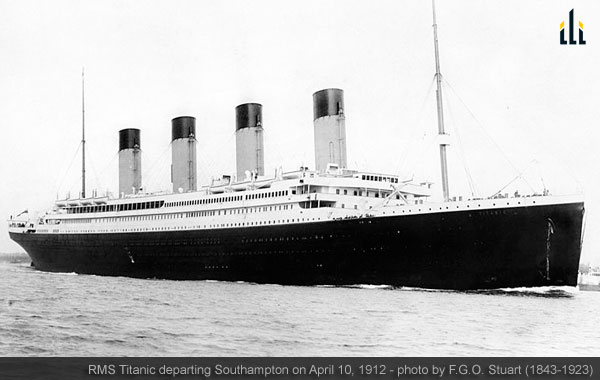 The original RMS Titanic was the largest luxury ship of its time, and one of the safest passenger liners, designed to stay afloat with four flooded compartments. However, the collision with the iceberg on the night of 14 April 1912 opened five of her sixteen compartments to the sea. It took her two hours and forty minutes to sink – not enough time to save all the 2,224 people on board.

Clive Palmer is not discouraged by the ill fate of the RMS Titanic. He knows that any ship can sink under precarious circumstances. But he is also confident in modern technologies and warns people against superstitions:

“It is going to be designed so it won’t sink. But, of course, if you are superstitious like you are, you never know what could happen.”

If everything goes as planned, Palmer hopes that the new Titanic will sail from London to New York in late 2016.

CIOOC 2021 Offers Far More Than Olive Oil Trophy Wins
Greece’s Culture Ministry Sets Summer Hours for Historic Sites
Greece Celebrates Freedom But Corporate Tourism Tyranny Is On the Rise
EU Citizens! Time to Give Ursula von der Leyen the All-Important “WTF?”
Previous: No1 Traveller: An Alternative to Overcrowded Airports at the London Olympics
Next: Image of the Day – Bridge Over the Mosel