The Coronavirus Pandemic Could Set Tourism Back by $1 Trillion

The UN Secretary-General Antonio Guterres just released a new report today citing UNWTO data on the level of devastation COVID-19 will exact on the tourism industry.

We’ve known for some times that over 120 million tourism jobs will likely be affected, but the prospect of $1 trillion in economic damage has so far escaped most analysts. Mr. Guterres was cited by Protothema saying:

“It is imperative that we rebuild the tourism sector,” and to “regain its position as a provider of decent jobs, stable incomes, and the protection of our cultural and natural heritage.”

The UN Secretary-General also stressed the role of tourism as one of the most important economic sectors, one which provides sustenance for hundreds of millions of people while “boosting economies and enabling countries to thrive.” 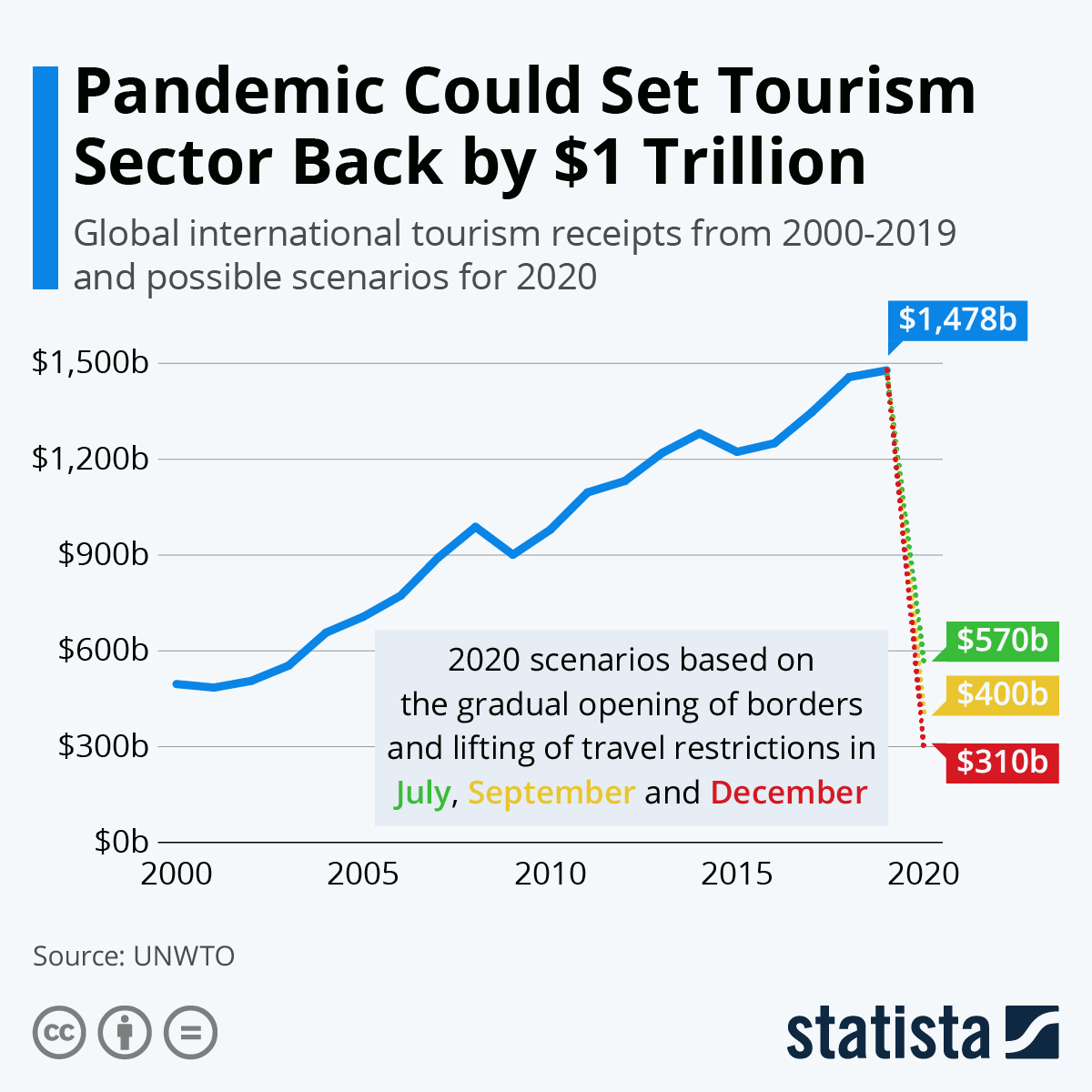 You will find more infographics at Statista

Worldwide restrictions imposed at the onset of the pandemic alert in March caused international travel came to a screeching halt in April and May, which resulted in international tourist arrivals that trailed last year’s total by almost 60 percent through the first five months of 2020.

Depending on when travel restrictions will be fully lifted, the World Tourism Organization expects international tourism receipts (i.e. spending by international tourists) to drop between $910 billion and $1.2 trillion this year, which would set the global tourism industry back by 20 years.