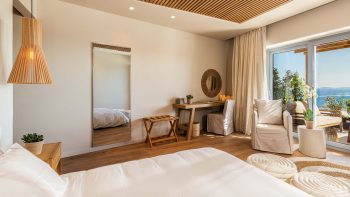 Ibiza-based Pacha Group has just announced the opening of its first hotel outside of Spain for June 2021. The group’s Destino Pacha Mykonos will mirror the bright luxury of the group’s other resorts like Pacha Ibiza and The Pacha Hotel. The new resort will overlook the white sands and turquoise waters of the Aegean Sea, and feature […]