If Paris has lost some of its shimmer for you, then how about giving one of the lesser known eastern European cities a whirl? Here’s a surprisingly entertaining and eventful seven you may not have thought of for your 2016 European getaway. Best of all, these unsung gems are some of the most cost effective city breaks you’ll find anywhere. Welcome to Eastern Europe. 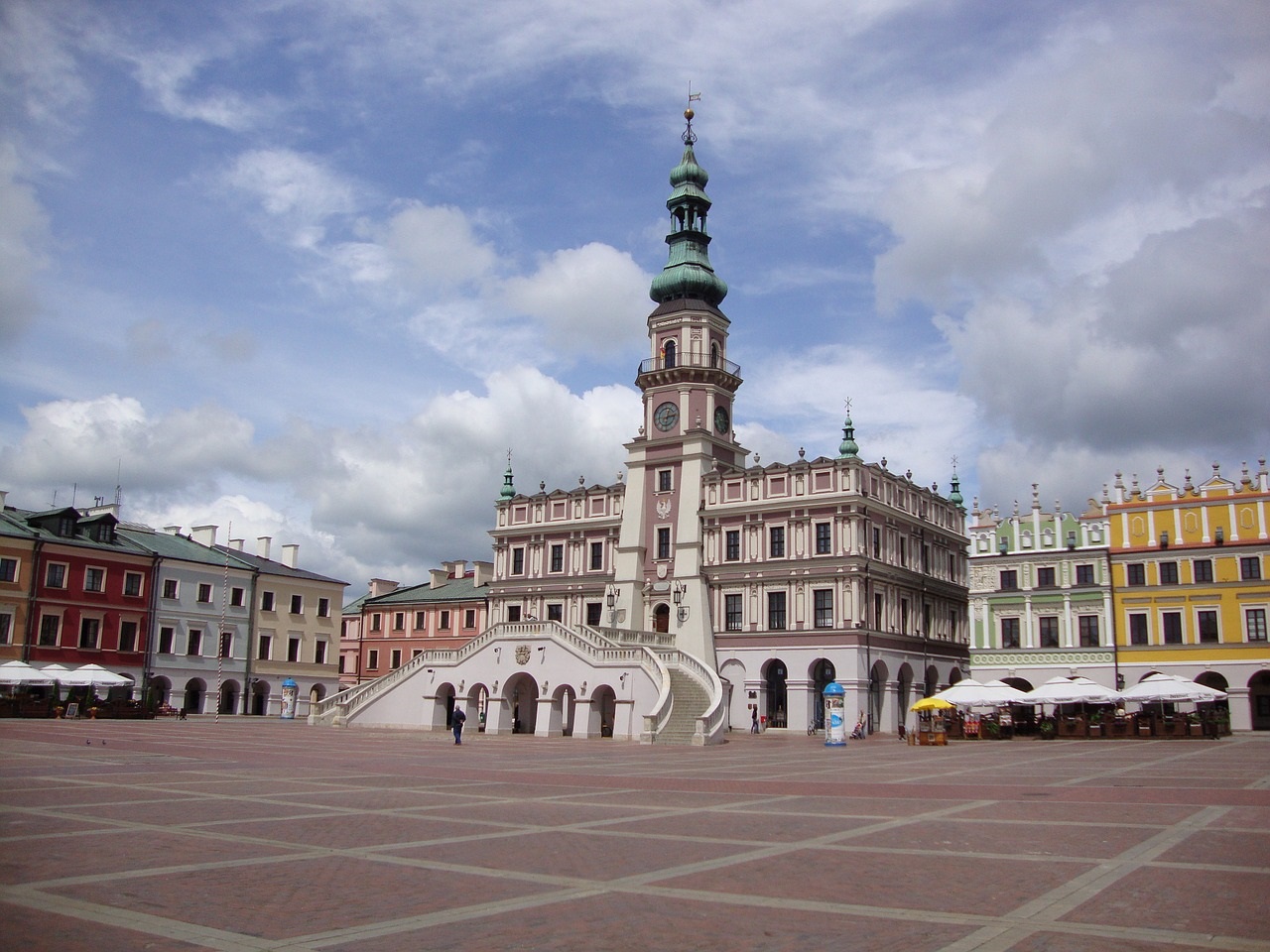 Close to the Ukrainian border, on the far Eastern corner of Poland, rests among the most unusual architectural hubs in Europe. The city of Zamość shows off an ornate Italian Renaissance square – the city was constructed and designed by architect an architect from Padua, Bernando Mornado, who founded most of his styles on Italian ideals of what a perfect city should have and look life. This would enlighten us as to why Zamość resembles Florence or Genoa of northern Italy. Zamość is a UNESCO World Heritage listed old town, a visit here would definitely provide you with intrigue to study the outstanding architecture, and many colourful buildings. A city full of history, and much to tell the western and outside world, a visit here would tell you about Zamość, but much about Poland as well. 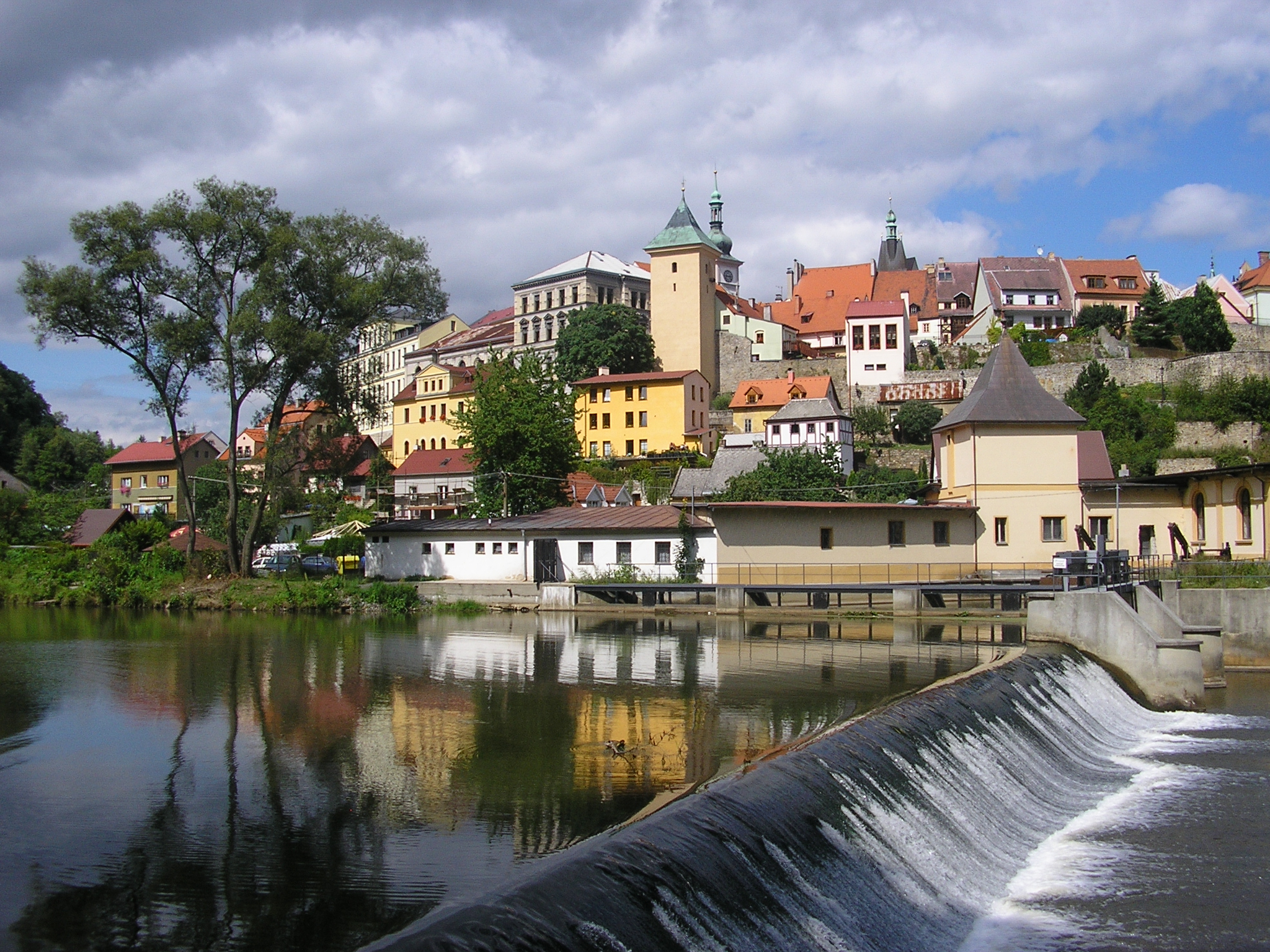 Situated on the banks of the Ohře River, Loket is a sleepy, yet photogenic, town that allows for the best little trip outside of Prague – it is nearly four hours by train, and about 3 per car, it is just as beautiful as Prague, yet has none of the huge crowds of bustling people. Centered around a 14th century castle,  accompanied by a city gate tower along with a bookbinding museum, the city is chock full of history and many places to see. It is also worth stopping by just for a cuppa – the city is renowned for its porcelain, which is recognized as an authentic Czech souvenir, to impress your friends or family, when you return home from your journeys. 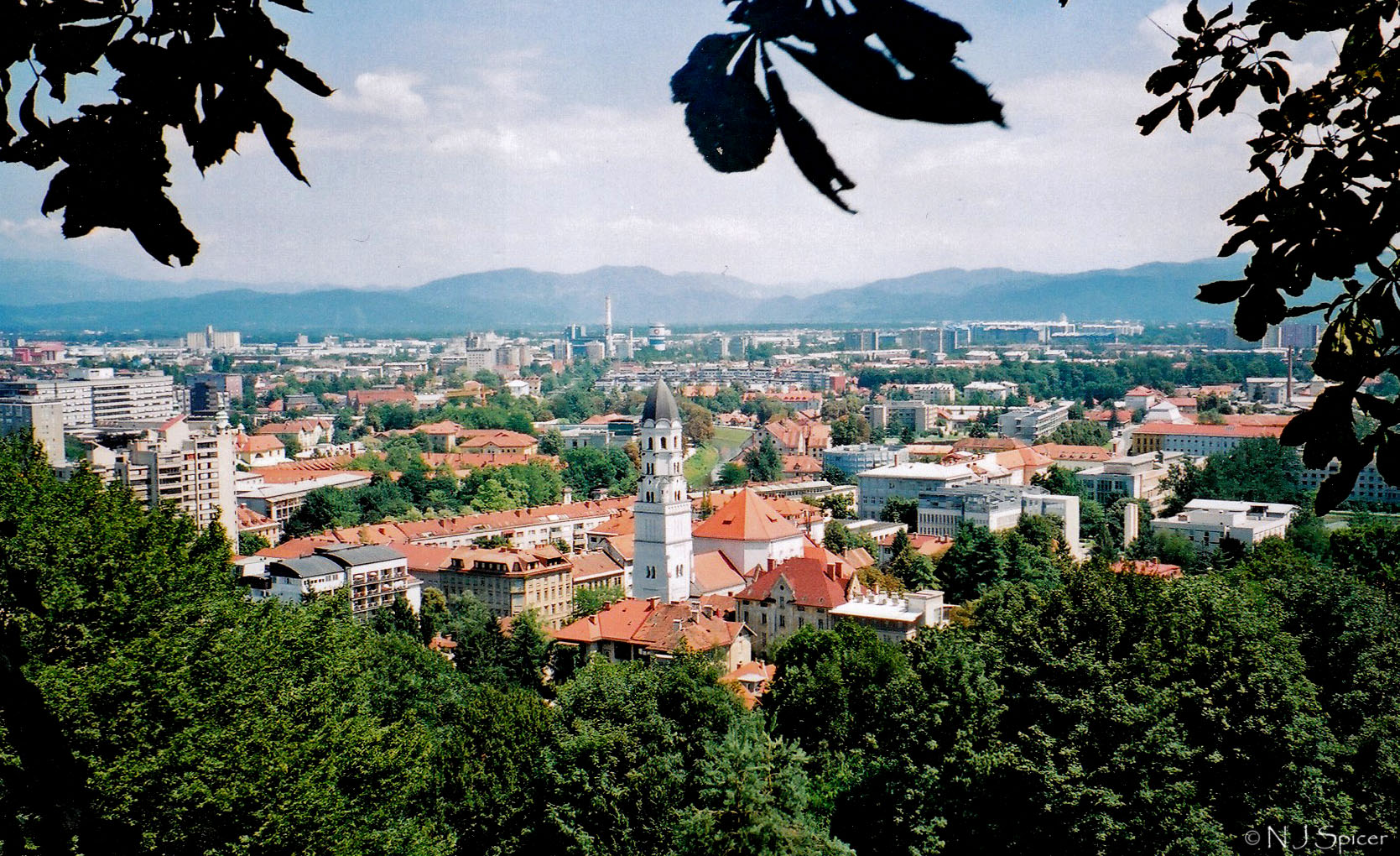 The Slovenian city has all of the great European architecture: ornate medieval architectural gems, while Art Nouveau is scattered across the city and  socialist-era style graces the façades of the buildings, of which belong to the city’s center. Indeed, the Slovenian architect taking credit for most of what you must  see in Ljubljana is Joze Plecnik,  who worked in Prague in his later years, one could say Ljubljana is the original Prague. There’s no doubting now that this is a beautiful  destination on your travels,  with a bustling student community and chic riverside café culture.  For the cake connoisseurs out there, you must see the Cajunica Gallus on the Ljubljanica River, for iced fruit teas and slices of heavenly chocolate cake. 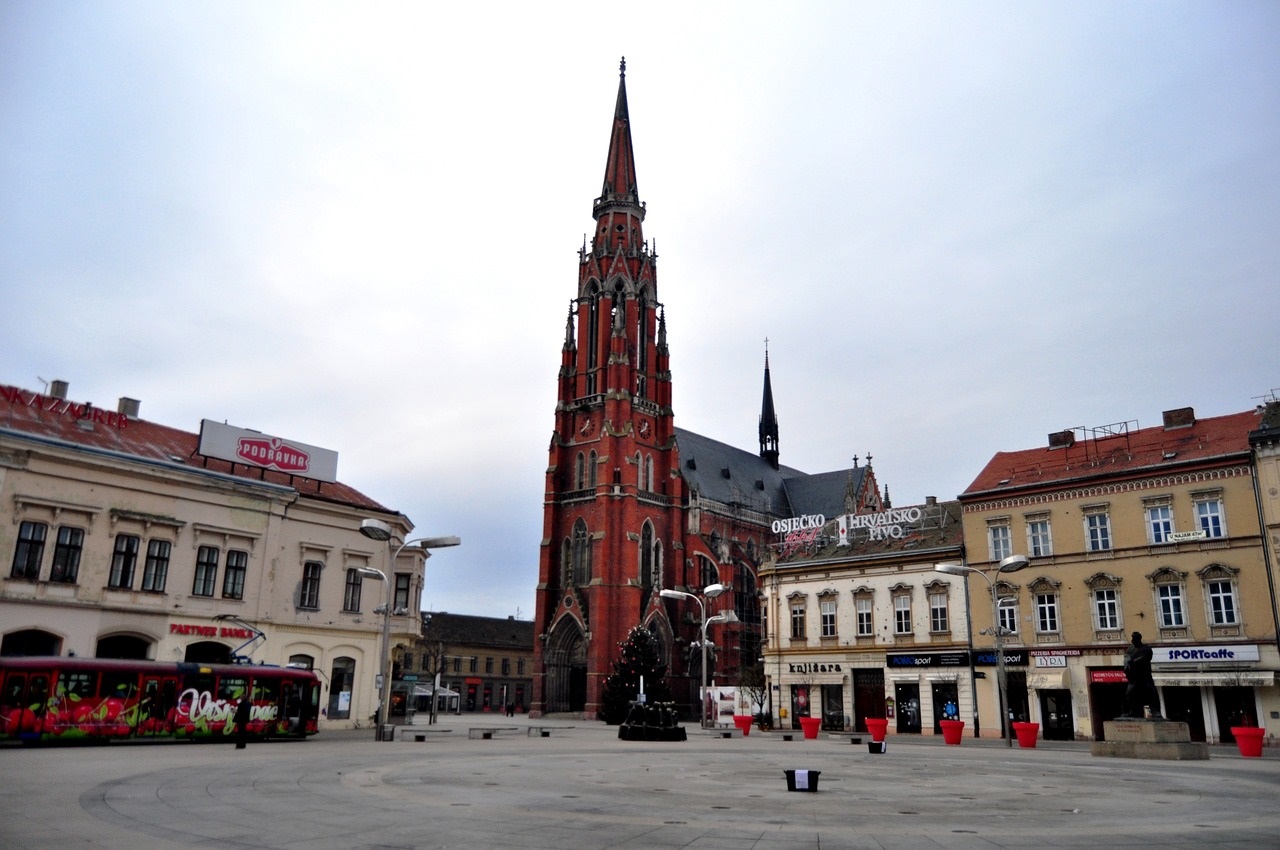 Getting away from Croatia’s sparkling array of renown coastal cities, and dive deep inland across the Pannonian Plains. Here Osijek waits for you travelers, on the Drava River, where you will find a fine collection of architecture to enjoy, as well as Europe’s first tram system ever made. The recently reinvigorated Tvrđa fortress  is a must see, yetfor a less adventurous afternoon, take to the riverside paths and stroll along the banks of the river, stopping by chic cafés and withheld bars for a taste of  Osječko beer, and the scrumptious paprika laden fish soup, fiš paprikaš. Among the best spots in town is the friendly Restoran Kompa, where you will find great Croatian classics with a view overlooking the river. 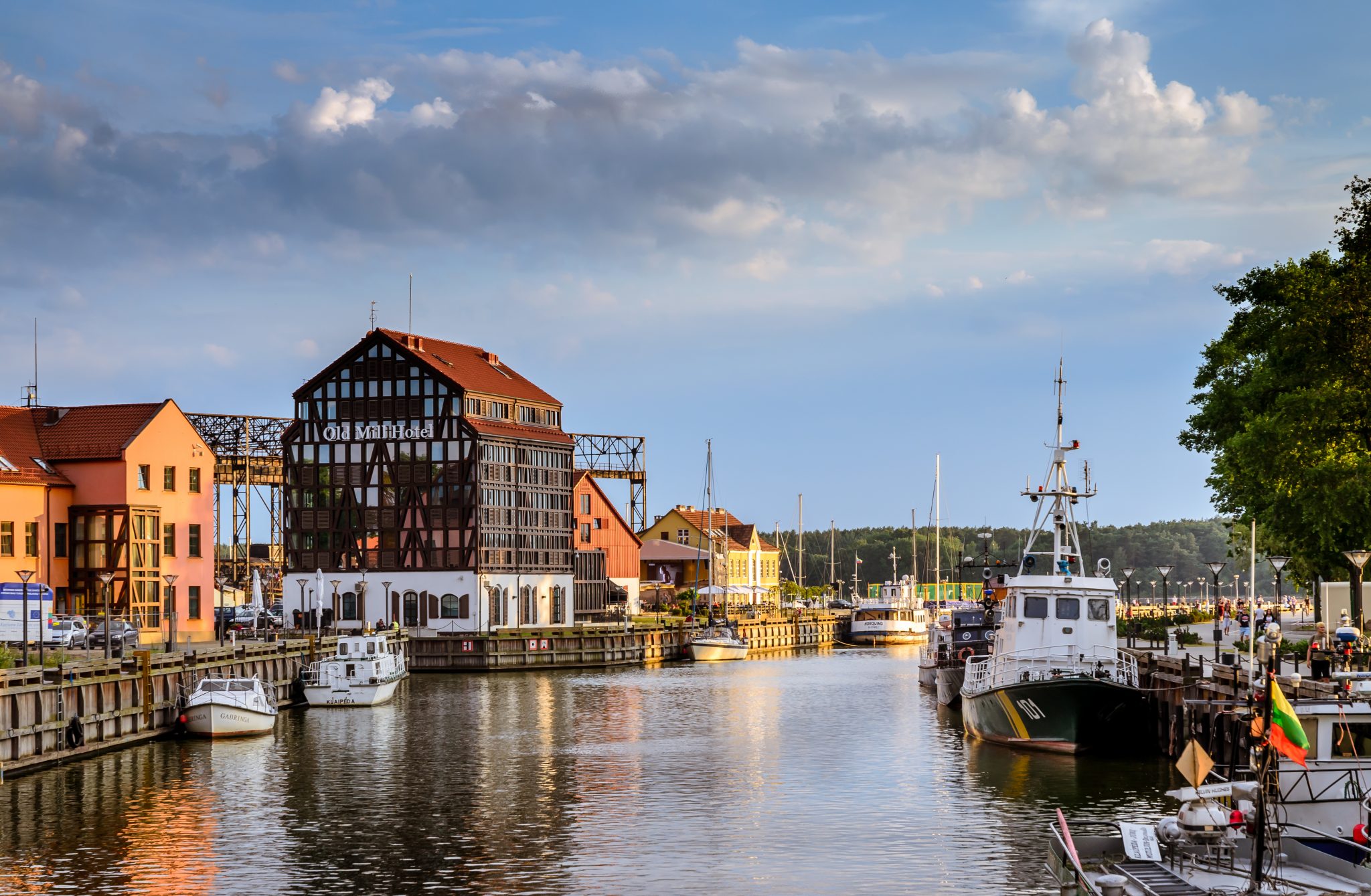 This Baltic port is a neat place with a charming  historical centre, blessed with bountiful museums, reinvented streets and a score of venues for tasting and experiencing the hearty local food and ales. For a fun and free afternoon with the kids, take them for an adventure, spotting  small sculptures of animals, dragons, and ghouls which are spread out around the city’s old town. If you have planned a trip during the summer, then this pick has a few beaches for you to choose from, the most stunning being Smiltynė, a UNESCO World Heritage listed stretch of land. Wish to adventure further? Take the ferry across the waters to the insanely beautiful Neringa and the Curonian Spit, an island that offers some of the most wonderful sand dunes in Europe. 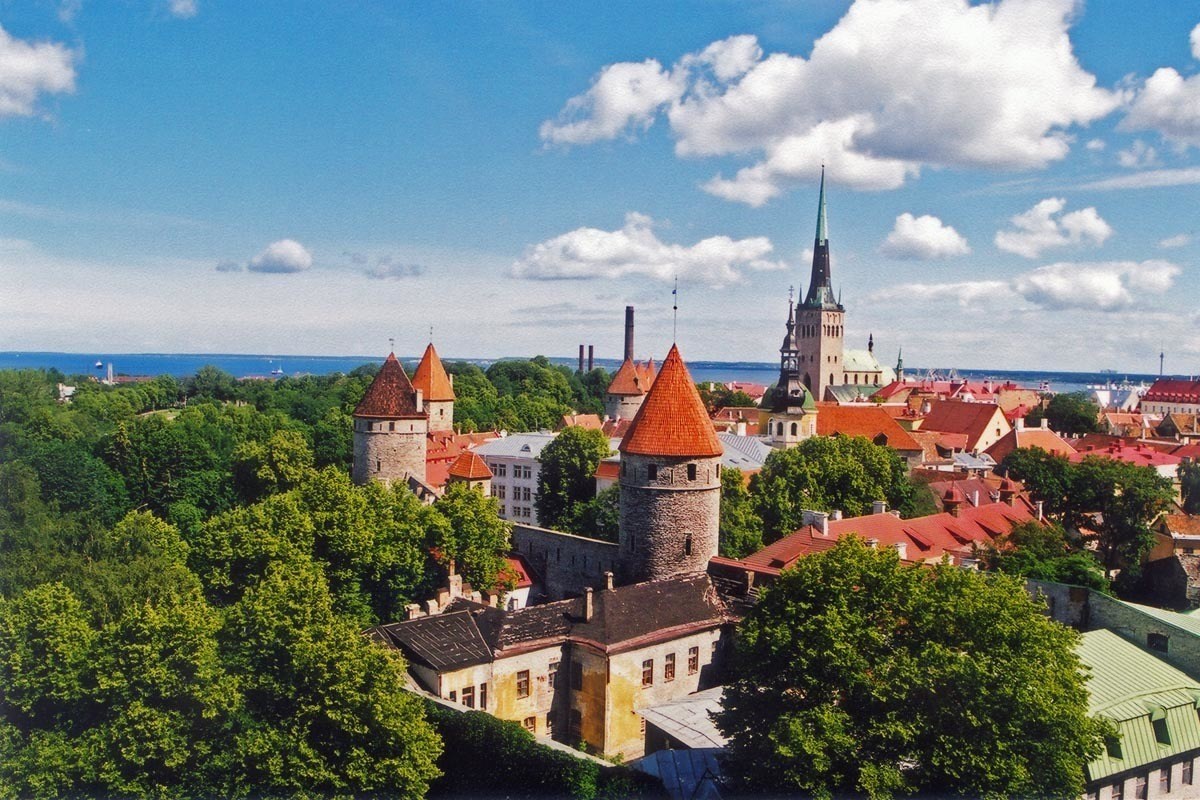 Whilst gangs of party animals continue to trip up to Estonia’s capital Tallinn, the University city of Tartu enjoys a more reserved pace of living, undisturbed by too many tourists. Tartu is thought of by the Estonians to be the intellectual and cultural hub by being the oldest city in Estonia, as it was founded in 1030. The old town’s historic buildings are still  used by the university, while students enjoy the cafes, bars and restaurants in the area. Vein ja Vine is a popular choice amongst tourists, and Tartu’s locals looking for exquisite wines and tasty Italian antipasti. There are plenty of places to explore too, including the university’s botanic garden, Barclay Park and Toome Hill – which also belongs to the University, it was given to the University by Emperor Paul I.  So pack some comfortable hiking shoes. 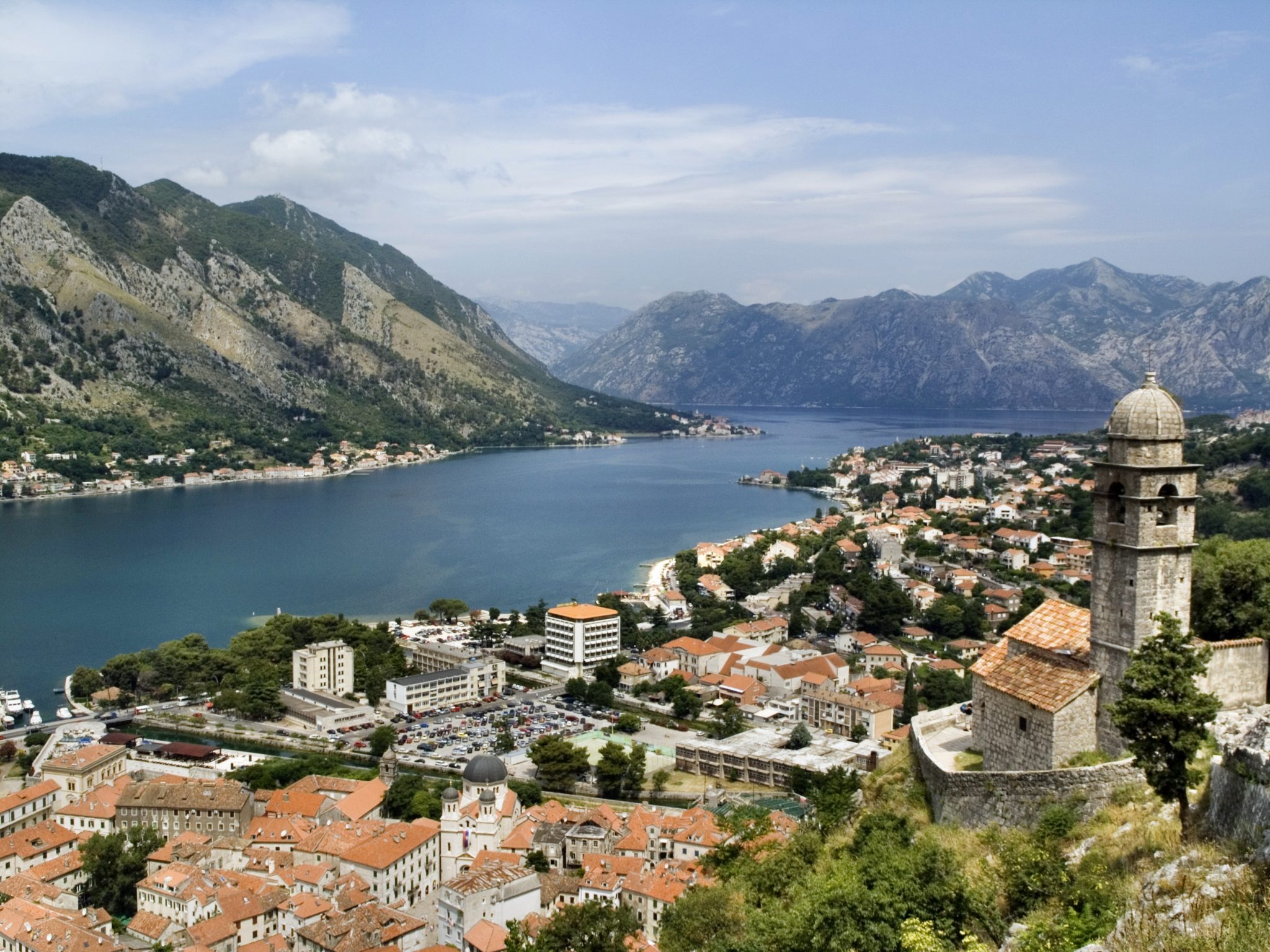 The ‘New Croatia’, or Montenegro for some, is beginning to make its impression on the tourist map of Europe, comparing with Dubrovnik further up the road: both are fortified cities stalemated between mountain and sea, upon which historic city centers lie churches and cobblestones. The simplest way to get here is to fly in to Tivat airport, 8km away from the center, and hire a cab, or rent a car. The city, and Bay of Kotor deserve their place on UNESCO’s World Heritage list. But you must be warned, it is fairly easy to get lost walking in this medieval city, it purposefully constructed like a maze to confuse invaders to protect it from attack.A small tip for the traveller: watch out for the city’s main landmarks, like St. Tryphon’s Cathedral and St. Nicolas Church, these will guide you through the streets of Montenegro.

The WWF Warns Us the Mediterranean Is Becoming Tropical Sea
Europe’s Second Lockdown Already Crushing Stays
Will the Coronavirus Pandemic End the EU Experiment?
Four Balkans Countries Will Bid for 2030 World Cup
Previous: Art by Day, Party By Night in Belgrade – Galerija Stab
Next: Beyond Travel and Sun Island Tours team up to present Eastern Europe