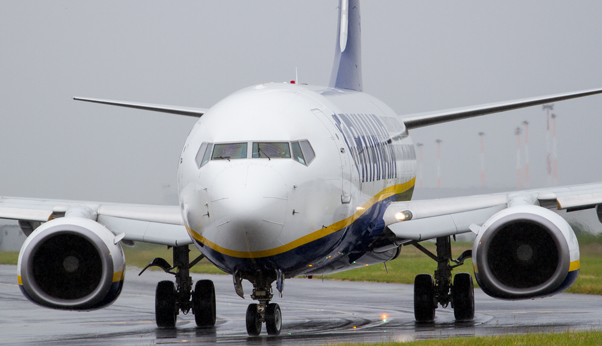 The Irish-based carrier decided expanding operations after the country´s government decided to cut out the €3 controversial air tax. Ryanair has already announced more services from Shannon airport stating next year.

There will also be increased capacity and improved schedules on the Birmingham, Bristol, Edinburgh, Glasgow (PIK), London (STN), Madrid, Manchester and Nice routes (from 300 to 400 flights p/w).

“Ryanair is pleased to deliver 9 new Europe routes to/from Dublin and over 1m new passengers for Ireland (which will create over 1,000 new jobs at the Irish airports) in direct response to the Government’s welcome initiative to scrap the €3 air travel tax from April 2014. A critical component of this growth will be 100 extra weekly flights into Dublin from Britain, which will reverse the recent tourism declines in UK visitors coming to Ireland. Ryanair’s fares on these new Europe routes start from €29.99, which is half the price of Aer Lingus’ lowest fares (€60) to Lisbon, Madrid, Nice and Prague.” – Ryanair´s Chief executive Michael O’Leary declared.

Ryanair expansion will increase its capacity at Dublin by around 700,000 new passengers per year, a total of 8.25 million. It will also create over 300 new direct jobs in Ireland for pilots, cabin crew, customer service specialists, software developers and 1,000 indirect jobs at Irish airports (Dublin, Shannon and Knock) needed to cater the 1 million passenger growth.

Ryanair is the second-biggest airline operating at Dublin Airport, while Aer Lingus is the largest.

The increase in passenger numbers at Dublin will be welcomed by the tourism industry, which has already enjoyed a resurgence in business this year following the success of the ‘Gathering’.

Ideas to Make the Most of Your Visit to Phuket
Trends Say Americans Guarded Over Travel 2022
27 Inspirational Travel Quotes to Fire Up Your 2022 Travel Bug
Omicron Surge Stops the New Year’s Eve Music in Greece
Previous: All of Romania’s Museums Featured in a Bilingual App
Next: 2013 European Destinations Award Goes to Romania’s Jurilovca Village