In news from Ukraine, Shakhtar Donetsk just celebrated their 75th birthday with special guests pop star Rihanna and Ukrainian-born actress Milla Jovovich. The country’s top football side, Shakhtar reached the quarter finals of this year’s Champions League this year. Their new stadium packed to the rafters with 51,000 adoring fans, Saturday’s party for the team is the talk of the region. 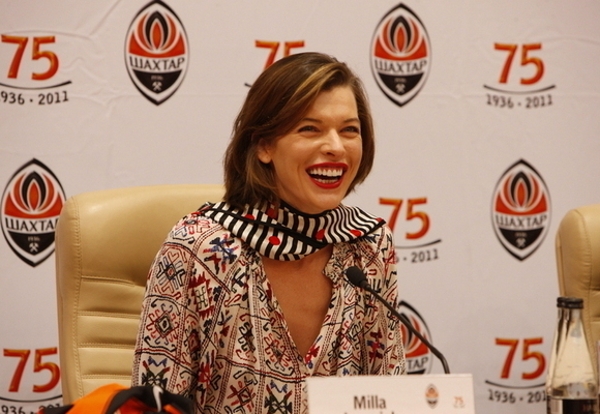 Donbass Arena was the scene of a spectacular 3 D extravaganza with saw Jovovich talking to the crowd about her pride in her home country and her team, as well as a rocking R & B fest starring Rihanna. Ukrainian President Viktor Yanukovych, as well as many other dignitaries attended the event. The celebration was actually a bit more significant and symbolic than many news outlets have led on. Not many realize that when this historic team first played back in 1936, Stalin ruled all the Soviet Union with an iron fist.

Despite Yanukovych’s unpopularity with many Donbass citizens, the country has come a long way democratically since the days of Stalin. Reform comes hard to hard places, or so the saying goes. Not withstanding political ramifications, the team and the people of this region had reason to celebrate on Saturday.  Their new stadium will play host upcoming Euro 2012 games. 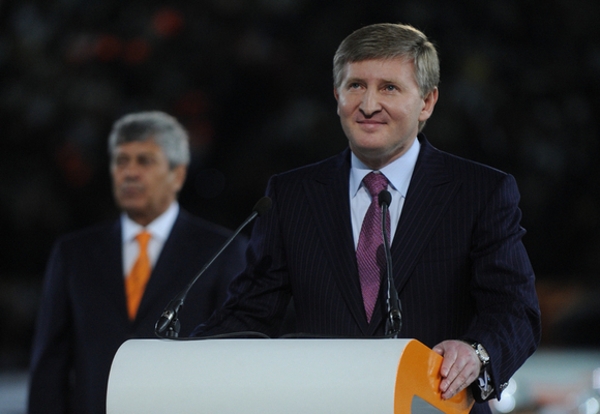 Shakhtar Donetsk was quite literally turned around when Ukraine’s most famous sports fan and billionaire, Rinat Akhmetov (above), became their president and chief evangelist (fan too). Akhmetov was present on Saturday too and was met with a standing ovation from the capacity crowd. For an interesting take on this historic club, and Rinat Akhmetov, you might check this candid interview on the official FC Shakhtar website. And for a peek at Euro 2012, the promotional video below shows off Ukraine very well. We will be there, just so you know.

Research Claims Americans Plan to Visit Europe Despite Ukraine Conflict
Ukrainians Travel Visa-free to the EU from June
Hike the Snow Mountain: Hoverla in Ukraine Is a Mountaineer’s Dream
Georgia and Ukraine Closer to Visa-free Travel to the EU
Previous: Building on its Potential – The Crimea
Next: Vesak Day in Singapore: A day of Enlightenment