“No, I won’t! You show me your passport”, I hear a loud splutter of a drunken teenager. “You’re not even Russian, what right do you have to teach me if I can drink or not? Why do I even have to show you my passport to get the booze? Why do you ask me that?”, the teenager insists with withering scorn.

“Because I’m obliged to by law”, she responds calmly, while resisting the tears stored up under her long black eyelashes.

The teenager slams the door demonstrably and leaves. She looks back at him and in her eyes, I can see – she is remembering the day when, under the shower of bombs, she was forced to leave the mountains behind her.

Her name is Mila. She was born Armenian in Nagorno-Karabakh. Today she works as a cashier at a supermarket. 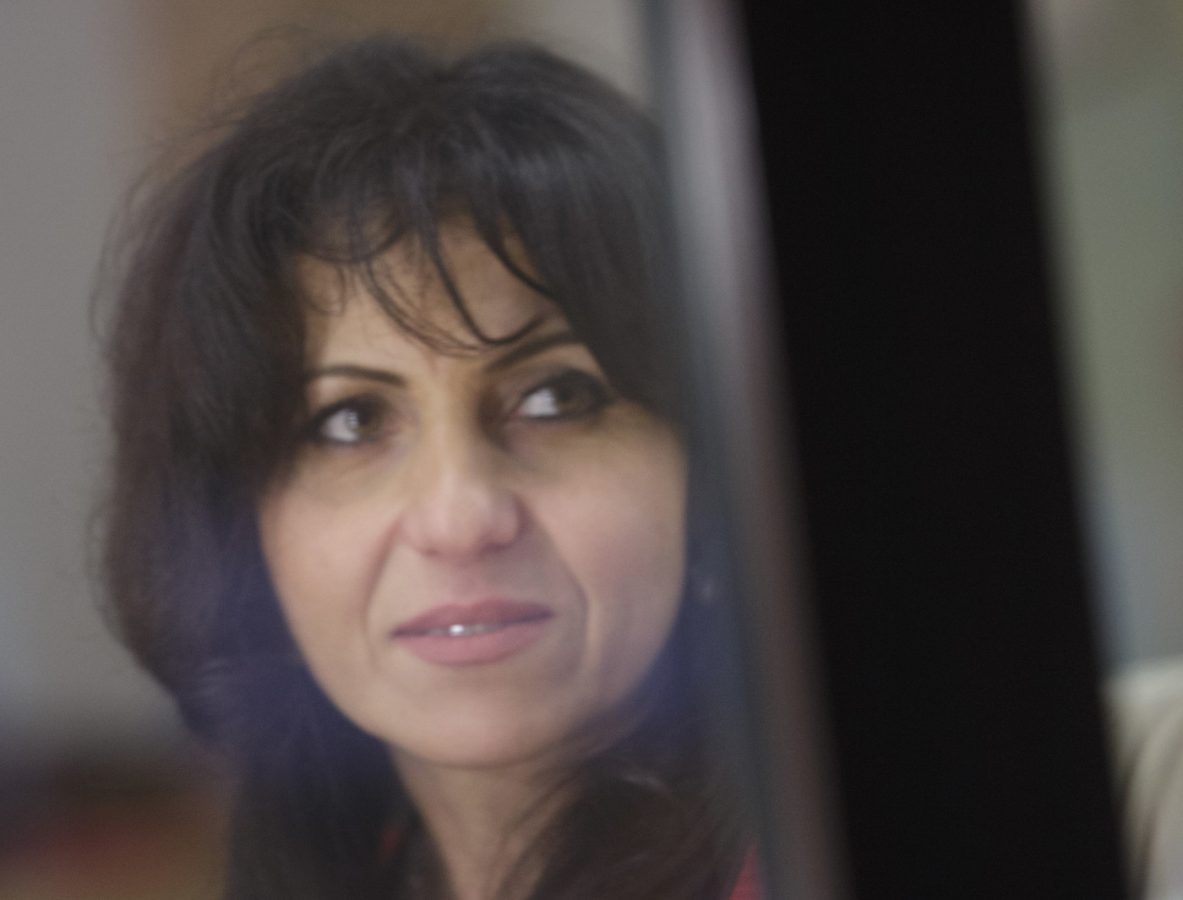 Mila Arutyunyan – Her story by Anna Novikova and Vitaly Vakhrushev

Immediately after the teenager leaves, she is caught up with another client, chatting away and her radiant smile is back again, drowning everything around her with light.

“Most of the clients prefer me to other cashiers”, she confesses later to me over a cup of tea. “People always tell me that I am too kind. So I ask them: what prevents you from being just as kind?”, she tells me, gracefully holding her cup in a way that would never let me guess her employment. 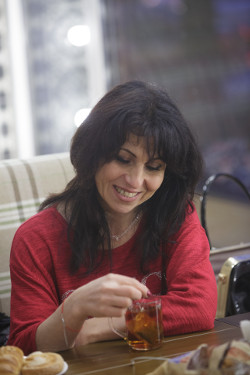 She throws a long look out on the dark street and glances back at me with her eyes full of life.

“I have spent my childhood under the bombs. Seven years of my life, Anna. The ground was drenched with blood”, she stops, takes a sip and drops her voice as if someone could accidentally overhear us. “Don’t take me wrong, I am not in any way a nationalist. When someone asks me how I feel about the Azerbaijanis, I always say, “If that was God’s will, then I must simply accept it. What I can’t understand is why someone would start a war with another people. Aren’t we all the same, aren’t we all humans? I just cannot understand who makes these decisions that someone is more worthy of living than another.”

“What did the war teach you?”

“It taught me to set the priorities. The true, undeniable riches aren’t countable, Anna. Take my father, for example. He had two houses, cars…and then the war took it all away from him. War alters your perspective. You hear about your friend’s parents being killed, so you start thanking God for yet another day spent with yours. When we came over here to Yaroslavl, it was in November of 1991, and snow dusted the ground already but I had no coat to wear. I was only eighteen and my husband and I were already expecting our first daughter. We didn’t have a job and I couldn’t even get into a university because I had to leave my school diploma behind. It felt as if we were back in 1941.” 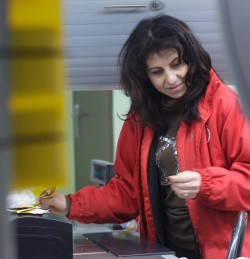 She tells me with her large, childish eyes, which shine with a special light, making everything she says sound like a fantastic tale.

“Simple things like clothes, food and a roof over your head – you start appreciating that. I often hear people complain about the economic crisis and I think to myself, ‘They don’t know what a real crisis is’. Whatever may happen in life, I am prepared to face it. It would be nothing compared to war and utter poverty. And even that I know how to deal with now. I can survive anything. I guess that’s what brings me so much freedom and happiness”.

Still strong today, her memories take her back to when the Russian troops came to her village.

“It was the Defender of the Fatherland Day. I remember we were so grateful for the intervention of Russian soldiers that we simply didn’t know how to thank them. We made pies and taught little children to sing ‘Katyusha’ in Russian”.

Isolated in her memory today, 25 years later, the memories of war still bring mixed emotions on her face.

“I’ll never forget those soldiers. What they did for us will always stay with me. People don’t see this now. Money blinds them and they remain unaware of the simple truth that the real prosperity comes from kindness. That’s how you get to live forever, in the hearts of others, and there’s nothing more precious than that”, she says as I witness a smile entering those dark-lashed eyes.

I watch the silent glow of her angelic aura, feeling I could speak to her for hours and yet, she is the kind of person you want to be silent with. Suddenly I realize, “Wouldn’t it be wonderful if no words had to be spoken so that we would sit here in silence, feeling each other, gazing into the windows of our souls?”