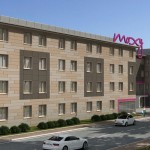 Set to open some 150 hotels around the world within the next 10 years, Marriott operations is as good an indicator as any to show potential regions and cities for expected growth. In reports earlier in the month, Amy McPherson, president and managing director of Marriott International, Europe offered this clue:

“This is an exciting and pivotal moment for the Moxy brand as we move into the second phase of development with five new hotel openings this year and nine more expected in 2017.”

A partnership with Vastint Hospitality, owner and developer and Nordic Hospitality, further accentuates the wisdom of Marriott’s planning. The five hotels, scheduled to open this year, are part of the chain’s overall expansion plans for Europe, and globally. News released this time last year promised some one million new hotel rooms by Marriott before 2020. The brands earlier openings of the AC Hotels contingent in Marsailles this month further illustrates the company’s commitment to serve thriving markets and under-served regions. 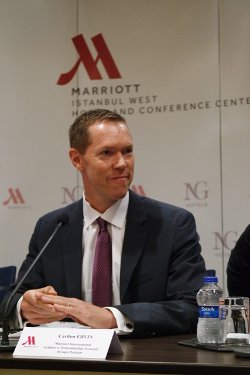 Just look at the cities where Marriott is broadening its footprint. In London, Zurich, Barcelona, Moscow, Paris, Istanbul, Zagreb and Rome, Marriott is positioned for significant presence and growth to come. Carlton Ervin (at left), Chief Development Officer of Marriott Europe hinted at the brand’s strategy last year when he talked about

Carlton ErvinChief Development Officer the Autograph Collection becoming a key conversion brand in Europe because of the popularity of iconic, independent smaller hotel groups. This insight shows the corporation’s understanding of the landscape in central and eastern Europe. From Germany to Russia, the independents still dominate the industry. Marriott catering to this traditional niche, is fundamental to its success.

Now we see Marriott’s “two pronged” strategy from 2013 coming to fruition. The so-called “build east-brand west” plan is actually brilliant, if simple. By solidifying assets and brand in London and the west of Europe, and extending to the vastly under-engaged eastern European sphere, Marriott has hammered the nail of fundamental expansion success for Europe. In a market most expect to contract, Marriott plans for the inevitable, the day when Russia, the CIS, and the rest of eastern Europe are the only logical regions for new development. Ervin also talked about the relative insecurities of this region, and the opportunity presented, back in 2012:

“The same instability that causes the skepticism creates opportunities to convert to those brands. Many hotel owners are feeling that insecurity too.”

The Marriott executive went on to discuss how only a third of hotels in Europe are branded, while more than two thirds of those in the US are. So, the clear strategy for the company was to create what Ervin called “soft brands”, in order to leave independent hotels traditions and footprint in tact, while at the same time interjecting the Martiott ecosystem into them. The Autograph Collection is the perfect example.

Finally, the Moxy openings compliment Marriott’s more innovative new brand extensions by covering the budget market in established cities like Berlin and London. Milan and the Norwegian contingent are also niche filling endeavors by Marriott, a clear sign of the larger hotel brands needing to take over the budget segment in order to grow revenue. So we see, that by usurping some budget players in set regions, and expanding in markets where new hotels will be needed, Marriott’s earlier planning begins to take shape and to pay off.

A Look At the Sheraton Rhodes Resort: Through a Thousand Eyes
Greece’s Hoteliers Say Tourism Numbers May Reach Half of 2019 Levels
Hospitality Management Firm ‘homm’ Partners With Kaminos Resort
Greece’s HotelBrain Expands Its Footprint in Crete and Other Destinations
Previous: Belarus and China Close to Visa-Free Travel Agreement
Next: Moscow Tourists Increase by 3 Million in 3 Years