For lovers of cutting edge concepts and contemporary design, get ready for an assault on the senses… 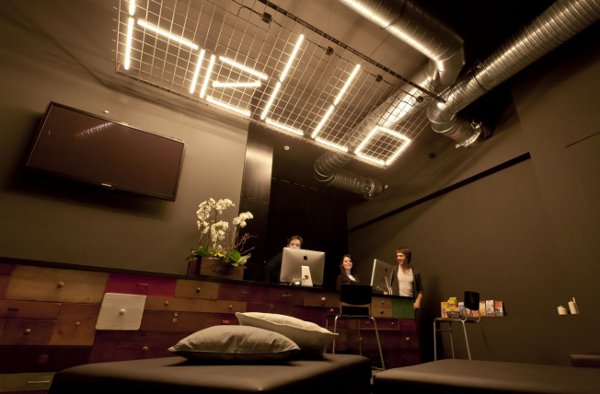 Envisioned, designed and developed by the principals at Prague-based Lordship Investment Group, at a cost in excess of €15 million, Fusion Prague is a unique proposition – mixing an egalitarian hotel atmosphere with its bizarre yet funky blend of grunge-meets-Andy Warhol decor, and bringing together travelers from all walks of life to share in the experience. Our own Cristina Drafta reported on the hotel’s development earlier this year. 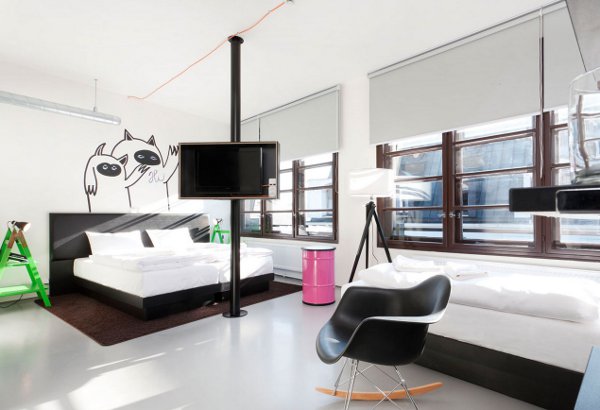 But it’s not so much the design as the concept of Fusion Prague that makes it so special. Designers Roman Vrtiska and Vladimir Zak (you must visit their sites) came up with the idea of creating a venue that’s cool and welcoming to everyone – budget travelers and jet-setters, young and old, business and pleasure, all under the same roof, enjoying Prague’s hippest new night venues – its fantastic restaurant, and sophisticated bar/lounge.

Fusion Prague accommodates them all, be it luxury travelers’ hell bent on discovering the finest new accommodations in town, or the trendy trend-setters determined to mix it with the city’s coolest crowd. 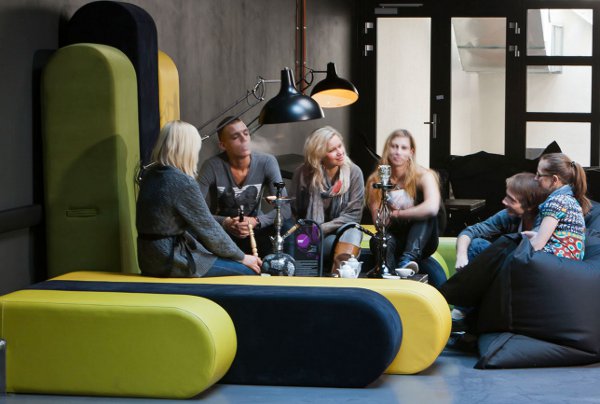 While many hotels claim to provide a “memorable” experience, few are ever able to live up to that promise. With Fusion Prague, there are absolutely no worries on that score.

The sleeping arrangements alone make this place instantly unforgettable. Forget privacy, Fusion Prague is absolutely not for the lonely traveler. It’s a place for people to mix and mingle, with crowded multiple occupancy rooms sleeping up to 12 – each with their own funky, designer double bed. For the really sociable meanwhile, things don’t get much more intimate than the specialized Xtensive Room, which features the largest double bed in Europe, sleeping not two, not three, not even four, but SIX guests.

Guests who do insist on a private suite are also accommodated too, with a choice of funky-sounding Flexy Rooms, Comfy Triple Rooms and Atelier Rooms to pick from, all capable of sleeping up to four people.

Throw in a 360° rotating bar (below), sexy dancing girls, a live band each night and a choice of fab dining venues, and Fusion Prague really does live up to its promises – something new, something cool, something different – and the only place to BE. Brilliant! Is the one word that comes to mind. 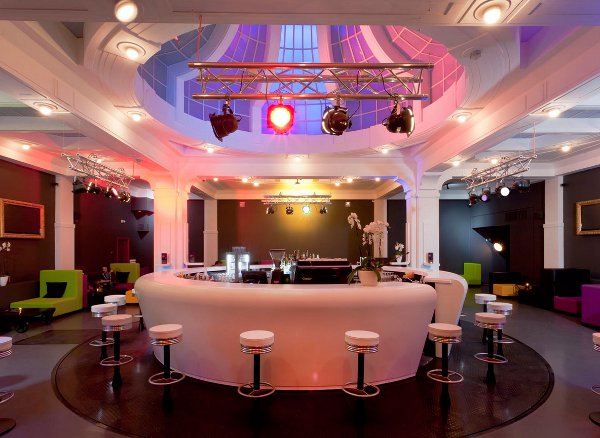