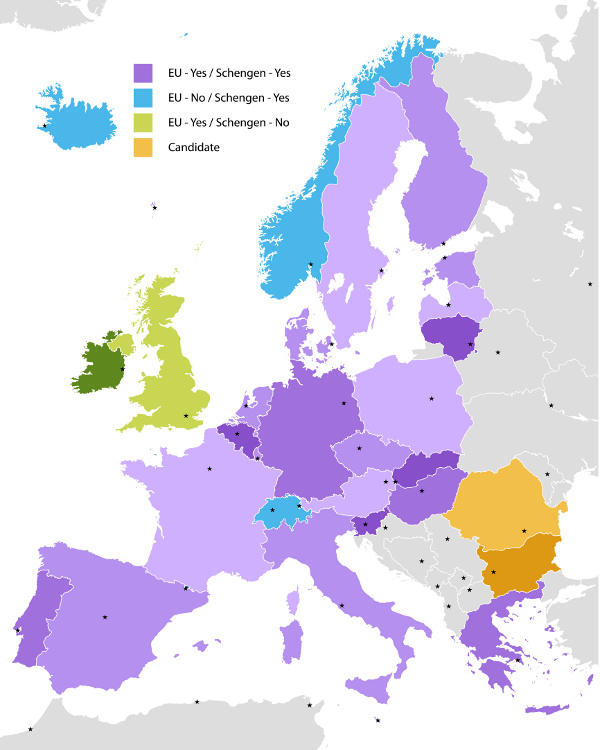 With what Van Rompoy called “a rising tide of Nationalist and extremist movements, ” it’s clear many in marginalized regions blame Brussels directly for much of the recent bad news. Greece and other economies, austerity measures no citizen can stomach, and an almost stoic attitude toward Romanian or Bulgarian Schengen hopes, it’s no small wonder the EU President seems concerned.

Van Rompuy expressed his commitment to see that a solution is found for Romania and Bulgaria, with regards to Schengen entry. So far the Dutch government has opposed entry over corruption fears. But, given that that country’s cabinet recently fell to pieces, it seems likely any effort by Van Rompuy would lead to a favorable solution.

As for Romania and Bulgaria’s other issues, New Europe reports of the three leaders’ discussions on the economy, energy, and maybe most importantly agriculture. Meanwhile, RT reports legislation proposed by Germany and France that would install border patrol elements to stem the flow of illegal immigrants. At the other end of the free movement spectrum, it’s clear there are elements divergently opposed to exactly what Romania, Bulgaria, and other EU countries want.

From France’s Nicolas Sarkozy’s characterization of Roma people there and in Romania, to feverish complaints in the German nation over outsiders taking German jobs, the situation is becoming both a political football, and a time-bomb for worsening EU relations period. On the other side of the “Schengen coin” the EU needs to instill measures that ensure all member states comply to the letter with one another. This has been the biggest contention against Bulgaria and Romania joining.

We will update this story as news comes in.