Magnuson Hotels, the world’s largest independent hotel chain, has just announced Villa Medici Hotel & Restaurant having joined the group. Magnuson’s first Hungarian hotel, the four star affair in Veszprém, just outside Budapest, offers luxury hospitality, gastronomy, and spa treatments in one of Hungary’s oldest communities. Magnuson’s expansion worldwide, the coming Global Hotel Exchange, and independent hotels like this one in Hungary, are a story trending toward being 2012’s biggest. 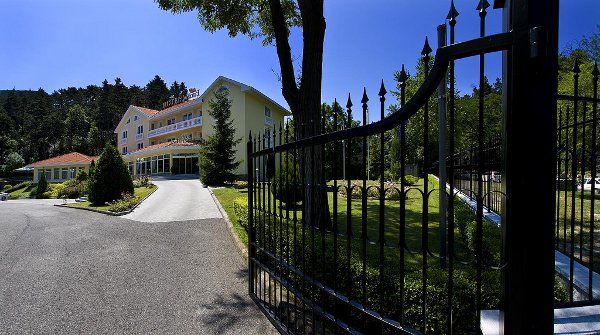 Villa Medici Hotel & Restaurant is located on the outskirts of Veszprém, about an hour outside Hungary’s capital, Budapest. A short distance from wonderful Lake Balaton, the hotel and restaurant are tucked away in a sublime country setting, an exclusive hideaway moments from all the city or countryside have to offer. According to news from Magnuson, the hotel will also become the first Hungarian independent hotel to be included within the Global Hotel Exchange distribution framework, coming out in a few weeks. We spoke with the hotel’s manager Gabor Nagy, who had this to add:

“We are proud to join Magnuson Hotels and we especially thank CEO Thomas Magnuson for this great idea. We are glad that we found Magnuson Hotels, who provides unique marketing and distribution solutions for independent hotels, for backing our efforts to gain more visibility and more bookings.” 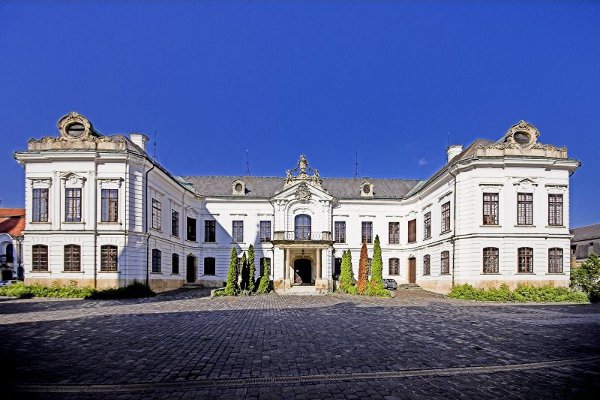 Of Veszprém, this place of legend and lore was founded on seven hills, being literally the first large settlement in Hungary, the town of under 70,000 inhabitants offers visitors a picture window and virtual connect between the far distant past to the Hungary of today. It was at Veszprém, that Hungary’s first royal couple, Stephan (St. Stephen) and his wife Gizella, favored for its ancient stone castles and strategic location. A power seat of the ancient Magyars, remnants of Veszprém’s past still attract thousands of visitors each year. And nearby Lake Balaton (image  bottom)  is truly one of Hungary’s most wonderful natural wonders. The largest lake in Central Europe, it is the region’s foremost touristic destination, a Mecca for bathers and sun worshipers in landlocked Hungary. 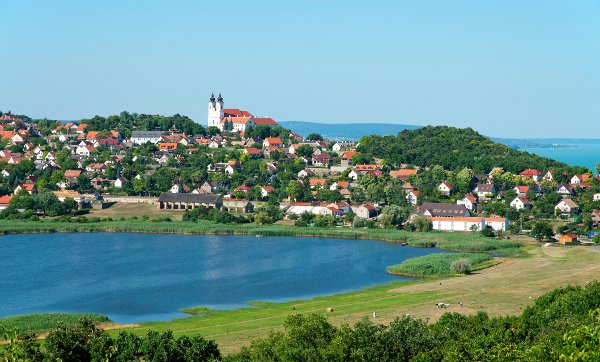 So, staying at Villa Medici, tourists or business people visiting this beautiful area of Hungary are afforded all the modern luxuries, and hospitality as old as time itself. The hotel offers a delightful culinary j0urney, to go along with creature comforts and spa pampering. The wine cellar below, one of Hungary’s top 10 restaurants – Villa Medici Restaurant, traditional Hungarian cuisine at Nostalgia Restaurant next door, even a cooking school heighten and already luxurious lodging and resort offering.

On the upcoming Global Hotel Exchange distribution channel, the hotel’s Nagy went on to comment:

“I agree with the mission of GHX to make hotel searches simple, fast and fun. It’s also has an important mission, to shake up the high-stakes hotel booking world. I’m looking forward to working with GHX!”

For those unaware as of yet, Global Hotel Exchange is a free to hoteliers OTA/GDS launch coming up in a few weeks by Tom Magnuson, CEO of Magnuson Hotels. For more information on this part of Hungary, we recommend the reader visit the official info pages of Veszprém here. To contact Villa Medici Hotel & Restaurant, those interested can visit the links provided or call: +36 88 590 070. As for Global Hotel Exchange, follow the links above or call: 1.877.904.4491 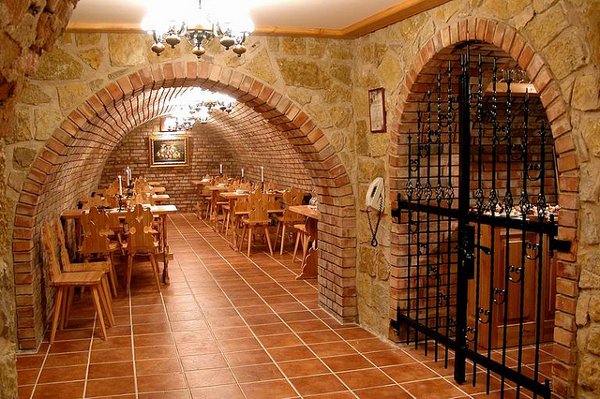