Český Krumlov in the South - places other than Prague.

In news from the Czech Republic, Tourist Authority Director Radka Neumannova is one Eastern European bureaucrat who knows how to engage and inform potential industry and tourists. Like many countries in the region, the Czech Republic is largely thought of as a travel destination for one city only. But there is a lot more to this vibrant destination than Prague. 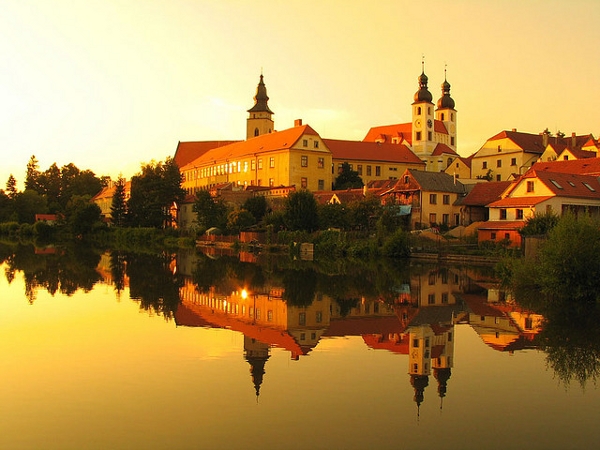 Part of what we do at Argo Travel is let people know more about the wonderful places and people of Eastern Europe. In a way, our news source aims to be a supportive tool for regional travel concerns, on top of assisting travelers. So news today of Neumannova’s, and the Czech Republic’s outreach for tourism seems all the more appropriate. The new head of that country’s touristic future has already made news reaching out to the emerging outbound India market, as well seeking to inform other potential partners of her country’s sometimes hidden value. 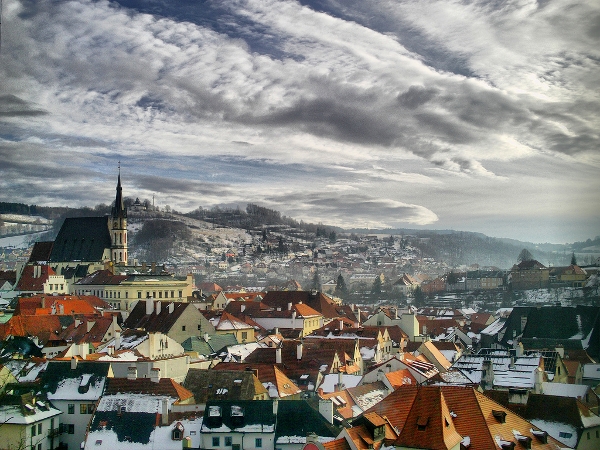 Český Krumlov in the South - places other than Prague - Courtesy sdimitris

New of Neumannova’s (pictured below) approaching an upwardly mobile India (PDF) travel contingent should not be breathtaking news for any of Eastern Europe’s tourism officials, the Czech Republic’s mission should be every government’s really. Since the export of the country’s ever popular Skoda brand to India, even before, Indian’s and other nationalities too, have had a bit of vested and curiosity interests in Neumannova’s country.

Getting down to hard tacks here, it’s clear this lady knows her stuff where promotion is concerned. Engaging Bollywood being a perfect example, while the almost double foreign domestic investment (FDI) in the country from 2009 to this year shows better the overall picture of potential perhaps (PDF). 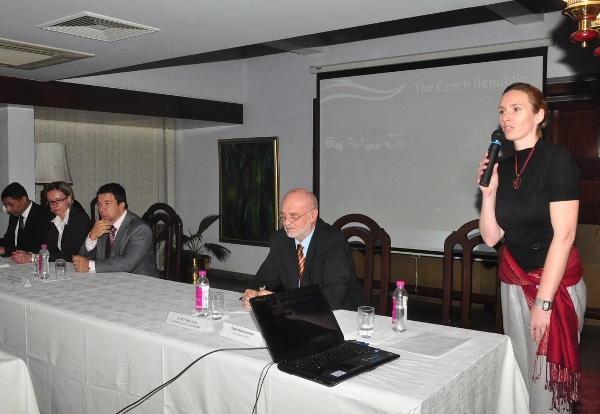 In this article Neumannova is revealed in something of a communicative genius mode, as showing off  locations in the Czech Republic to Bollywood is brilliant. For anyone interested in India at all, there are several crucial sectors to consider. Education is one, Cricket and other sport another, and maybe even more pointedly – Bollywood is a conduit to the people there. Now show movie goers your country’s most amazing places, and Voila! Neumannova put it so:

“A successful feature film is the best marketing a country can have in India.”

And Bollywood is not the only link between Neumannova’s country and others. In marketing like this it is also important to understand the relationships going on, be they business or cultural, even historical, engaging in the digital age is not different fundamentally than historically. Unfortunately, most bureaucrats fail to understand digital communication and/or this tenant of outreach period. 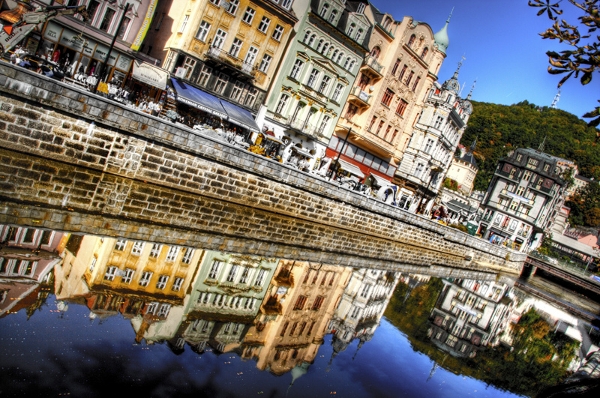 Karlovy Vary in the West - Places other than Prague - Courtesy J. A. Alcaide

Bata Shoes, Skoda, dozens of other business links tie the Czech Republic not only to India, but to many other countries and cultures – clearly, Neumannova is focused as so many others should be on these veritable trade routes etched in the collective mind. This is no surprise, either when you look at this paper by Neumannova presented at Conference Turin 2007 (PDF) – she is an authority on multiculturalism and cultural diversity etc. 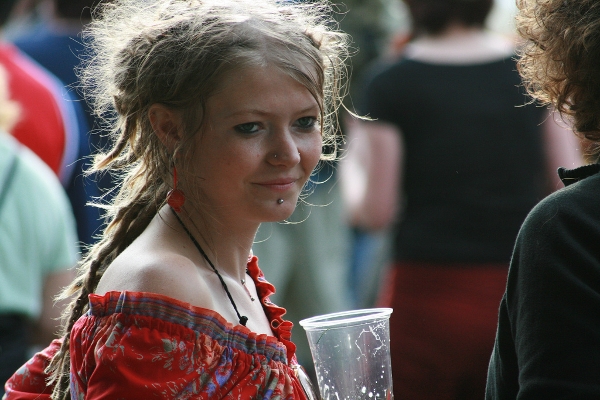 Film shooting is but one way the Czech brand is being expanded. Tom Cruise being super secret agent in Prague is one thing, but the Vietnamese or other ethic influx into the Republic is another. The reader should begin to see a picture of coherent country branding taking place at the behest of Neumannova and her colleagues. For the “brand” of Czech tourism, it is all important to reveal not only UNESCO protected beauty, even the wondrous and famous spas of this country, but particularly the Czech people and their bonds. 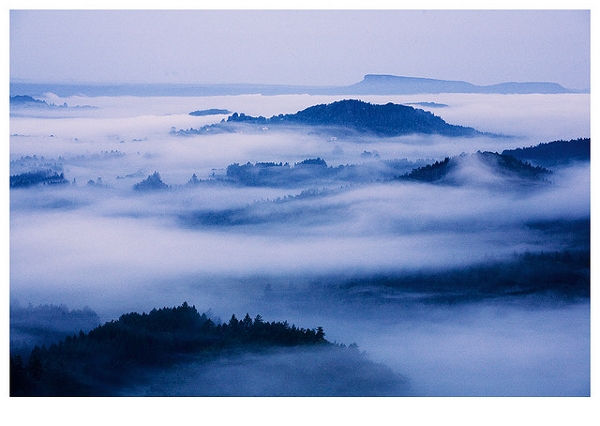 A Bohemian Switzerland - Places other than Prague - Courtesy Jiri Sebek

Business, tourism, International relations, cultural outreach, even decades old patterns of involvement play a huge role in future change for so many countries. We hope to have show in Neumannova’s example, and in the images and links provided, a bit of a template for successful tourism growth for other Eastern European countries. And too, some things about the Czech Republic that will make the reader long for a visit. 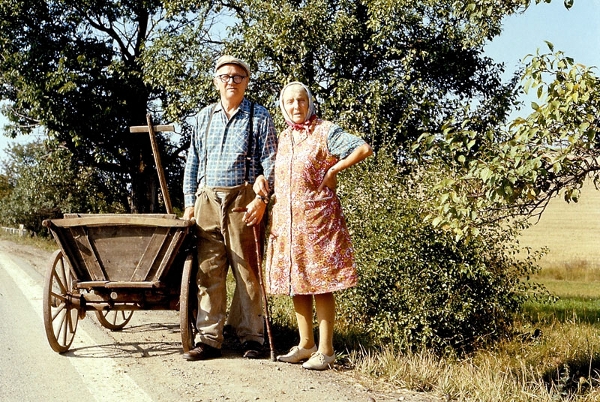 For a bit more reading on this subject, the reader may want to venture to India’s Embassy site for the Czech Republic here.  For some basic information on incentives for investing, working in, and even visiting the Czech Republic,  this PDF reveals a lot about why many workers and companies have engaged here. Argo also recommends the official Czech Tourism website, one of the best resources in Eastern Europe, for a wealth of info on this marvelous destination.

A Farewell To Another of the Small Gods of Crete, Nikos Zacharioudakis
A Word or Two About Ryanair CEO Michael O’Leary and Other Bean Counters
Expert Viewpoints: Hospitality 2021 and Beyond
Actress, Singer, Songwriter Rita Ora Vacations On Corfu
Previous: Unseen Russia (Part 1)
Next: Fund for Teachers – Connecting Teachers & Students This Summer