In news from the Association of Croatian Travel Agencies (UHPA), a Croatian delegation, lead by the deputy tourism minister Robert Pauletić, has meet with key influential decision makers at the MITT fair in Moscow to discuss better cooperation in between the two countries. The Ministry of Tourism reported earlier this week on establishing a Croatian-Russian working team for tourism cooperation. 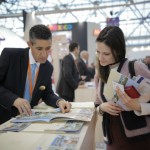 The news via the Ministry of Tourism of Croatia tells of Pauletić meeting in Moscow with the head of the Association of Croatian Travel Agencies UHPA, Boris Žgomba, along with Russian officials Olga Yarilova, head of the Tourism and Regional Policy Department, and Olga Andonieva, acting head of the International Cooperation Department of the Russian Ministry of Culture, and others to get the initiative underway. Further meetings were scheduled for a Zagreb summit by the end of next month, as well as a B2B workshop for Croatian and Russian travel agencies to be organized later this year. During the meeting, Pauletić also suggested the organizing of a Russian Tourism Week in Croatia to be held in May and June to coincide with school holidays.

It’s no secret that Russian tourists to Croatia and other destinations have been decreasing the last few years, owing to many factors. The news from Croatia frames well the fact hospitality businesses in Croatia are heavily dependent on Russian travelers, as are other regions affected by the negative touristic trends of late. The good news for Croatian businesses is, charter flights and other selected aspects of tourism between the two countries are on the rise since last year. Croatia Airlines is introducing a direct flight in between Zagreb and St. Petersburg for the upcoming touristic season, and the ministers announced still further possible interconnects to come.

Furthermore, the Croatian Ministry of Tourism told reporters that Russian tourist arrivals are expected to increase by 20 percent or more this season. And while this seems a bit enthusiastic considering recent trends in Croatia travel, it certain Russian travelers are looking for alternatives to Egypt and Turkey etc.