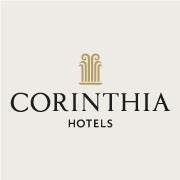 Corinthia Hotels has just announced three new key appointments. First, a new group Commercial Director role has been created. Secondly, the appointment of a London General Manager for their flagship property is at hand. And finally, a new food an beverage managerial head was named. replacement hotel directorship has been filled.

Corinthia is a collection of hotels founded by the Pisani family of Malta in 1962. The group has grown since then to offer luxurious stays in places like St. Petersburg, Russia; Khartoum, Lisbon, Tunis, and far beyond. For more information on Corinthia, please visit their website.