We continue our journey through Europe to discover what Christmas in Belarus is like this year.

Like many countries formerly under Soviet rule, Belarus had a break in traditional celebrations that shaped the way Christmas can be observed today. It shouldn’t surprise you that Belarus has two dates for Christmas: on December 25 for Catholics and Protestants, and on January 7 for Eastern Orthodox believers.

Regardless when they celebrate, Belarusians share common traditions for the Christmas Eve table. Many households will prepare no less than 12 dishes to honor the 12 Apostles. Keep in mind that many of the locals are fasting during the season (a custom called the Nativity Fast) so you will not find meat at the Christmas table. Instead, there will be 12 dishes of fish, vegetables, fruit, and grains. These customs are detailed on many websites, so, instead of repeating what is common knowledge, we would like to offer you a choice of Christmas events to attend in Minsk this Christmas.

Christmas in Belarus: Festivals and Events 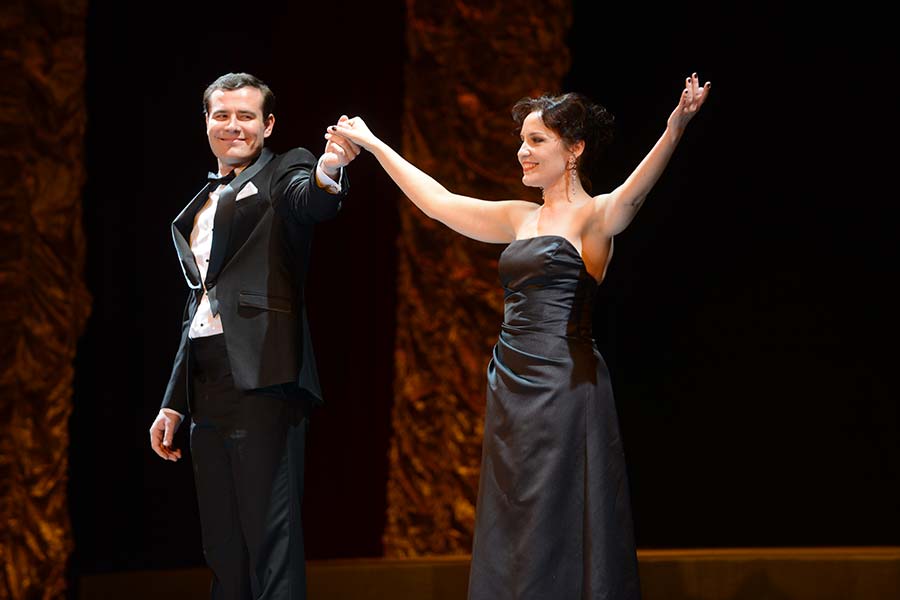 The Christmas Opera Forum at the Bolshoi Theater of Belarus is at its the 7th edition this year. The program features world opera classics and stars like Francesco Pio Galasso, Goderdzi Janelidze, Eduard Martyniuk, and many others. Stellar performances like The Queen of Spades by Peter Tchaikovsky, Die Zauberflöte by Wolfgang Amadeus Mozart, Rigoletto by Giuseppe Verdi, and Il Barbiere di Siviglia by Gioacchino Rossini, will attract hundreds of opera buffs at the Bolshoi Theater of Belarus from 14 to 20 December this year.

Do not miss the Christmas Street Food Festival “Vulitsa Ezha” in Chelyuskintsev Park. This is an event designed for both Minsk residents and tourists. The idea is to introduce affordable street food to locals, with emphasis on freshness and quality, as well as on diversity, rather than costs.

Last, but not least, beginning on December 25, the whole city will celebrate almost every day, with live music and dance in the streets, as well as much anticipated processions featuring Father Frost and the Snow Maidens. The ceremonial lighting of the New Year tree happens in the first Christmas week too.

The main New Year tree in Minsk on Oktyabrskaya Square has already been decorated with ornaments featuring national symbols and colors, and hundreds of LED lights. According to local authorities, there are 24 New Year trees in Minsk to set the mood for Christmas and New Year festivities.

The main venue to celebrate New Year with tourists and locals alike is the Sports Palace on Pobediteley Ave. This year the program includes live performances by Romanian band Deepside Deejays, go-go dancers, fireworks, and other surprises.

In January 2017, Minsk will host the 3rd international Christmas festival of batleika theaters featuring 21 theater groups from Belarus, Russia, Ukraine, Poland, Serbia, Lithuania and other Eastern European countries. This is a festival for young and old, as it features puppet theater, workshops, and seminars.

What If the Secrets of Keftiu Could Rescue Humanity’s Future?
Odd Christmas Traditions Around the World
The Connectedness of Beauty: A Secret of Crete Few People Know
Visit Greece – The Nation That Put the Elderly Last In A Crisis
Previous: Do They Celebrate Christmas in Azerbaijan?
Next: TUI and easyJet Partner for Crete and Rhodes Flights