Los Angeles is a cultural melting pot that sees people from all over the world cohabitating in one expansive metropolis. The immediate benefit of all this diversity is seen in the city’s food. Locals and visitors alike don’t have to travel far in order to experience amazing cuisine the world over. Whether it’s authentic ramen dishes in Little Tokyo or Middle Eastern Fare in Glendale, there’s something to sate even the most international of palates.

But just as Los Angeles is all about streets (Sunset Blvd., Rodeo Dr., Hollywood Blvd.) it is also all about street food. Street food is as much a part of Los Angeles’s cultural fabric as the Hollywood sign. Not only that, but also this city is ground zero for the food truck revolution, as it’s here that the whole phenomena first kicked off.

So in keeping with the tradition of great easy access cuisine, here is a list of some of the top street food spots in L.A.

The mobile eatery that started a revolution, Kogi is still the food truck by which all others are measured. From its humble beginnings as one truck zipping around LA and tweeting all the way, Kogi now has expanded to three trucks as well as a permanent location at the Alibi room in Venice. Any Kogi virgin should go for the classics: short rib tacos, steamed pork belly and kimchi quesadillas. 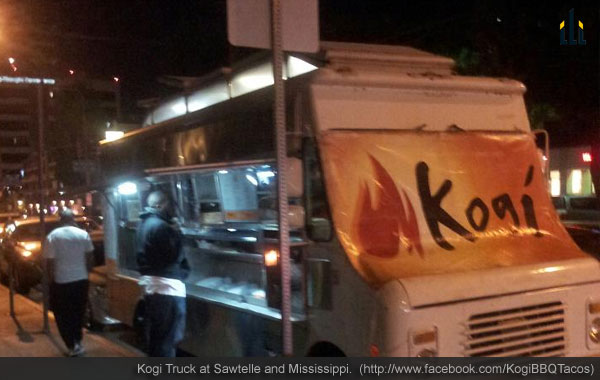 Something of a cultural institution in Southern California, the corner hot dog stand known as “Pink’s” started out as a pushcart in 1939. The newly relocated from Chicago or New York are often skeptical of the quality of hot dogs out west – until they try Pink’s. For a California twist on the typical frank try the guacamole dog. 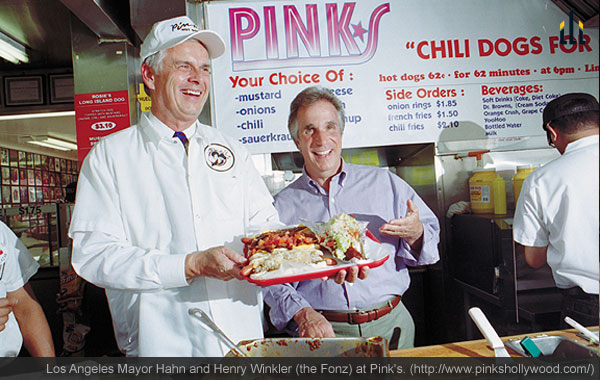 If Kogi is responsible for the food truck revolution, it’s the LA taco trucks that are responsible for Kogi. Long a southland institution, these trucks initially sprang up as a convenient way for working-class folks to get home-cooked, authentic meals while on the go. And parked directly in front of their Highland Park brick-and-mortar location, La Estrella ranks as one of the best taco trucks in the city (as evidenced by the constant lines). Everything on offer at La Estrella is good, but newbies would do well to go straight for the carne asada and shredded al pastor burritos and tacos.

Those who like a little variety in their taco trucks can also opt for El Pique, another great Mexico City-inspired taco truck that is parked practically next door to La Estrella.

Keeping with the Mexican theme, Tito’s is another Los Angeles mainstay that has been serving up humble south-of-the-border fare to happy customers for years. It’s the type of place to go for those jonesing for plump burritos, smothered enchiladas and crispy tacos piled high with shredded cheese. 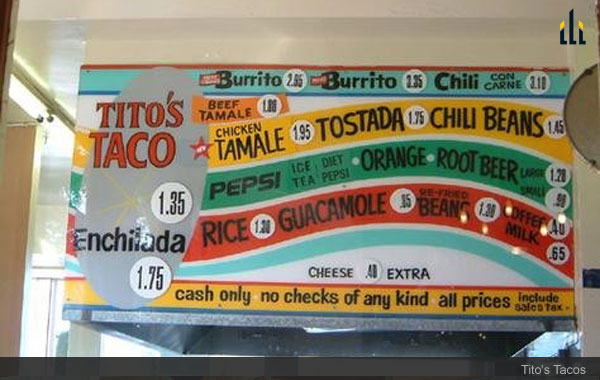 There are few places in Los Angeles where more great street food options can be found under one roof. Opened in 1917, this downtown landmark is Los Angeles’ oldest outdoor market. Everything from fresh produce to fresh egg roles and ceviches are available at this culinary hub.

These are just a few of the amazing street food options on tap in the city of angels. However, if hunting around the city doesn’t satisfy your appetite for good cheap fare, there’s always the annual LA Street Food Fest, which just celebrated it’s third year providing LA culinary aficionados with a dizzy8ing amount of street food options all in one place.

Our guest author, Kelly Watson is a professional blogger that writes on a variety of topics including Memphis restaurants. She writes for Restaurants.com, a leading directory of top restaurants.