Although the number of tourists from Turkey who visited Armenia in 2011 decreased compared to 2010, the interest for this country is rising in other countries, and in 2012 the country expects over 800,000 visitors, according to a press statement by Deputy Economy Minister Ara Petrosyan last month.

To meet the demands, and to increase awareness, the country will develop MICE tourism and plans to close more tourism agreements this year. An agreement between Armenia and the Hashemite Kingdom of Jordan has already been signed this February, after Israeli Eshet Tours company signed a deal with Armavia, Armenia’s national air carrier, to represent the company in Israel. According to the news, Eshet Tours will also sell tourist packages, including tours to Armenia, to promote the country as a tourist destination to Israeli travelers and not only.

There are also ambitious projects to attract more tourists, including building an exact replica of Noah’s Ark, with the exact biblical dimensions, in Yerevan. Till the ark is built, Yerevan calls tourists with other interesting activities, particularly this year when the city is the 2012 World Book Capital.

Last year, Armenia got a superb accolade from The National Geographic Traveler as one of the three leading countries in for adventure tourism – a mention that could boost the flux of tourists in the country.

There should be a greater foreign interest for this destination, especially considering that Armenia is a rather affordable destination, compared to its neighbors. In many resorts the cost of accommodation can be as low as US$ 13.00 per day – cheap for foreign visitors, but not always cheap for locals, but the service is not international standard. For class accommodation and service, prices are not that high either. In Jermuk the average health spa price per day is US$ 50.00 and includes room, 3 meals a day, diagnosis and treatment. Similar prices are available for accommodation in Nagorno Karabagh, and many other resorts. 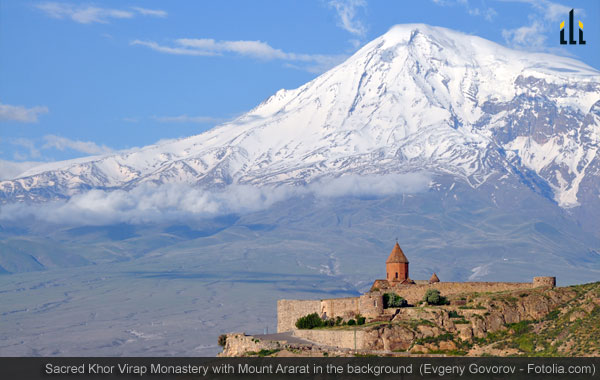 As far as tourist attractions are concerned, Armenia may not be as exotic as other destinations, but it offers enough to satisfy the most particular travelers. The country’s rich history, culture and traditions are reflected in architecture, monuments, arts and year-round festivals. There’s stunning nature all around – of note, Dilijan is known as the “Armenian Switzerland.” And who can forget the Khor Virap Monastery which offers superb views of the legendary Mount Ararat, Armenia’s nationalist symbol, a major tourist drag in Turkey.