Builders in a residential area of Tallinn have discovered a number of medieval ships while building the foundations of new apartment buildings. The remains of several 14th to 17th century vessels in what used to be part of the area’s port. 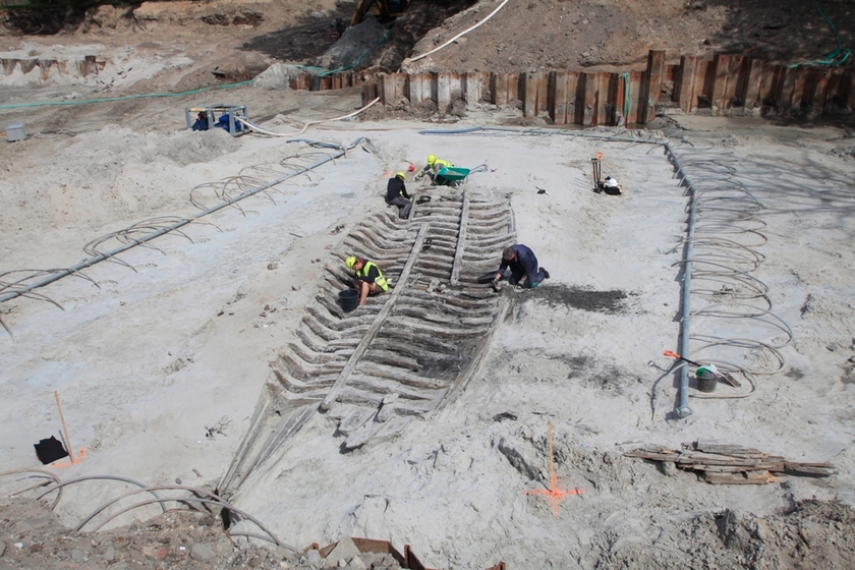 According to the news, the construction company Nordecon found the remains in Kadriorg, in the east of the city, while carrying working on a housing development. The area, which the National Heritage Board says was filled in in the 1930s, was once the seafront. NHB’s senior inspector of underwater heritage Maili Roio said:

“According to preliminary data, three [ships] are located in the former seabed sediment, which has been covered by almost four meters [of] thick infilling.”

Officials hope to excavate and preserve the ships for display in Tallinn, and the construction crews are now working under the guidance of the National Heritage Board to dig the wrecks out, before normal work can continue.