Sochi, site of the 2014 Winter Olympics.

Sochi has a long way to go to become the Olympic destination it aims to be in 2014, and since little comes out of Russia about the progress, the world is watching the small resort at the Black Sea through the eyes of the athletes. But it’s a pity, and a potential PR nightmare in the making, when athletes talk in bitter terms about a city, which once was the top Summer seaside resort in Russia. 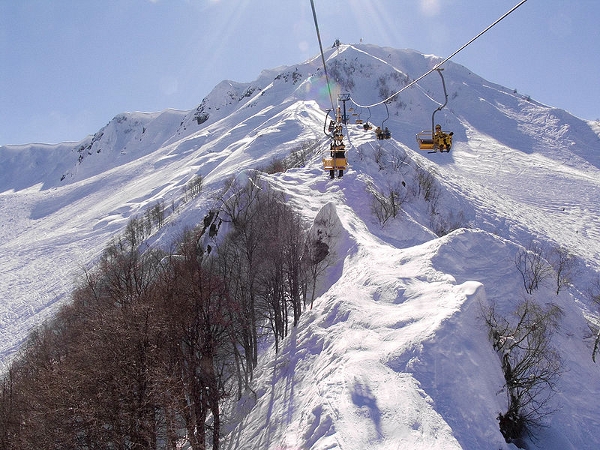 Marie Dorin Habert, the biathlete who represented France at the 2010 Winter Olympics, and will also represent her country in Sochi next year, feels that the city is weird, a ghost town, no less. In a message to her fans posted on her official website, Marie wrote:

“We are in Sochi, it’s weird.A ghost town built in the place of nothing, luxurious buildings growing like mushrooms in the middle of the slush brewed by machines, the land excavated everywhere, tired employees (exploited?). Everything is great, everything is empty, everything makes me uncomfortable.”

If the description of the current landscape was not enough to give you a bitter taste, the athlete’s experience upon arrival at the airport was no better either. A long journey ended in a lot of discomfort at the airport, where she had to show her passport way too many times, then had her rifle photographed and registered. 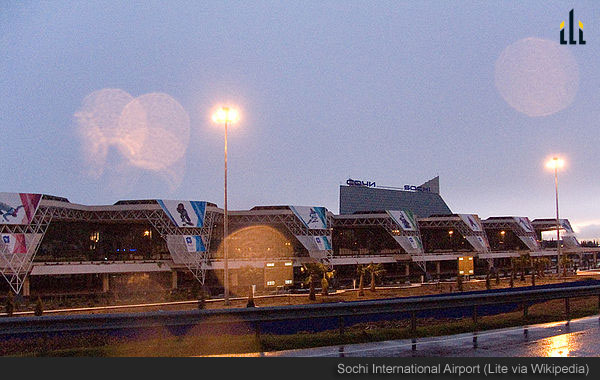 She ended her impressions in a bitter note:

“I do not know how it will change for next year, I just find that the waste of money does not really agree with my idea of the Olympic spirit.”

The negativity expressed by the French biathlete follows another negative report, after a private three-storey residence collapsed in Sochi last Sunday, on the new Kurortny Avenue.

“In Russia, we were met by a nightmare, all unorganized mess. We arrived at seven in the evening to the airport and we stayed five hours stuck in a queue to check in a rifle.”

But it’s not all gloom and doom. Unlike the French and Lithuanian biathletes, American biathlete Lowell Bailey had positive first impressions:

” It is one of the most beautiful vistas I’ve seen with mountains surrounding the entire mountaintop village where we are living. When you look closer though, within the confines of the Biathlon and Cross-Country Venues, the Sochi Organizing Committee has a TON of work left to do! The chalet’s which will house some (but not all) of the cross-country and biathlon athletes are fairly complete, but the rest of the structures – additional housing, dining facilities, roads, walkways, etc. – are largely unfinished. The trek to the venue consists of navigating on and around a bunch of semi-finished paths and buildings. But the actual stadium and venue are just about finished.”

And still he also had something negative to say about the venue, for good reason:

“The stadium itself is by far, the biggest, most expansive stadium I’ve ever seen. The Timing and Press building is about ten stories high. I’m not sure what they plan on doing with all that space, especially considering that they are planning to cap the spectators at a total of 5,000! This is perhaps the most disappointing part about the Sochi venue. They built one of the most expensive venues in the world, destroyed a huge swath of untouched mountaintop, and they’re only going to bring 5,000 spectators up to see it? If that’s the case, this will be one of the smallest crowds assembled for a biathlon World Cup-calibre event. Kind of strange when you think about how big biathlon is as a sport in Russia.”

The negativity seems to be the common denominator for athletes currently in Sochi. And because there is still so much to be done, can Sochi truly shine in 2014?