“Sergei, this is Anna. I’d very much like to meet you.” Sergei looks away dolefully. (“Why would anyone want to meet me?” he thinks)

“Tell me about yourself, your life, your perception of the Yaroslavl,” I smile to encourage him. A while back Sergei Pimanov was teaching physics at the university, but despite having a PhD in the discipline, the corrupted system two decades ago never let him build a career. After that, he thought of working at the microelectronics factory that was supposed to open here in Yaroslavl. But that never happened. China made all those projects uncompetitive. So Sergei took over what is quintessentially Yaroslavl – its main pedestrian street.

“This is my street,” he says with a smile of a toddler discovering the world. “I know everyone here. And how could I not? It’s been twenty odd years now. You get accustomed to seeing painters, yoga teachers and musicians. Whatever the world considers upper-middle class, that’s what magnet-and-souvenir sellers are here.”

“Until my mother committed suicide I didn’t know where depression might take you. My father followed her a year later. He had a brain tumor… he was crying of pain every day, begging me to stop it.” He fixes his detached look on me and I can see his eyes welling up.

“My brother became an alcoholic at the age of thirty. I just didn’t know life could be so hard. My first love, the only woman I’ve ever loved, married a very wealthy man. She’s all set now. I have a family too. My older boy studies philosophy at Moscow State University. I need to support my family, so I have to be earning. And now officials have decided to take my stand off the street.” 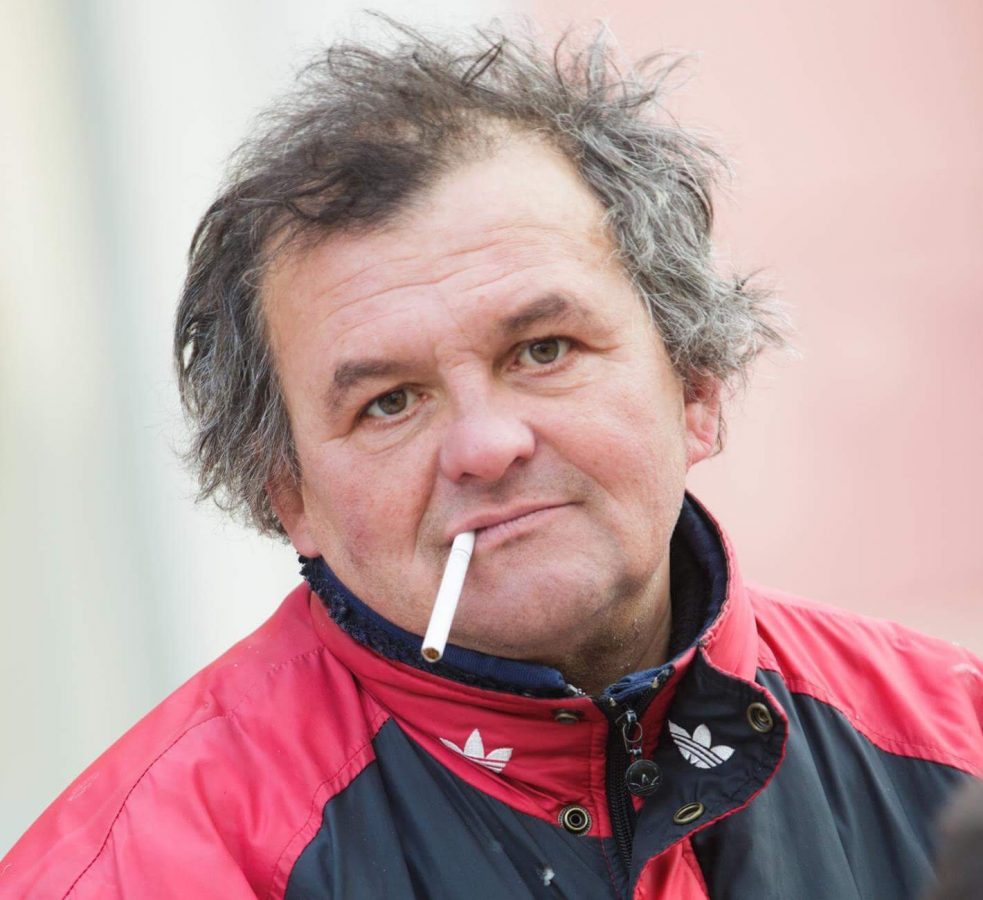 “Why would they do that?”

“A new regulation. The new mayor likes things to be put ‘orderly’. If I want to sell something, I must rent a booth just like everyone else but I simply don’t have the money for it. So they filed a report and my case was taken to the regional court now.”

He lights up a cigarette and smokes it carelessly, ashing on himself, while chatting to an arriving customer. He’s not the type I could ever imagine holding a cigarette properly. I delicately trace and untangle complex emotions on his weather-beaten face. The twitching lower lid of his left eye gives away everything he tries to suppress. But I am not befuddled. His expression is strangely familiar and endearing. 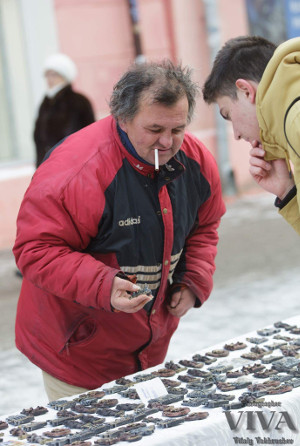 “I’m just tired of life and calm about the idea of dying. Now, I take antidepressants three times a day,” he continues after a minute’s pause.

“I don’t believe a word you say,” I tell him, outraged by my own faux pas, “I just don’t believe that a man with your sparkly happy eyes can even entertain ideas of giving up on life.”

There’s something about his smile that cannot be ever put in words or explained.

“In the material realm,” I correct him. “Remember Tesla? He died poor and lonely, and never gained the same worldly success as Einstein or Edison, but does it matter in the realm of God?”

“Let’s talk about Tesla and the power of aether,” he says and his face lights up again, filling the gloomy winter street with a divine sparkle.

Editor’s note and Photo credits: This story and the image are part of an ongoing project across Russia entitled “Faces of Russia”, which Argophilia Travel News will carry. The images courtesy the art of reportage photographer  Vitaly Vakhrushev (Виталий Вахрушев)