Eating Well During Lent in Yaroslavl with Anna Novikova

I had a dream. I was dressed like a Russian Tsarevna. I wore a richly decorated robe and listened to the indefinable words of an ancient song. But then refreshments arrived, and my illusion vanished faster than a shadow of a cloud on a hot summer day. I woke up inside a film.

Every Russian loves and remembers this movie; every foreigner is amazed and intrigued by its suggestive atmosphere. I have been invited to dine at Yaroslavl’s best restaurant that serves typical Russian cuisine, “Ivan Vasilyevich”. Named after the Soviet film which decades ago conquered each and every heart, the restaurant is a vivid representation of the set. The décor is quite exceptional and worth coming for – presenting itself as a combination of a setting of the film “Ivan Vasilyevich,” it still preserves the feeling of walking into a palace of Tsar Ivan the Terrible. Everything is thought through to the last detail, including the costumes of the waiters and even their cordial manner of approaching guests. Resurrecting the past, servers make sure to politely refer to their customers as “boyarin” or “boyarynya.” Hard to disagree, that within these walls every next guest feels nothing less than a Russian prince or princess. 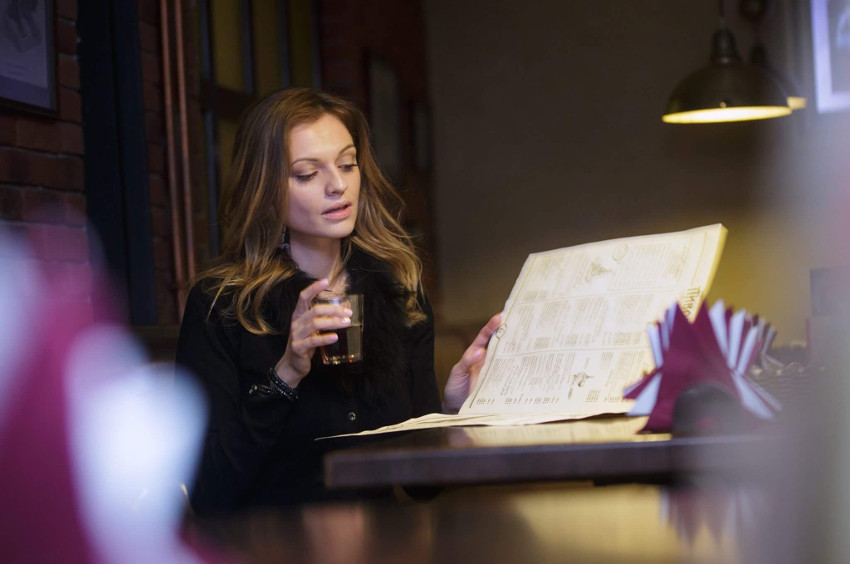 “What would you like, boyarynya?” I am being asked by one of the elegantly dressed waiters who is enjoying immensely this possibility of traveling back in time.

“Something vegan, from the Lenten menu”, I tell him.

Being an Orthodox Christian, every year I try to stick to the Lent. This year the Lent will last through to Easter, celebrated on April the 16th. As there is a growing trend of people coming back to the roots of their religion, serving Lenten food at restaurants is more of a rule than an exception these days. Since strict believers avoid meat, dairy, fish and even oils, eating well during the Lent might be a problem, but not at “Ivan Vasylievich.” The waiter gives me an extensive Lenten menu and leaves me inside the replica of the famous apartment of Anton Semenovich Schpak, one of the most charismatic characters of Russian cinema. 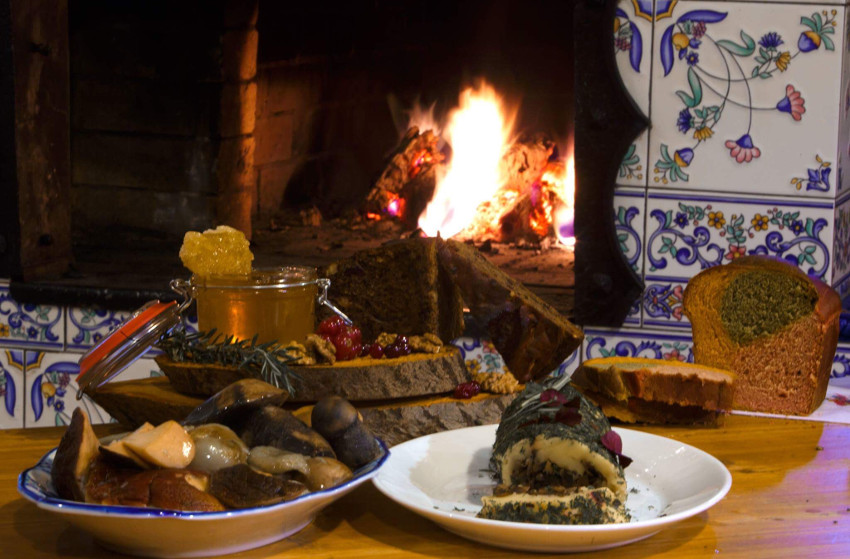 Fasting was never like this – from the wonderful menu at Pivovar

The much-needed cup of coffee is served with unusually delicious cedar milk. I’m being told the milk does wonders, restoring vitamin imbalance.

Starters are straightforward and invigorating. There are vegetables and mushrooms, marinated in the traditional Russian way, spicing up my appetite and having me beg for more. Vareniki, so vividly described in the mystical stories of Nikolai Gogol, are presented in three lent-friendly tastes: carrot, beetroot, and sorrel, filled with mushrooms, potatoes, sour cabbage and lentils. My personal recommendation is the local specialty – a splurge served on the days when fish is allowed – the fish pie presented as layered pancakes imbued with a creamy fish paste. Little delicate pies – in the form of migratory birds returning from warmer countries – are baked to celebrate the coming of spring and will particularly appeal to little children. 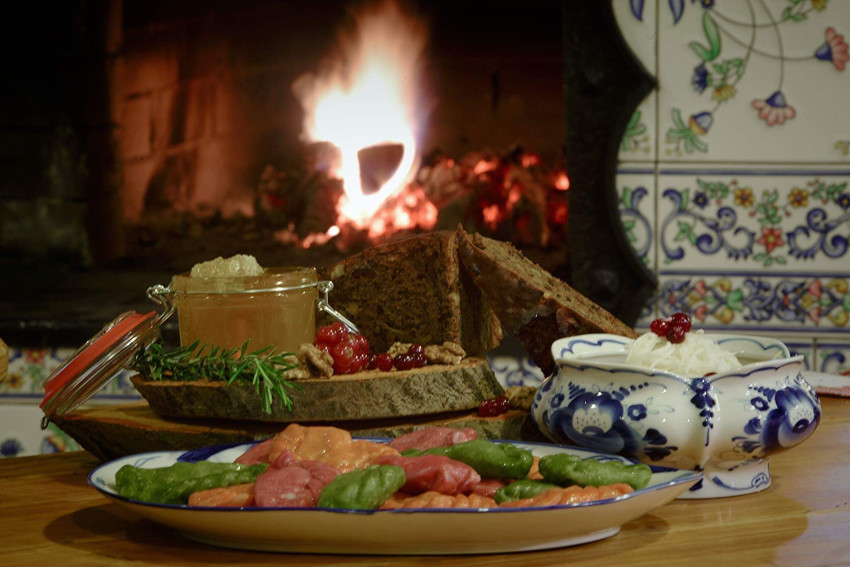 Yulia Kongurova (below), the chef, is telling me that foreigners love “Ivan Vasilyevich” for its authentic Russian atmosphere and high-quality products. Recently returned from Madrid and Barcelona, where she was giving her master-class on Russian cuisine, Yulia straightens her shoulders proudly and sparks with enthusiasm. “Whenever there’s a master class on Russian bliny, all hotels are immediately full,” she says. 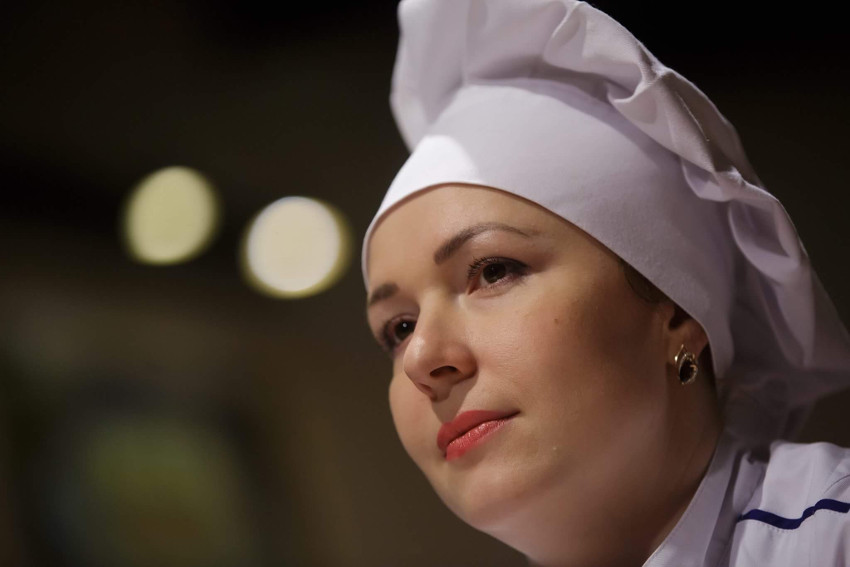 Typically, wines and any alcoholic drinks aren’t encouraged as their consumption inevitably defeats the purpose of severe abstinence from all the pleasures of the flesh. However, beer isn’t viewed so negatively. And there is no better place to try new sorts of beer than a neighboring (all belonging to the same chain) beer restaurant and pub called “Pivovar.” The professional brewers of “Pivovar” will surprise you with a new variety of tastes, ranging from a fairly mild beer with a characteristic honey aftertaste to very deep and velvety dark beers. Since most of the imported beer is coming in the form of a dissolvable mix and is not actually bottled, the safest and wisest choice would be trying new, local brews. My dinner is continued upstairs at a billiard table, so beloved by the local hockey team “Lokomotiv.” They are frequent guests here at “Pivovar,” and once you visit it, you instantly understand their preference – royal calmness and a feeling of time flowing slower inevitably attract anyone who is tired of the rushed city life. 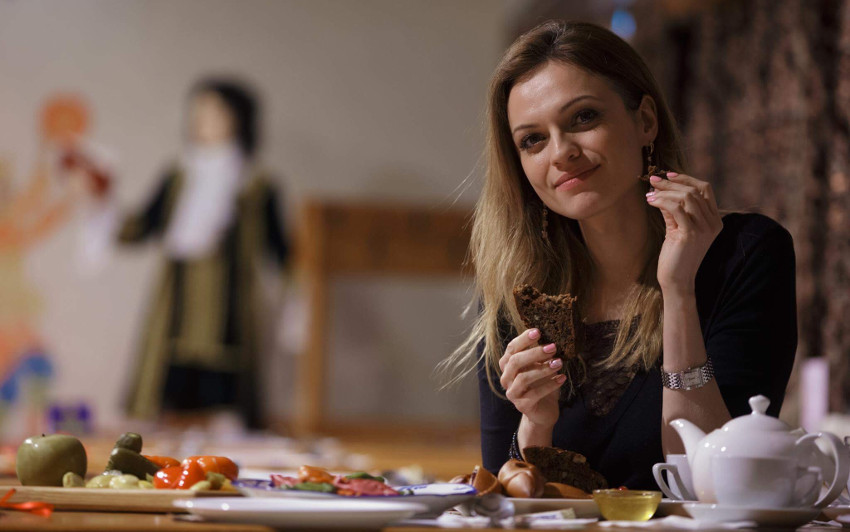 My dinner reaches its climax and the night lights its candles. I walk out, looking at the fairy moon, catching the sounds of an accordion coming from afar. I close my eyes and breathe the same air that people breathed before me, and mentally I travel to the times of Tsar Ivan the Terrible and back to the 1970s when the film “Ivan Vasilyevich” was shot. Nothing separated me from them, and everything was flowing in the river of time, even myself.

Crete is Becoming a Top Winter Refuge and Remote Working Destination
The Keftiu: Were They Absorbed and Erased from History?
Live Like Great Odysseus: Book a Week at Santa Thekla Peninsula
Archaeologists Make More Stunning Discoveries on Crete
Previous: TSA #ElectronicsBan Targets Flights from 10 International Airports
Next: Kiev and Bucharest Among the Cheapest Cities in the World