The Mystic of the Winter Solstice 2010 in Russia, Graced by Total Lunar Eclipse

From the cold ice fields of Siberia, to stunning Moscow, Russia celebrates today the shortest day of the year – the Winter Solstice 2010. The festivities held today are ancient, some still kept secret, for their roots take their lifeblood from pagan rituals and traditions. Long before the modern Christmas celebrations, the people of Russia celebrated the Winter Solstice as a day of new hope, the coming of new light.

It was also a time for old legends, divination, celebration of the new Sun, burning fires, and even decorating the Christmas tree – as many still believe that the Christmas tree is a much older tradition than its contemporary representation, probably borrowed from the pagan tradition surrounding the Winter Solstice, which included tree worship.

These pagan tradition tell the story of a country with a rich cultural legacy. There’s still magic in the air, as the 47th Russian Winter music and arts festival is in full swing, in Moscow, at the Tchaikovsky Concert Hall. There is still magic, as Russian artists show off their skills and creativity at Moscow’s new ice sculpture museum in Sokolniki Park. The museum, a novelty in Moscow, opened December 12, 2010, and spans over 800 tons of ice and 200 tons of snow on 7,500 square feet indoor facility. 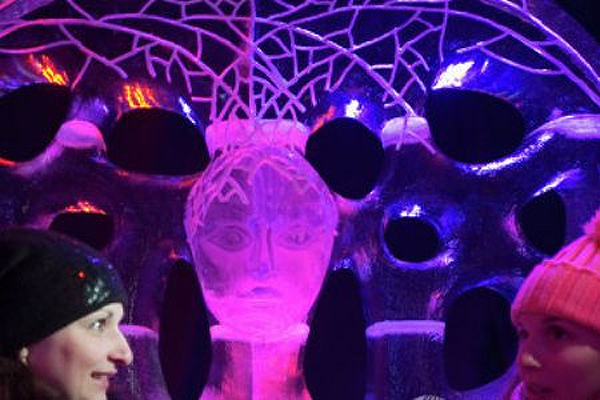 Although the Winter Solstice festivities are no longer officially dedicated to this pagan celebration, little children still receive charms to bring them good fortune in the year to come in some parts of the country, and the battle between Bielobog (the god of light) and Chernobog (the god of darkness) can still be seen in some traditions – represented on seasonal pottery, patterns and other such decorations. The gods don’t care about modern festivities. They still battle every Kolyada (originally Winter Solstice, currently the word used for Christmas), and every time, Bielobog wins the fight, till the Summer Solstice, when it is Chernobog’s turn to rule.

The magic of the Winter Solstice will be enhanced tonight, when a total lunar eclipse will grace the skies just before sunrise. For Russia and Northern Europe, this will be just the beginning of the eclipse. The end of the total eclipse will be visible rising at sunset for Japan and northeastern Asia. The total eclipse lasts for over one hour; it begins at 07:40:21 UT and ends at 08:53:34 UT, with the moment of greatest eclipse at 08:16:56 UT. It is visible over Britain and northwest Europe at Moonset (dawn); the Pacific and the Americas; and northeast Asia around Moonrise (Sunset). 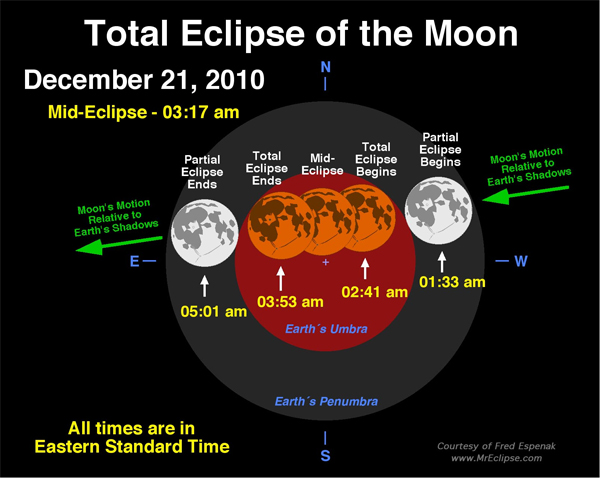