Here’s Why You Should Visit Levice This Summer

Levice Castle - a Gothic landmark dating from the 13th Century.

Levice Castle - a Gothic landmark dating from the 13th Century.

Maybe “visit Levice” is not on your summer agenda but add this Slovakian town to your bucket list. Although it is not the kind of destination that captivates from the first moment you arrive, you can make beautiful memories during your stay.

A 13th Century Gothic castle dominates the city as its main touristic attraction. It’s easy to lose track of time in the castle’s lush green park, and you’ll love the place if you want a peaceful escape or to explore a destination that is not even one tenth as touristy as Bratislava.

A true symbol of the town, the castle of Levice is standing on a volcanic rock hilltop on the left bank of the lower Hron river and houses the Tekovské múzeum, a regional history museum that documents the history, lifestyle, and folk culture in the region with a collection boasting more than 110000 items, ranging from archaeological finds to ethnic costumes and fine arts. The exhibition is rich and interesting for history buffs. Besides the static permanent display, the castle also welcomes visiting exhibitions and stages a variety of workshops, lectures, puppet theater, concerts, and seasonal festivals. Among these, the Levice Castle Festival and Christmas in the Museum are the most popular, received with great interest by local residents and also attracting visitors from neighboring towns and villages as well as mainly Magyar and German tourists. The museum celebrates 90 years of existence in 2017 and to mark the occasion will hold special events in May, from 15 to 18. The Levice Castle Festival is scheduled for June 10 this year. There will also be a castle fair in October.

If you don’t count the main square, the Dobo Château, the Roman Catholic Church of St. Michael the Archangel, which is a monument dating from 1780, and the St Joseph’s Church (1675) with its baroque Franciscan convent, the town doesn’t have much to appeal to tourists. But its location is excellent to explore alluring nature and to discover how people in western Slovakia live far from the tourist crowds. It’s a more authentic experience, fit for travelers who love to adventure off the beaten path.

Less than 20 minutes drive from the castle of Levice, Hronský Beňadik is a peaceful village famous for its Benedictine abbey founded in 1075 by King Géza I as the Monasterium Ecclesia Sancti Benedicti. This historic place of worship played an important role in the Christianization process of the region but also had a valuable contribution to the development of culture and education in the country. The village has several other religious landmarks, including the Church of Saint Giles, monuments, well-preserved examples of folk architecture, and a protected enclave of thermophilic steppe vegetation with rare flora and fauna at its northern border. 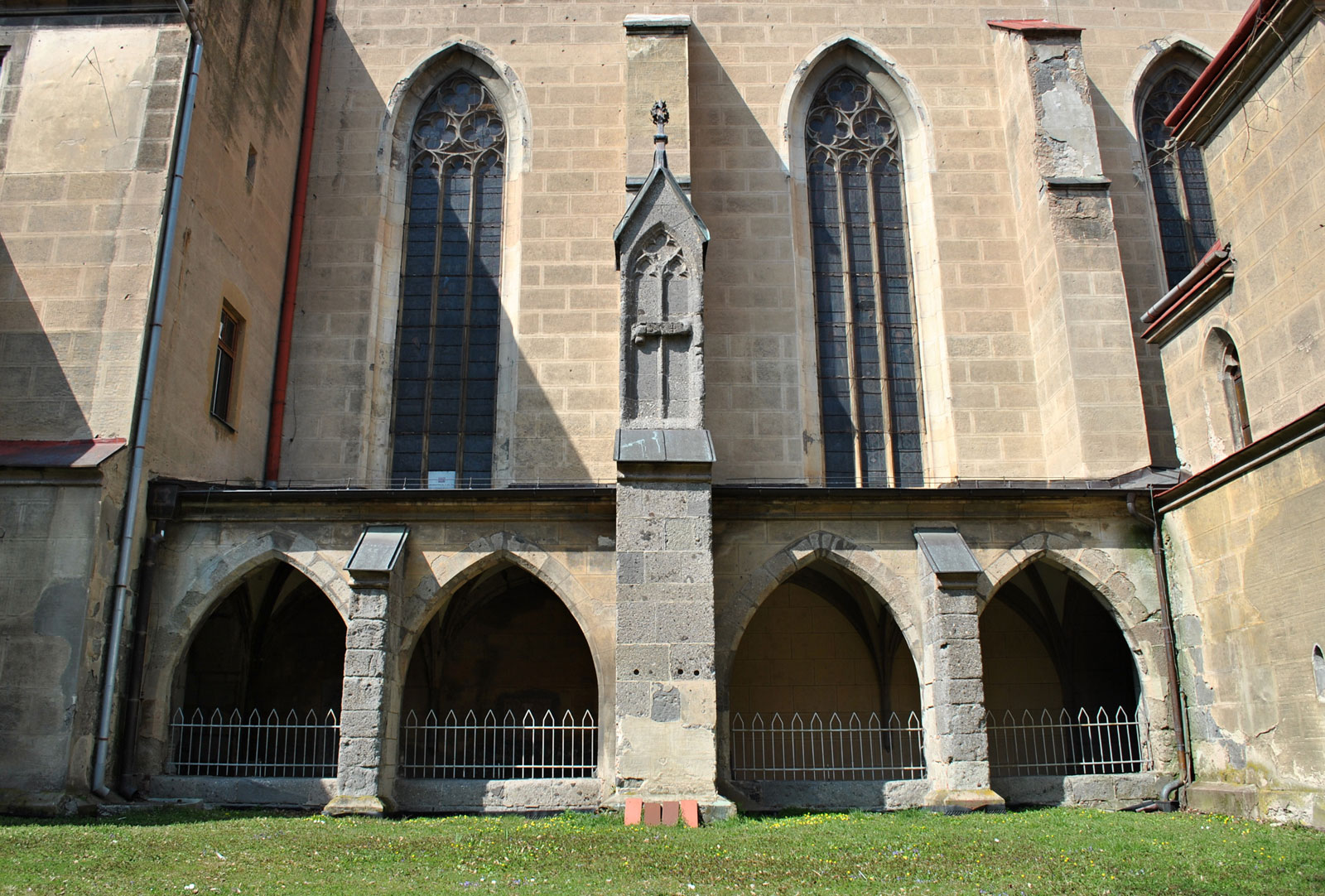 From Levice you could also drive to Santovka, a village known for its thermal waters. You can easily spend a couple of hours at the local spa Santovka Wellness to enjoy the healing benefits of the waters. The spa season begins in June, with the opening of the summer thermal swimming pool.

From Santovka you can continue your trip to visit the cliff dwellings of Brhlovce, an outdoor museum consisting of 19th-century homesteads, well preserved as an example of folk architecture. This is a branch of the Tekovské museum. 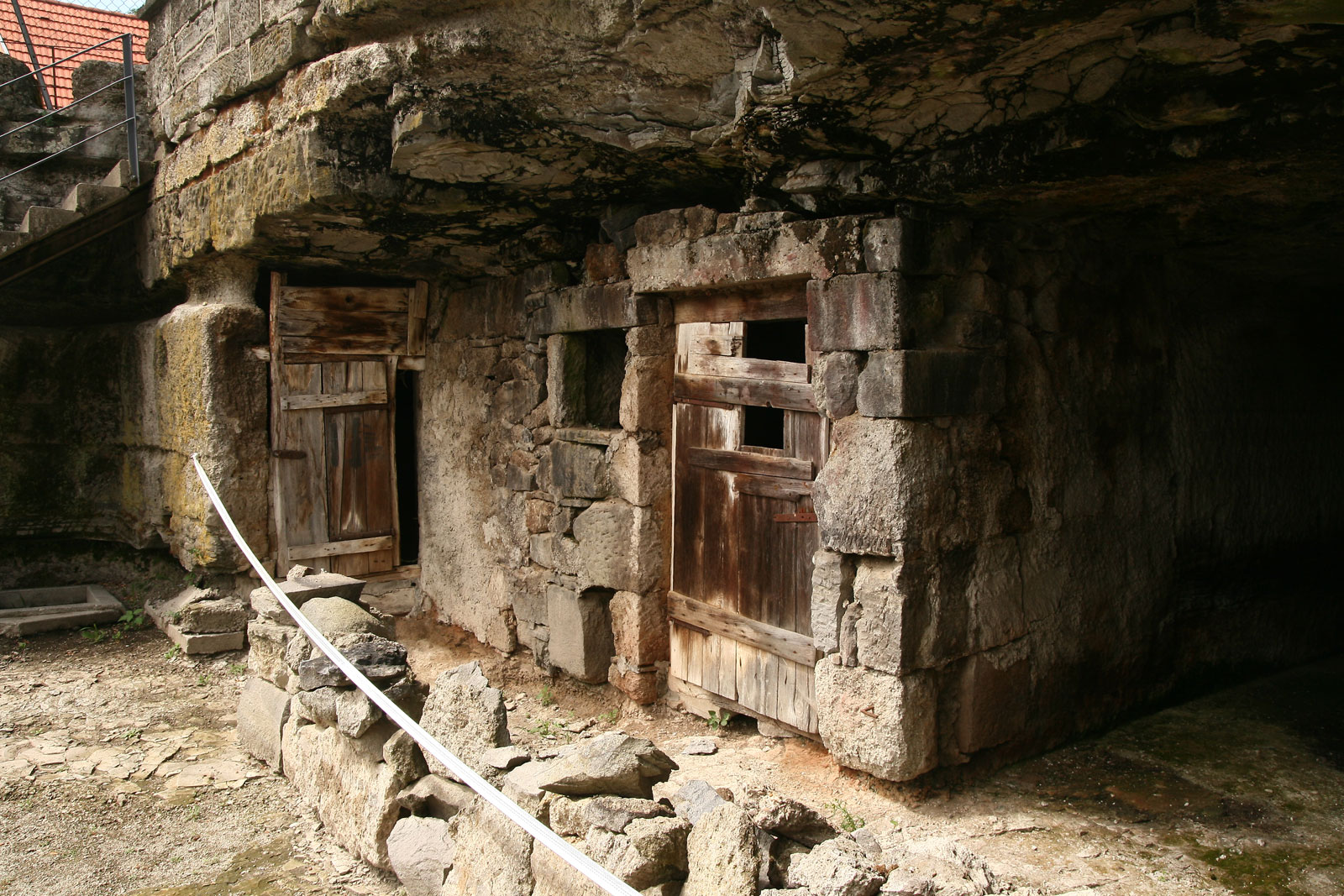 When you visit Levice you can also drive to Čajkov, which can be reached in less than 15 minutes by car. Many of the locals here enjoy wearing traditional costumes and speak in a local, soft dialect, called čilejkárske. As a matter of fact, the ethnic costumes of Čajkov are the most beautiful in Tekov and unique in the world. This is where you can buy something unique: a Krojovaná doll dressed in richly decorated local folk costume. During the village harvest festival held every fall, you can admire a parade and purchase local arts and crafts. They also have a protected natural area on the Štiavnické hills and are famous for their wines. You can visit their wine museum, taste local wines, and even buy a bottle to savor later, at your hotel in Levice.

Finally, you can always drive to Sitno, the highest peak in the Štiavnica Mountains, for hiking, but also because this is a site of significant archaeological interest. You can see the ruins of a 13th-century medieval castle, or hike up to the lookout point for a magnificent panoramic view. Sitno is the habitat of several protected species of flora and fauna, and it has a protected nature reserve featuring about 300 rose species, some of which are rare. In the way to Sitno you can stop for a couple of minutes in Pukanec to visit the Roman Catholic Church of St. Nicholas, which dates from 1505, and to buy local pottery.

As you see, Levice may lack in glorious landmarks within the town borders but as the only major urban settlement in this part of Slovakia, it is ideally located to allow you to follow your own itineraries that will transform your summer here in the experience of the year.