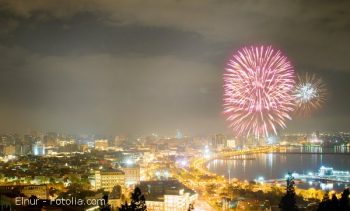 Once upon a time New York City’s Empire State Building was the envy of the world, the tallest skyscraper then constructed dwarfed all other man made objects. Fast forward to today and news from Azerbaijan. The filthy rich former Soviet Union outpost intends on using oil revenues to catapult itself into the modern age with a range of ambitious projects, including erecting the world’s tallest building.