For visitors headed to Macedonia a new government sponsored complex dedicated to heroes of the country should be of great interest. Situated in the middle of the Skopje 2014 capital project, wondrous statues reminescent of the golden age of Macedonian culture rise to inspire. 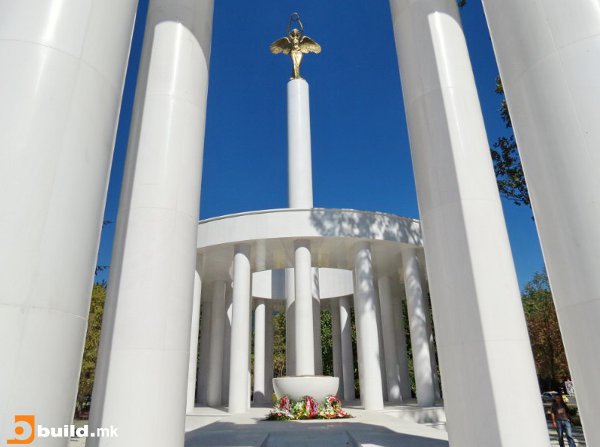 A massive complex of marble and bronze across from Macedonia’s Parliament, the three sections of this monument represent the living, the transient spirit, and the realm of the gods. The agora is dominated by a fabulous statue of Prometheus, while the transience aspect is symbolically represented by four great bronze horses and the words for immortality, freedom and justice scrolled in Latin at the capital. Finally, eternity is grandiosely represented with a colonnade of marble columns surrounding a central pillar over 20 meters high, capped by a winged goddess. The effect is awe inspiring.

Opened officially yesterday on Macedonia’s Independence Day, the monument is the centerpiece of the massive Skopje 2014 effort by the government to beautify Macedonia’s capital city. Massive statues, beautiful remembrances of the likes of Alexander the Great and more, this project is as ambitious as it is controversial. For visitors to Macedonia though, this latest landmark will be a feast for the eyes.

We leave you with video from the Macedonia Skopje 2014 project.