The wonders of modern technology mean that you don’t even have to head to the mountains to get out on the slopes these days. The UK itself boasts some excellent ‘real snow’ indoor ski and snowboarding centres which offer snowsports experience days and taster sessions helping you hone your skills or get a flavour of the thrill of the piste before deciding to jet off on expensive ski resort holidays abroad. The popularity of snowboarding or skiing means that some people are determined to try it out, even in the most unlikely locations. Here are five of the world’s most unusual snowsports hotspots:

They don’t do things by halves in Dubai, so it would come as little wonder then that when developers decided to build an indoor ski slope they also went ahead and built the biggest in the world. Boasting the world’s only indoor ‘black run,’ Ski Dubai offers challenging routes for even the most experienced boarders and skiers, as well as fun parks and beginners slopes, plus an Alpine-style village that seems a world away from the searing desert heat outside. 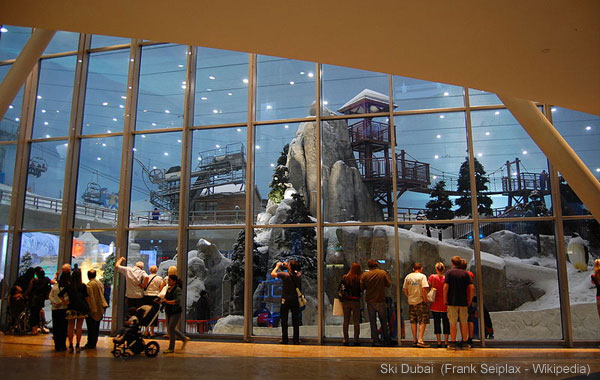 It may be more renowned for its surf beaches and sunny climate, but the backpacker favourite of Oz still enjoys the occasional snowfall. There are nine resorts which offer slopes to ride between June and September along the eastern mountain ranges between New South Wales and Victoria, which are all accessible within a few hours from major cities such as Sydney and Melbourne. Snow is inconsistent and the pistes aren’t the best and pale in comparison to Europe, but if you need your snow fix while down under then they will still serve you well.

“And there won’t be snow in Africa this Christmas,” sang do-gooding pop stars on Band Aid’s Do They Know It’s Christmas. Well meaning it may have been, but it wasn’t strictly accurate. Morocco often enjoys snow during the northern hemisphere winter months, especially on the Atlas Mountains which have their own ski resorts complete with their own ski lifts – as well as donkey-operated ski lifts. Heading further south, Lesotho is known as The Kingdom in the Sky, and is a tiny, mountainous country completely surrounded by South Africa. Top quality snowfall isn’t guaranteed but ski slopes have been built which operate on and off between June and August.

Unfortunately, since 2009 this no longer seems much of an option after the glacier which was home to the highest ski resort in the world completely melted. If you were lucky enough to visit before then though the Chacaltaya Glacier in Bolivia offered skiing and boarding at a whopping 17,400ft above sea level, on a par with Mount Everest’s Base Camp in terms of height. Nestled in the Andes mountain range, the ski resort was closer to the equator than any other and boasted South America’s oldest ski lift before its official closure two years ago.

The Faraya Ski Resort Real not only offers the chance to go skiing on real outdoor slopes in the Middle East, but it’s also within easy reach of the warm waters of the Mediterranean so you can mix it up between relaxing on the beach and then chilling out on the slopes. Just an hour from Beirut, Faraya is just one of six high quality yet largely unknown snowsport resorts in Lebanon. 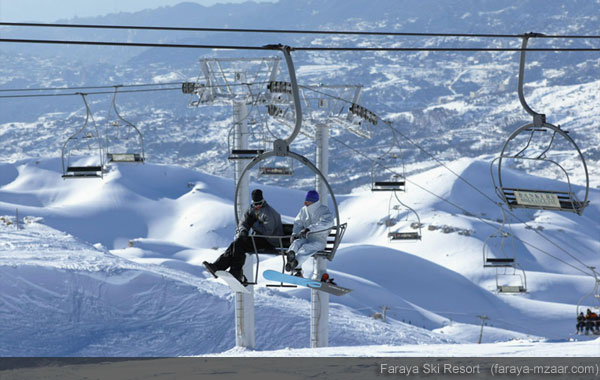 About our guest author: this article has been provided by Activity Superstore, the UK’s leading Gift Experience Days company.