World famous pop icon Shakira took to the stage in Baku last weekend, dazzling audiences with a memorable performance to mark the closing ceremony of this year’s FIFA U-17 Women`s World Cup, before repeating the trick the very next day with an hour-long show at the city’s Crystal Hall. 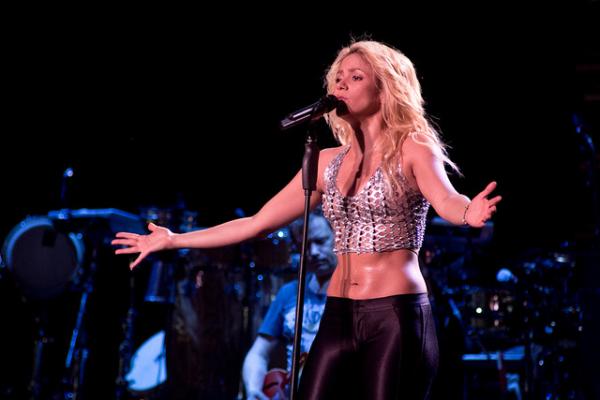 Both of Shakira’s appearances were preceded by performances from Canada’s Grammy Award-winning R&B star Melanie Fiona, who rocked the 27,000 capacity crowd at Tofig Bahramov Stadium with her smash hit Fool For You, which took the US charts by storm earlier this year.

However it was Shakira, six months into her pregnancy, who really grabbed the fan’s attention on both nights. Walking onto the stage at the Crystal Hall with her hands on her belly, the singer announced that “Me and my baby have come on stage together for the first time. We feel well and I feel like my baby is singing and dancing with me,” sparking an explosive reaction from her cheering fans.

Shakira, who cancelled several other performances this month but kept her promised dates at the Tofig Bahramov and the Crystal Hall, venue of this year’s Eurovision Song Contest, was forced to give up her sexiest dance routines due to her pregnancy.

Nevertheless, Shakira’s sexiness was still all too evident in both of her performances, with the star swinging her hips in her trademark, seductive style as best she could, whilst performing hits like “Whenever, Wherever”, “Waka, Waka” and “Loca”, before ending the performances by blowing a kiss and announcing “I love you, Baku!”

Check out Shakira’s performance at the FIFA U-17 Women`s World Cup here:

Main image by h20tubig via flickr.com