In cultural news from Romania, a new museum in Brasov was dedicated to scholars; Ion Column, Emil Micu, Tudor Ciortea and Emil Bologa on Friday. The museum complex houses tens of thousands of rare, irreplaceable documents and more. 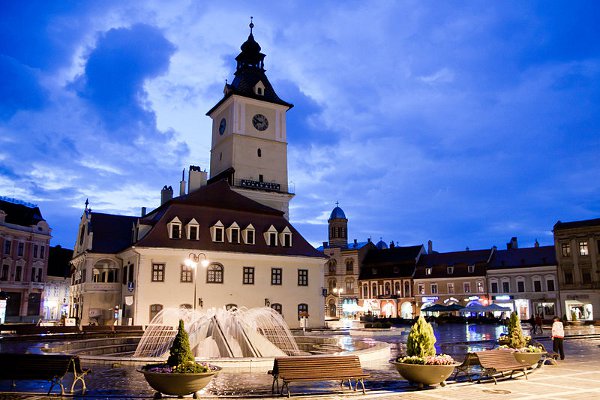 Located at Şcheii Brasov, near St. Nicholas Church, the news museum holds objects, documents, and art owned by these scholars. Items such as the work table of Tudor Ciortea, a chest of Ion Column, paintings, a gramophone purported to be the first ever in Romania, and many more interesting artifacts are displayed.

“By opening this museum we aim to bring back the memory of the four scholars Brasov which was forgotten about by all and not worth it. exhibition titled I and open at the inauguration of the museum objects ‘Scholars Brasov-forgotten souls’, and I think we make a reparatory act for our ancestors, who sat at the foundation of our spiritual existence a dowry moral of our mind we eat well.”

The purpose of the museum is to show Romanian citizens the contributions of these four, largely forgotten, scholars, and their contributions to Brasov and Romania. For those unaware of theses scholars contributions:

Ion Column (1902-1969), set up Brasov’s first public library in Brasov, founded the Museum, Astra “cinema, Astra” and Conservatory of Art. He was imprisoned by the communists after which he established the first First Romanian School Museum.

Micu Emil (1915-1978) also suffered the indignities of political imprisonment as a professor at the Commercial Academy Cluj-Brasov. He founded the Museum of Brasov Bran and continued after Ion Column as director of the First Romanian School from 1969-1977. He is known for its many historic nature publications.

Emil Bologa is considered the largest collector Ex Libris, and collector of historical paintings and ancient documents in Brasov.

Tudor Ciortea (1903-1982) followed the composers George Dima and Lassel Rudolf in Braşov, and graduated from the Music Academy in Cluj Conservatory. Ciortea was one of Romania’s most influential composers of the 20th Century. He published numerous texts and presented chamber music at the Brasov Chamber Music Festival.

For travelers unfamiliar with Brasov, the city is located in central Romania first mentioned about 1235 AD under the name Corona. In ancient times the Dacians maintained fortresses in the area of the current city, but habitation of this part of Romania goes back to the new stone age. The city has a long and fascinating history including having originated as a German colony.