Oceania Cruises, one of the world’s top luxury cruiselines, cristened their latest vessel, m/s Riviera in Barcelona yesterday. The 66,172-ton vessel, built by famed Italian yard Fincantieri’s Sestri Ponente, will set sail on a 10-day maiden voyage from Venice to Athens beginning May 16. 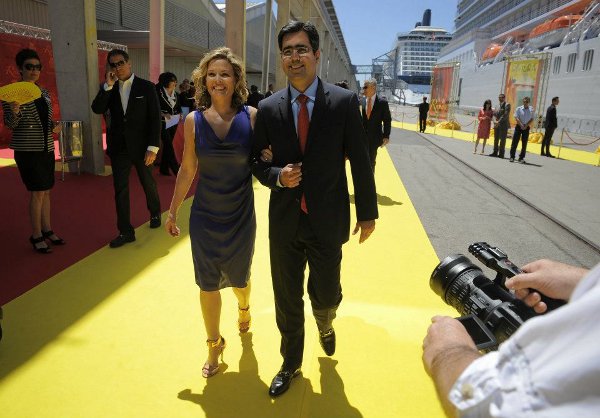 The cruise line’s newest ship, Riviera also has a celebrity godmother Cat Cora (seen above with President of Oceania Cruises Kunal S. Kamlani), master chef, restaurateur, humanitarian, author, and co-host of Bravo’s “Around the World in 80 Plates” show.  Also, Riviera is equipped with a Bon Appétit Culinary Center for cooking instruction, as well as the La Reserve by Wine Spectator for wine tastings and pairing dinners, etc.

Starting May 16 and through November 29 of this year, Riviera will offer some 20 Mediterranean voyages. The suggested ports of call are scheduled to include destinations in; France, Italy, Greece, Spain, Portugal and Turkey as well as Israel, Croatia, Cyprus, Montenegro, Morocco and Monaco. The maiden voyage is slated to visit Cephalonia (Argostoli), Motril (Granada) and La Palma in the Canary Islands.

For more information make a reservation, see your travel agent, visit the company website via the links above, or call toll-free 800-531-5658.

The image below, from the Oceania Cruises blog shows the selection of choice Lobster during the trials on Riviera. 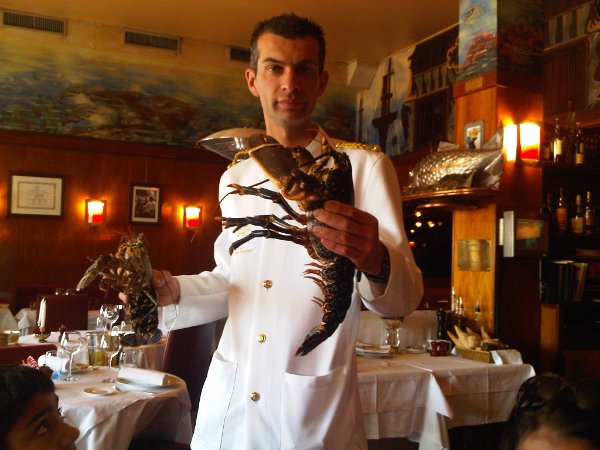 The WWF Warns Us the Mediterranean Is Becoming Tropical Sea
Europe’s Second Lockdown Already Crushing Stays
Will the Coronavirus Pandemic End the EU Experiment?
Four Balkans Countries Will Bid for 2030 World Cup
Previous: Hotel Prices Fluctuation in Europe for May 2012
Next: Romanian Wine Routes – Where to Go to Taste the Best Wines