Q1 Profit and Loss: Weeding Out the OTAs

In a 2014 economy seemingly stagnated OTAs and other travel businesses are feeling some pain. This is not the case for Priceline Group, which just showed a 1st quarter earnings jump of some 36% on international bookings. However, this company’s gain is evidently Orbitz’s and other digital travel business loss. Are we seeing a “weeding out” of good travel entities versus bad ones? 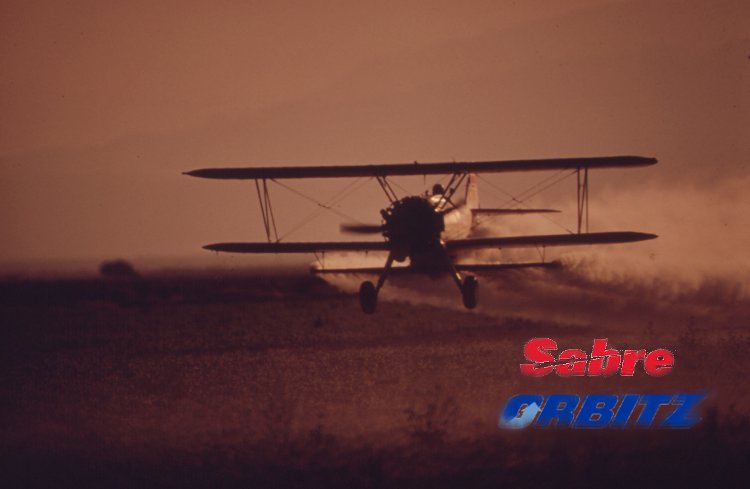 Reporting higher than usual profits this year, largely because of the Kayak Software Corp. acquisition, Princeline Group’s $331.2 million quarterly profit ups the stakeholder’s part more than $2 per share over last year. On the down slide, even though Orbitz February saw value added by Travelocity asset acquisitions, income taxes set aside counterbalance a modest growth in revenue over last year. Orbitz is not the only victim of balance sheet woe. eDreams Odigeo skidded and slumped on being listed last month.

Even travel tech giant Sabre continues to baffle many (Seeking Alpha) as a non-profitable business that somehow floats still. The acquisition of Lastminute.com back in 2005 has led nowhere, and Sabre’s core services are less and less needed in a modernizing travel world. Not specifically an OTA, Sabre’s various businesses revolve around such. SABR in April and May of this year shows no signs of a rebound. Expedia, on the other hand, shows healthy growth pains, ups and downs so far this year. As for Sabre and Lastminute bluntness, even the Australian subsidiaries that showed promise have turned out to be real stinkers. Wotif.com started off like gangbusters, then tanked even though the company is profitable. 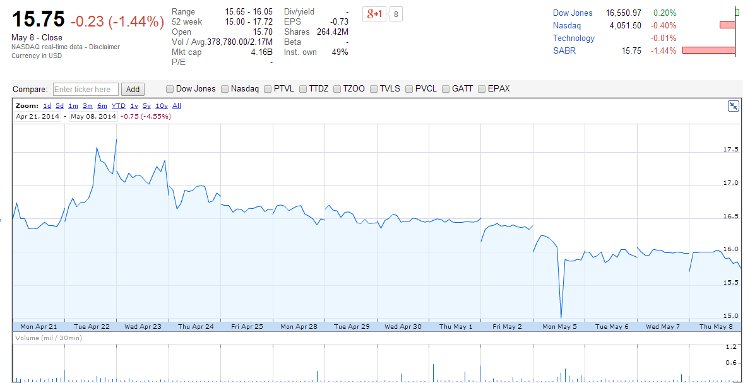 SABR May 8 – Close via Google Finance

Are we seeing a thinning out of online travel agencies (OTAs)? Decidedly so. The fact of the matter is most newcomers and many established online travel businesses just can’t keep pace. Either the brands are weak, or corporate mindsets disallow flexibility in a market decided by sure footed diversity. With the huge shift to new connected and supremely mobile booking platforms, some companies just won’t be able to cut the mustard. We’re likely to see Expedia, TripAdvisor, and some regional players obliterate the competition. Of course new companies will emerge to take up the niche profits. Expedia and the other successful OTAs are not exactly enamored with change either.

So, there’s room for growth worldwide in fringe markets, and in replacing Lastminute.com etc. Not to doom that OTA prematurely, but the clock is ticking for last minute moves. Fact is, in a shrinking travel market, Expedia’s profits are someone else’s losses, the weeding has commenced.

What If the Secrets of Keftiu Could Rescue Humanity’s Future?
Odd Christmas Traditions Around the World
The Connectedness of Beauty: A Secret of Crete Few People Know
Visit Greece – The Nation That Put the Elderly Last In A Crisis
Previous: Ritz-Carlton Announces 15 New Hotels Worldwide
Next: Thomas Cook Goes to “Go-To” Digital Gurus